Pinetop Arizona Through Globe And Back

Pinetop – never been there before, never been to this part of Arizona before: it surprised and delighted me.

When Remus secured lodgings in a lodge in Pinetop we were quick to agree, especially after checking out the forecast for Phoenix and Pinetop where Pinetop was an instant hit with only double diget numbers.

There were two ways to get there. One up 87 then 260 through Payson, a road we’ve been on several times, not a bad road, not ugly, but one tires of the same roads over and over.

The second was up US 60 to 260 through Globe. This was definitely a good choice.

Once you get into the mountains past a turnoff to Florence this road turns scenic with long windy turns: from desert to plains covered in grass to hills and mountains with trees, not just pines. The lack of traffic was another plus. The road is smooth: one can go slow or fast, just if you go fast have a radar detector because there were quite a few cops. Twice we were warned to slow down by the beep of our detector, not that we were speeding, but for safety reasons you know.

The scenic view turn truly awesome when you enter the Salt River Canyon. The windy road calls for slow downs to 25 and 35 mph as you first roll down into the canyon, past the Salt River, then up again. By the way, if you’re  not making the connection this is the river that eventually runs through Phoenix – or ran through Phoenix and was the birthplace and the reason for the city’s existence.

On the way there the sky was a bit hazy and the mid day sun make photography a big difficult, yet this first photo of Joanna came out pretty good. You can tell there was a good amount wind. 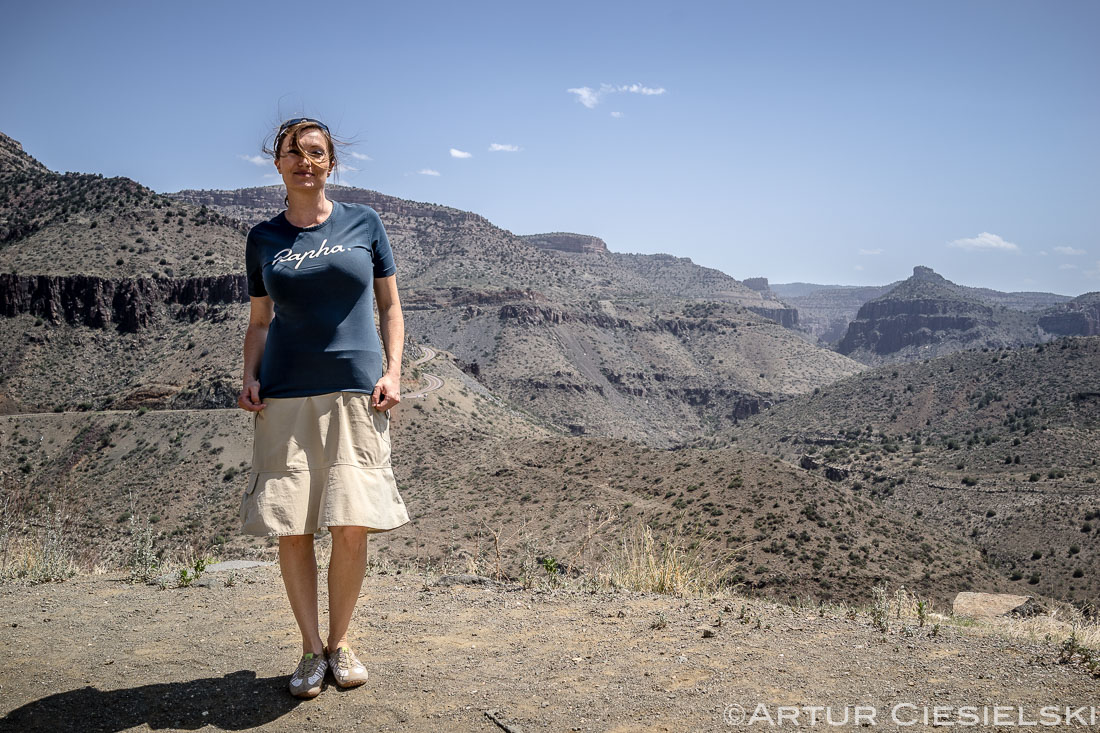 We arrived almost at the same time at the cabin. Remus and Adriana left much later than us, yet we arrived 1-2 minutes apart. In the photo below we’re already settled and relaxing, taking advantage of the beautiful clean, easy to breath air: it was about 64ºF. 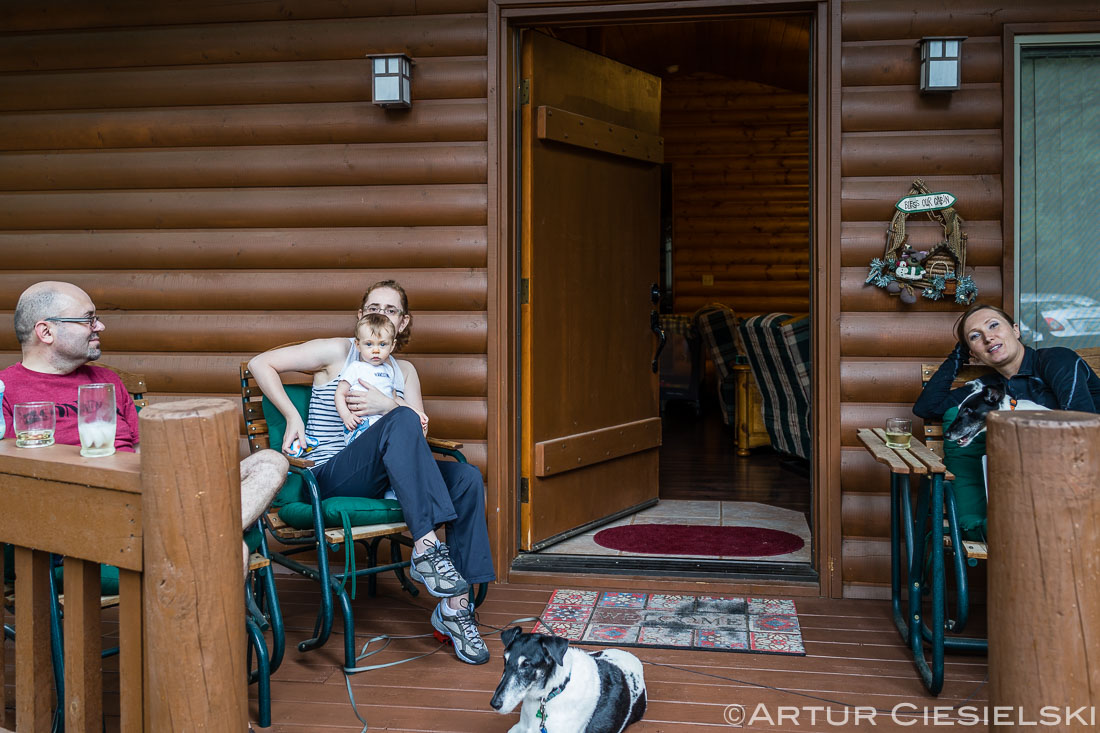 Remus and Adriana forgot their camera so I took some extra photos of them. The small guy is Lucas, their son. 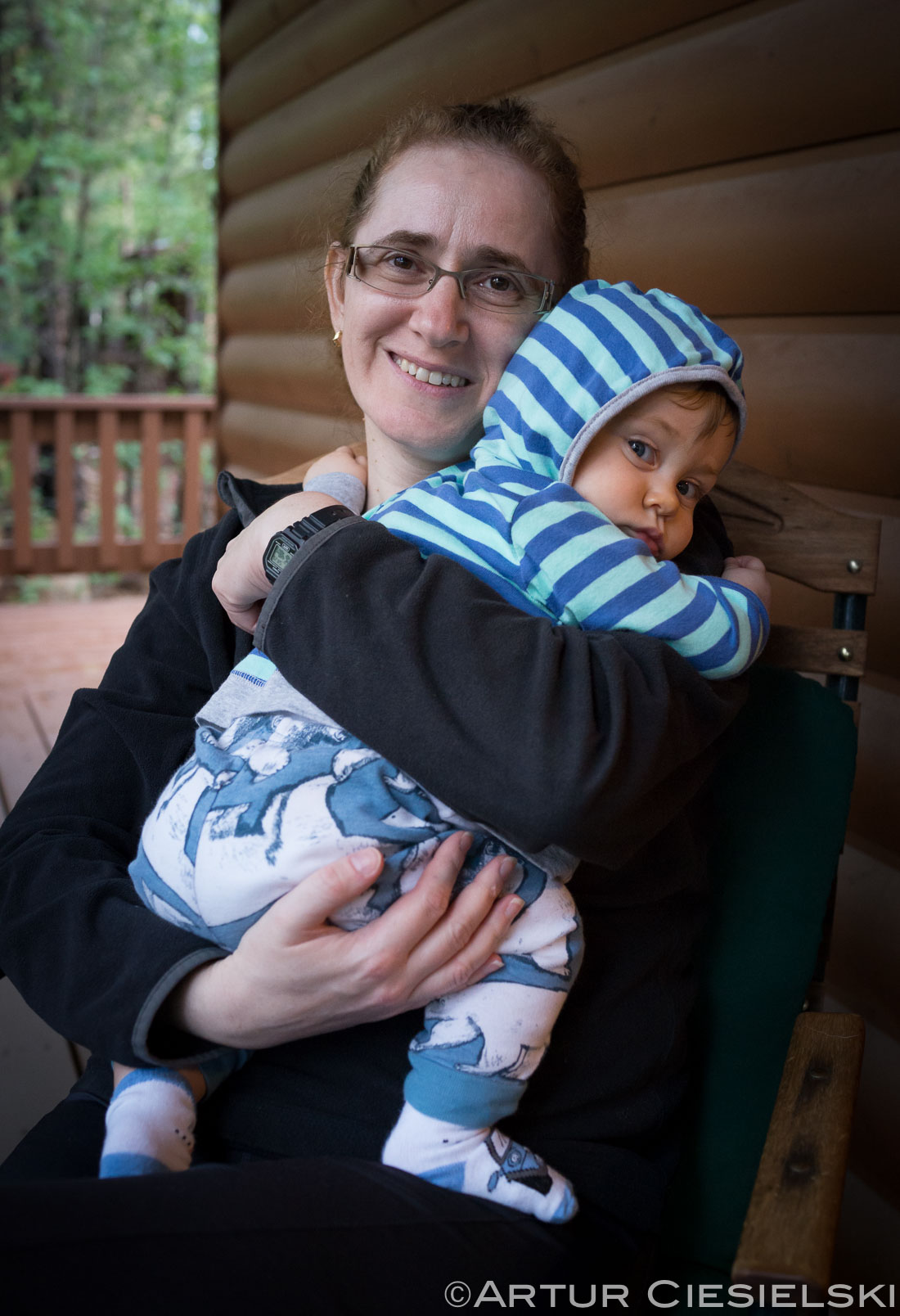 Maya, a bit distressed at the lightening in the distance. 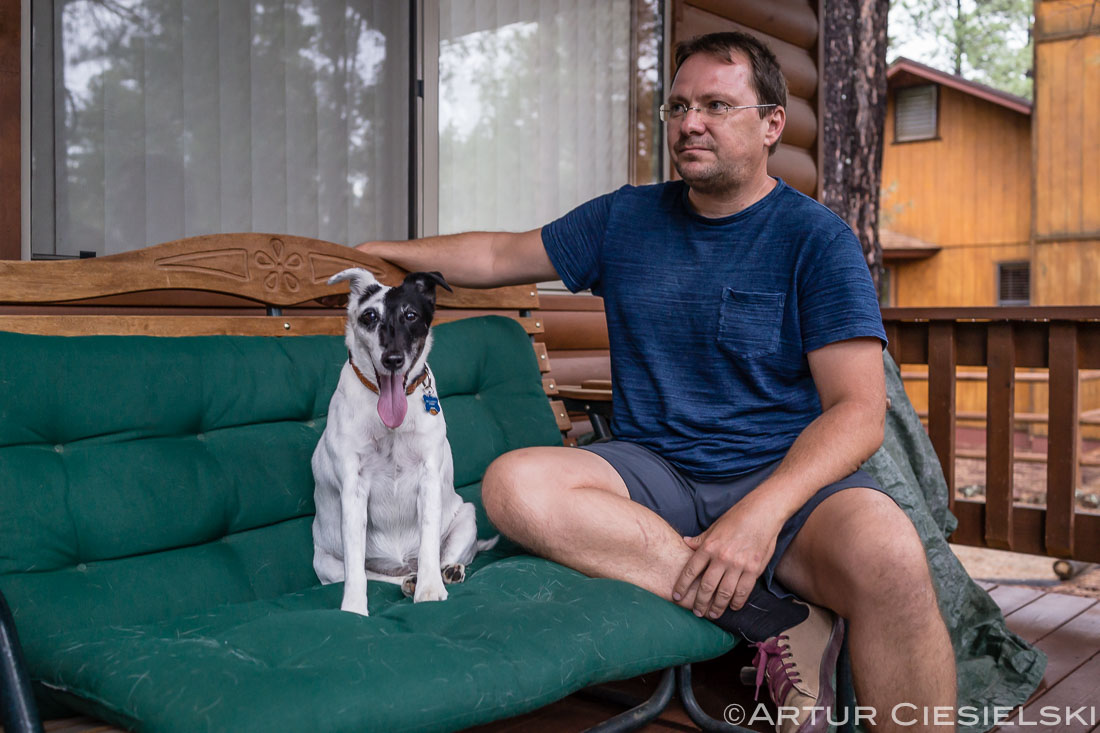 That’s Lucas being put into some contraption that Remus has to put on to carry Lucas. This is one of series of photos of them fiddling with it. It took a good few minutes to figure out, get Lucas comfortable and after that everyone was smiling and ready for a walk as seen by the lower photos. 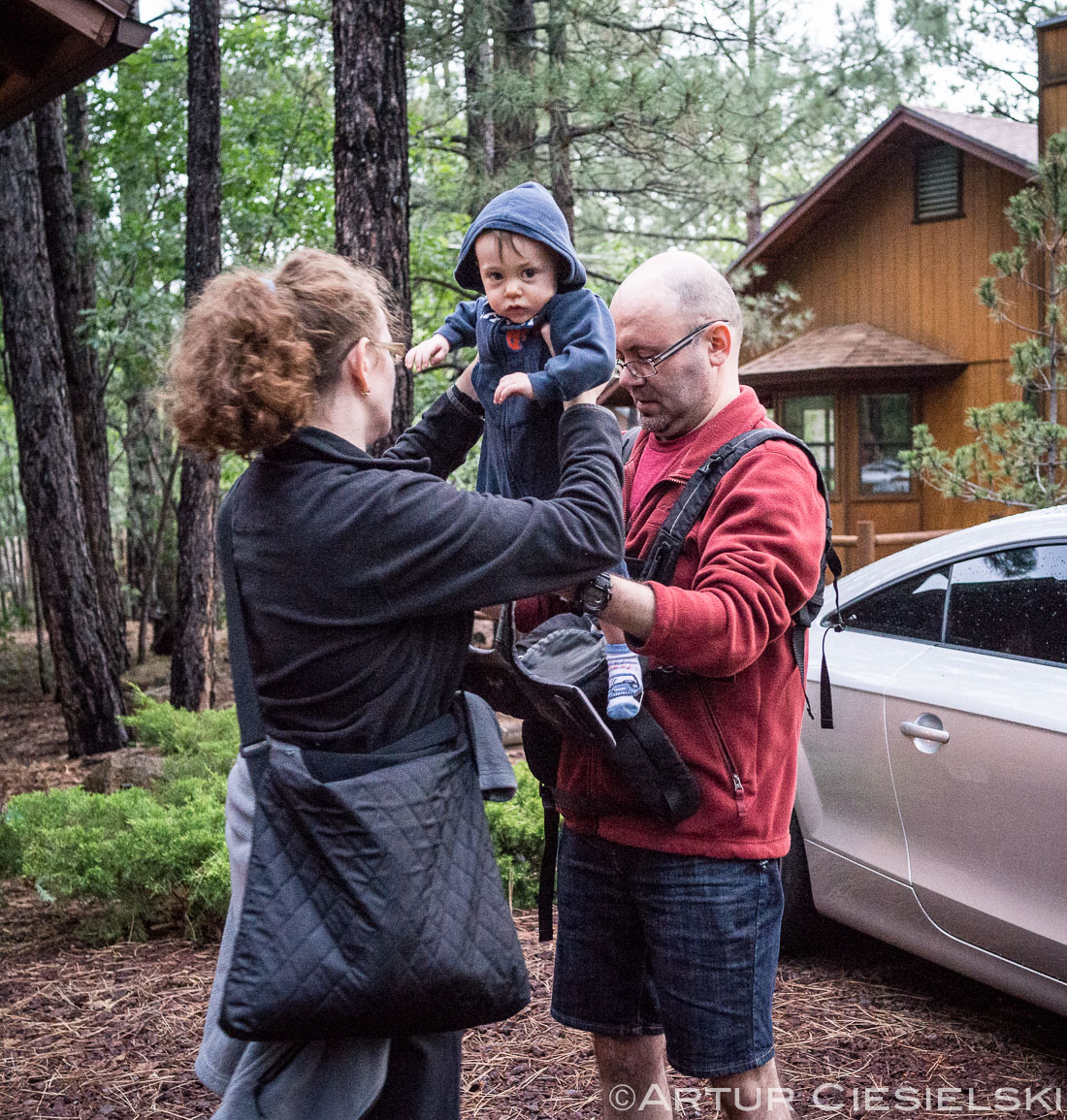 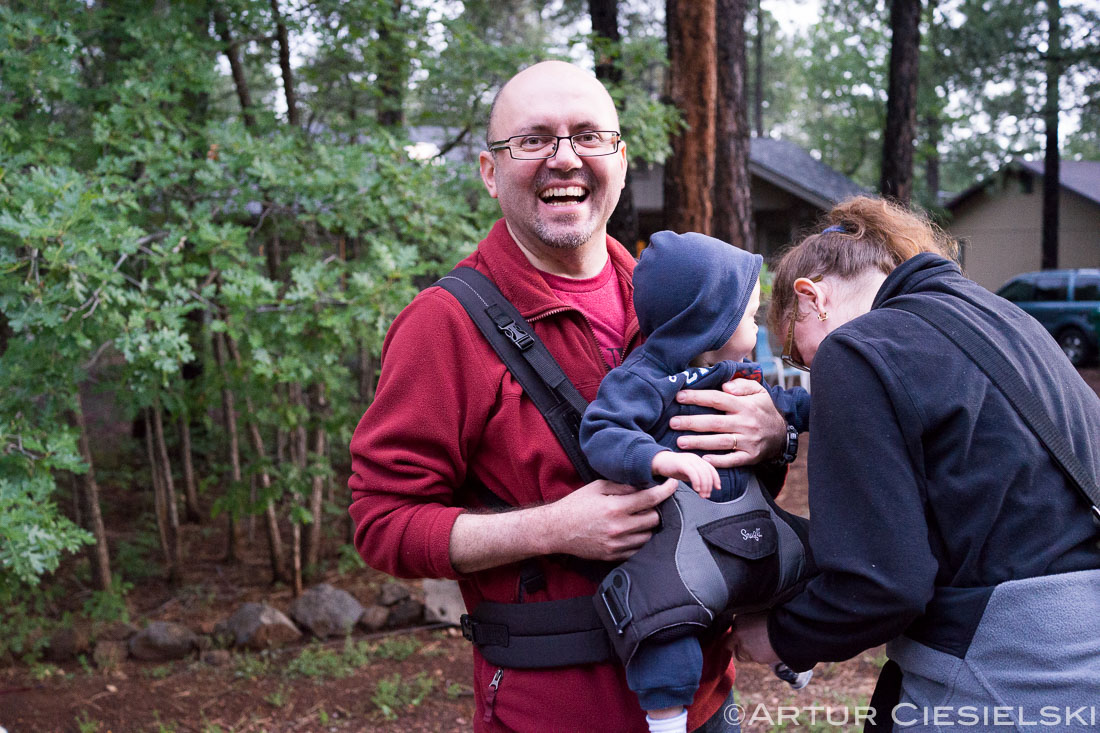 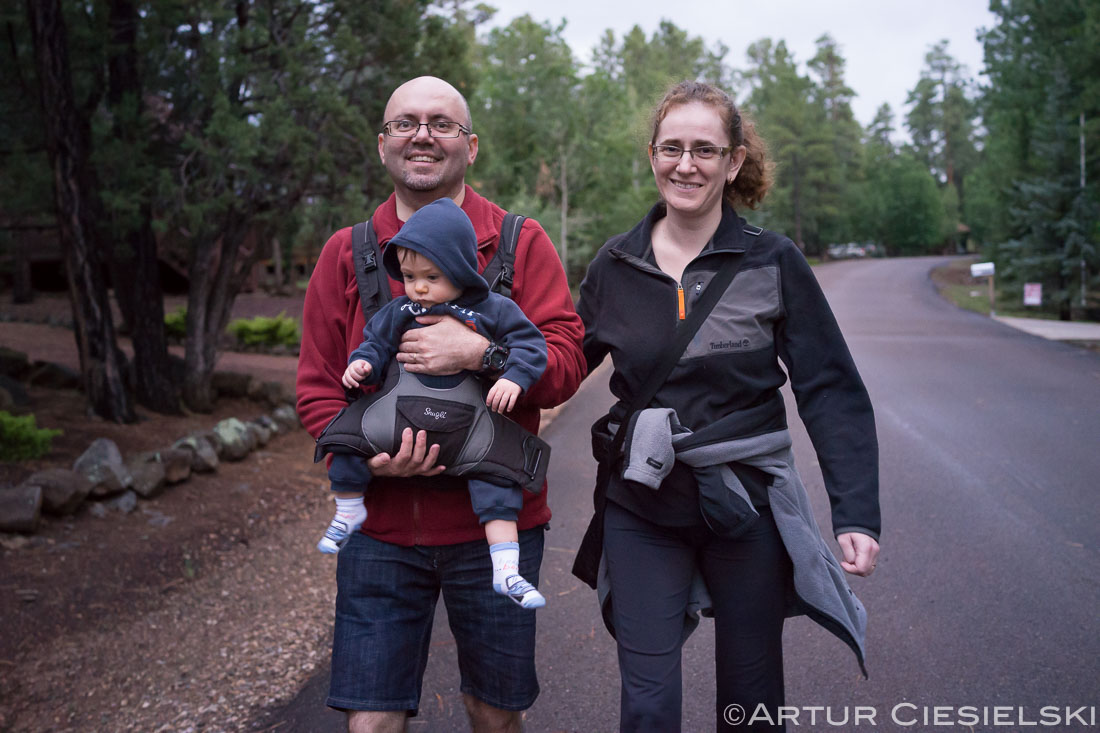 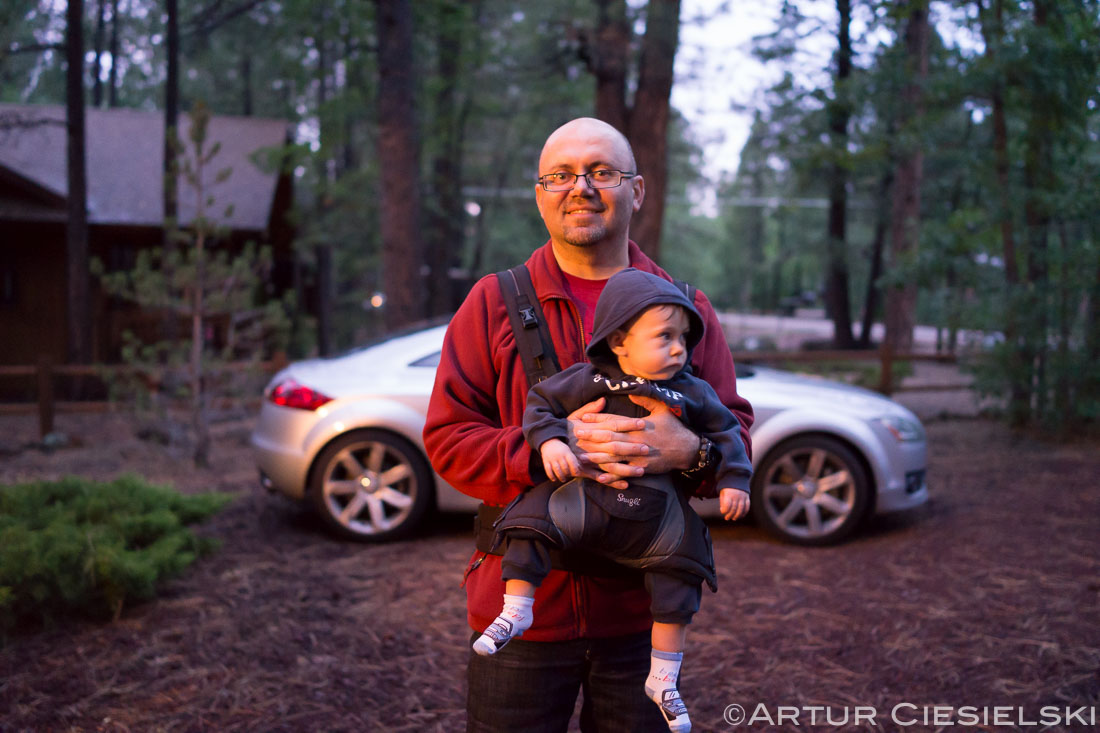 Lunch went by, dinner went by. We mostly sat outside enjoying the cool air.

With the rain, light wind and lots of thunder the air cooled and freshened up even more. The smell of pine was intoxicating and relaxing. 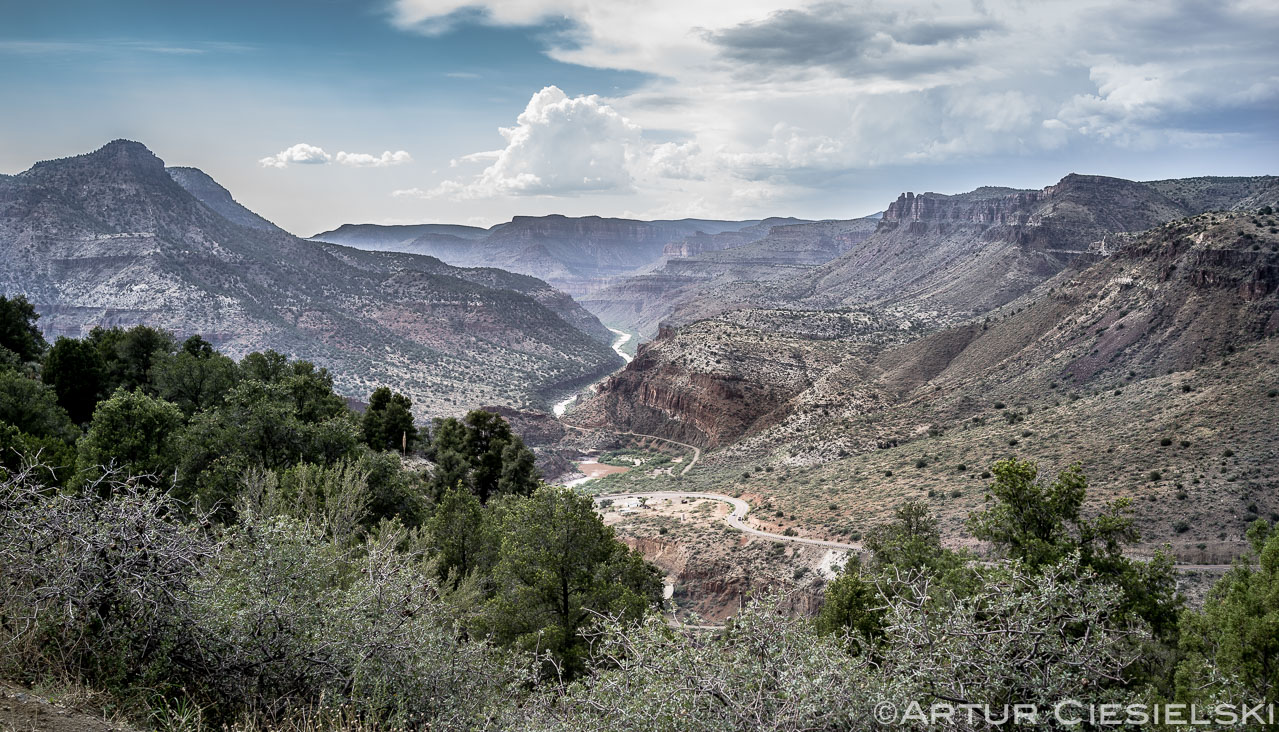 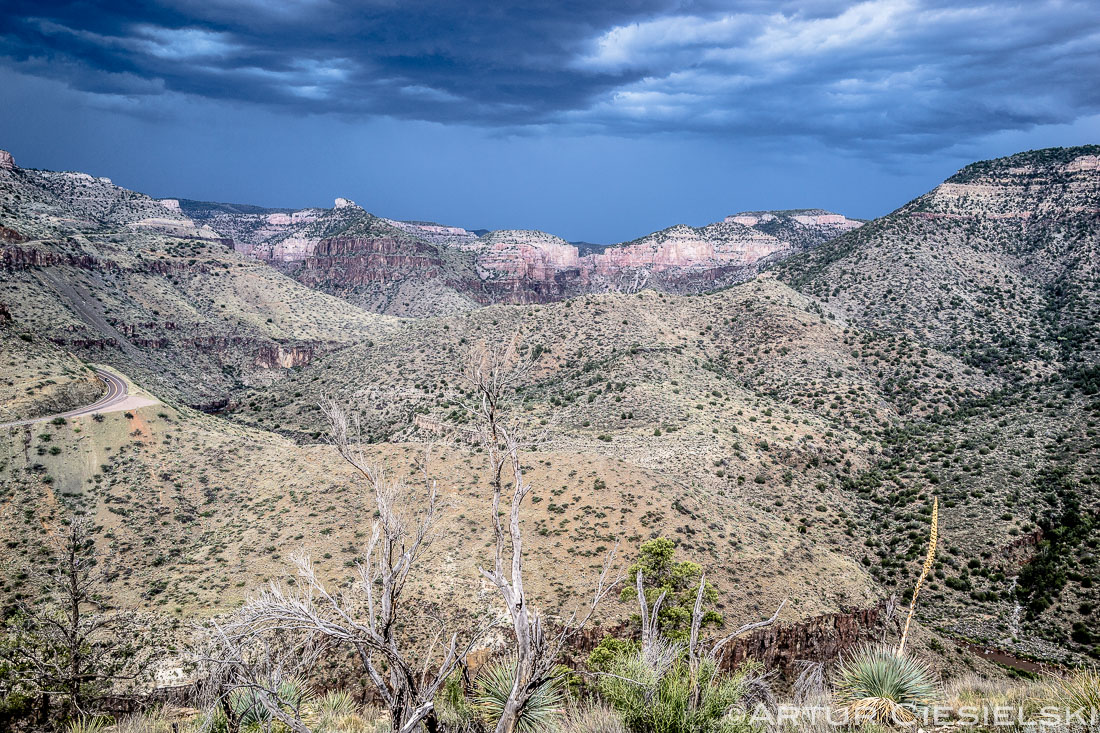 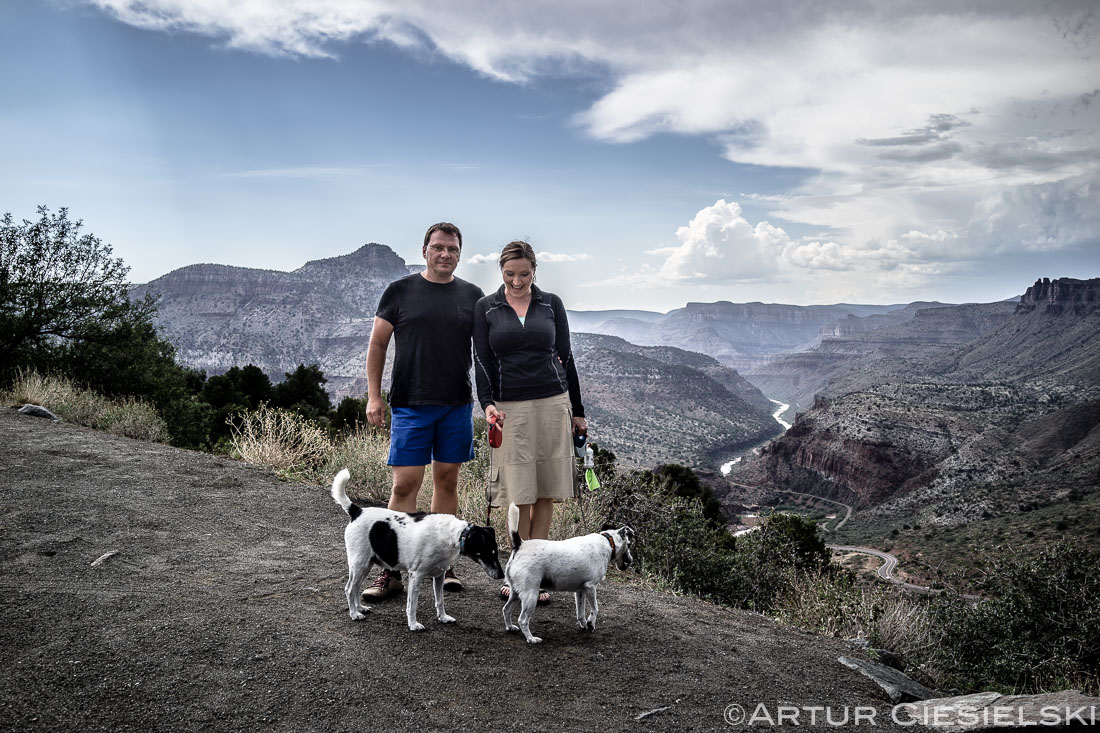 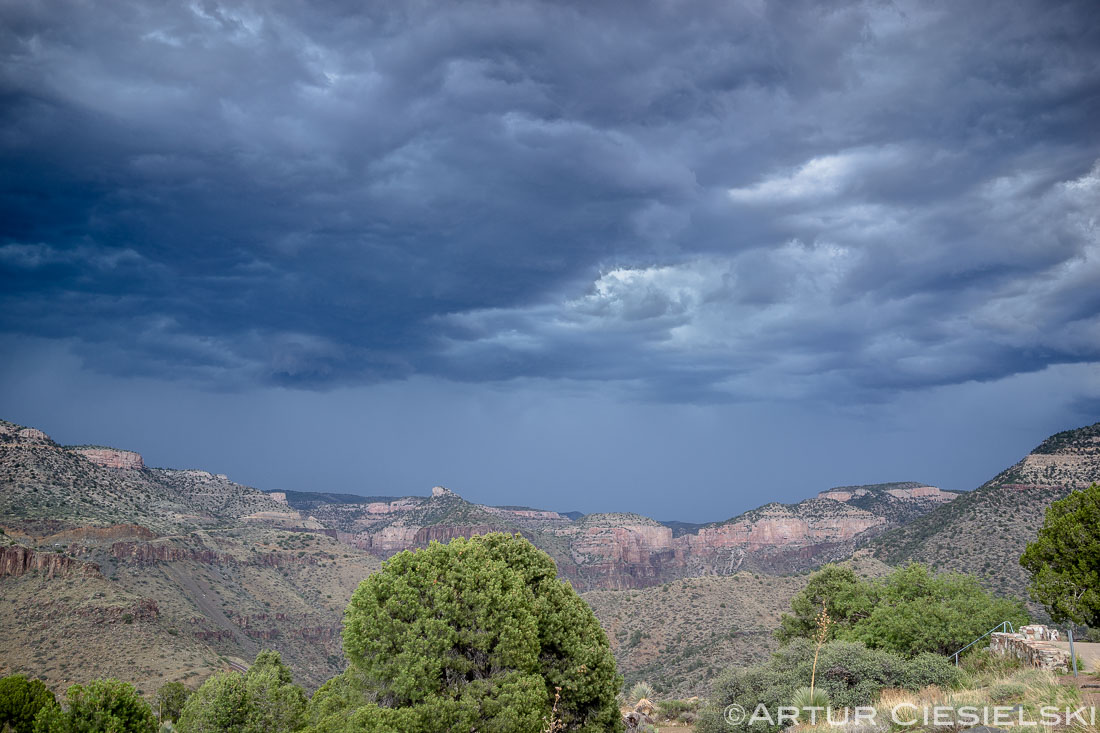 Maya and Rupik were very tired on the way back. The activity and lack of day sleep caught up with them and they made for it in the car and later, even the next day, at home. 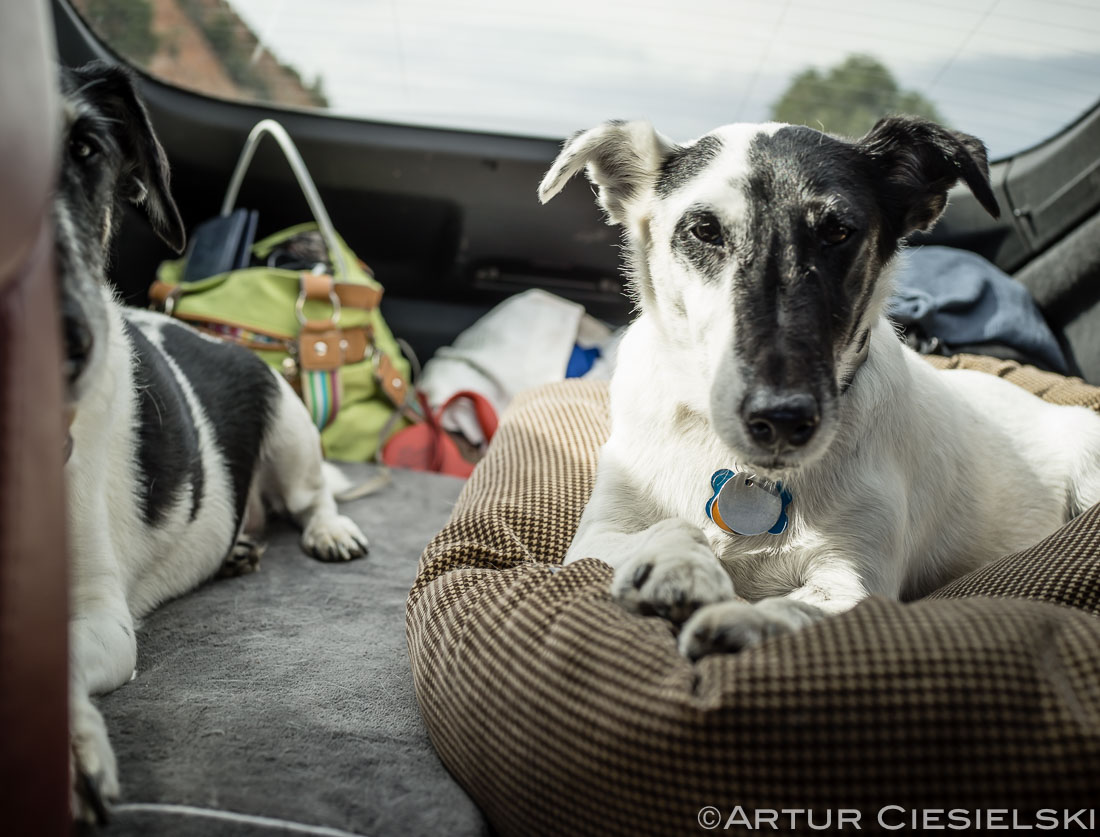 Over The Hill To Jerome And Back