The day started out early and pretty awesome. I left the room at 7:30 am. The streets were quiet and empty, the town still asleep or at least just getting ready for the day.

The first photo is just a few pedals outside the town on the road to the next destination. It rained during the night. The streets were still wet and the sky overcast. There was a wonderful fresh smell in the air: moisture, leaves, trunks, grass, dry brush. It was nice.

About an hour into the ride it started raining. I just went on to one of the off road trails and took refuge under a massive green tree with large leaves hoping that the the rain would calm down and the water droplets would not reach me as they tumbled down leaf by leaf before I left.

When it calmed down I left, covered in a cap and rain jacket. It was a slow wet ride for the next two hours before the clouds broke loose and the sky began to show its bright blue face. 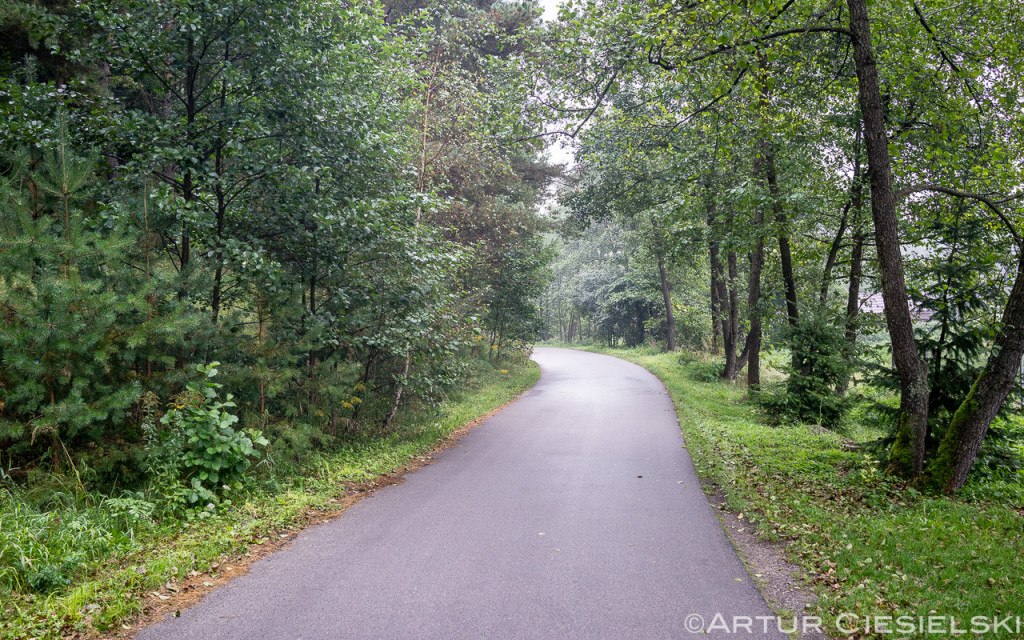 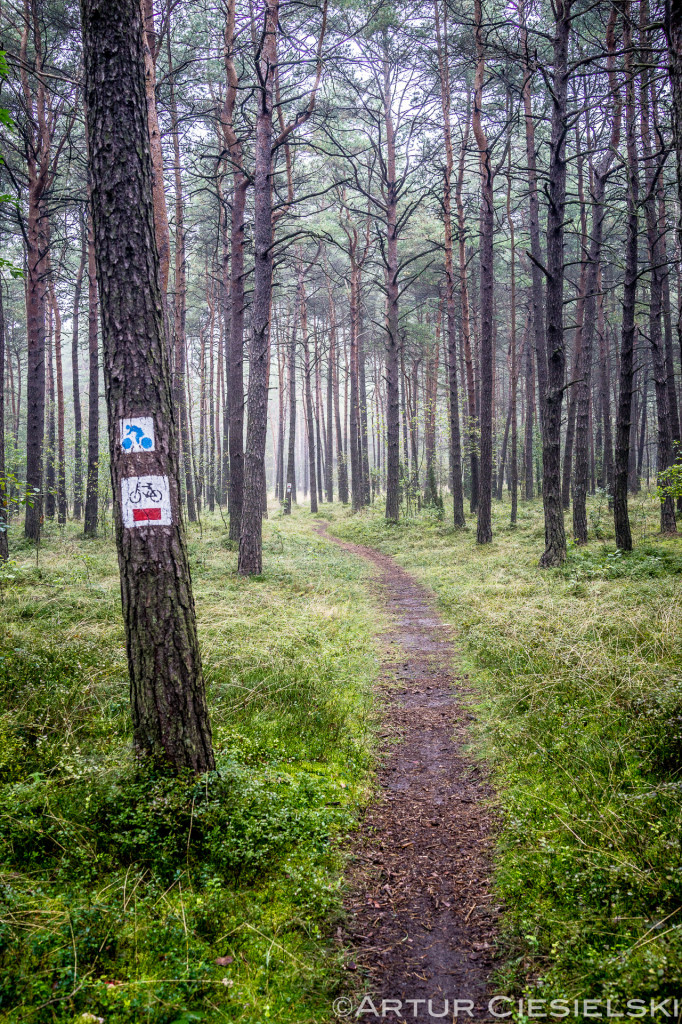 This one is a bit rough around the edges and inside. 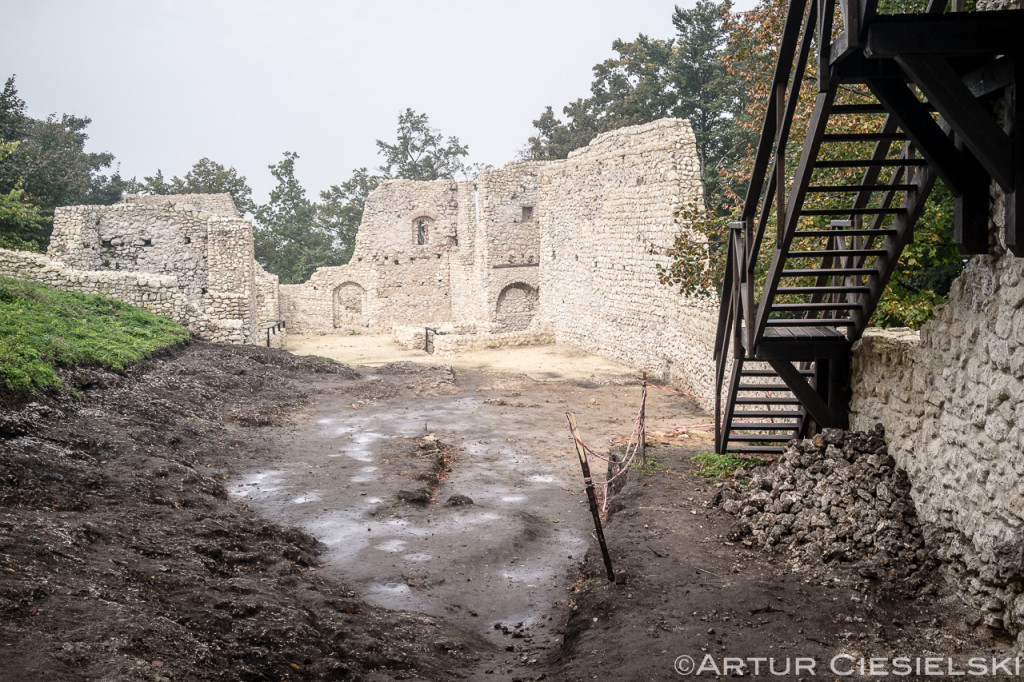 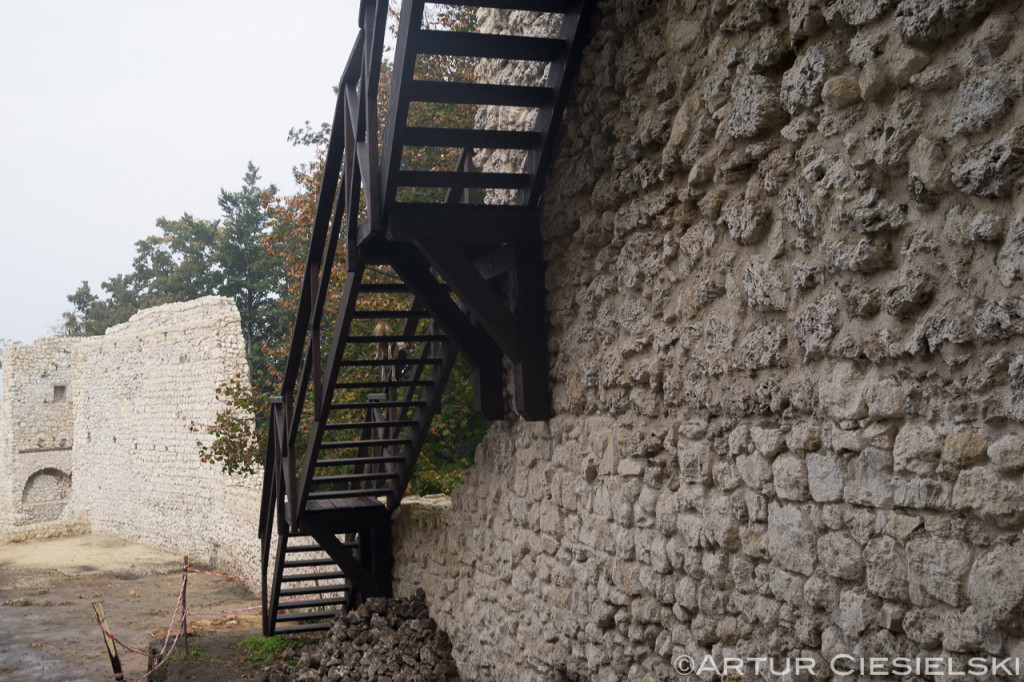 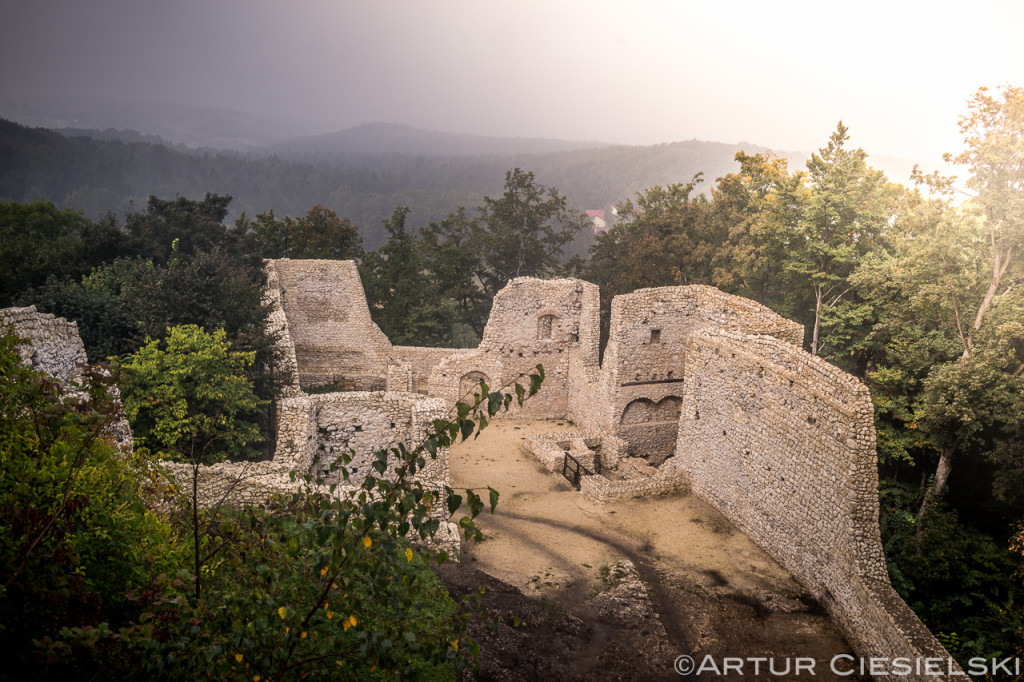 For a while this beautiful dog disappeared, then I saw her peaking at me through one of the passage ways. I think this was one of my favorite moments of the day. I’m not sure if she made the castle her home or she lives some where else, but even as I traversed the castle walls back down to fetch my bike she followed me, until I rode away. I tried to pet her, but she was scared. 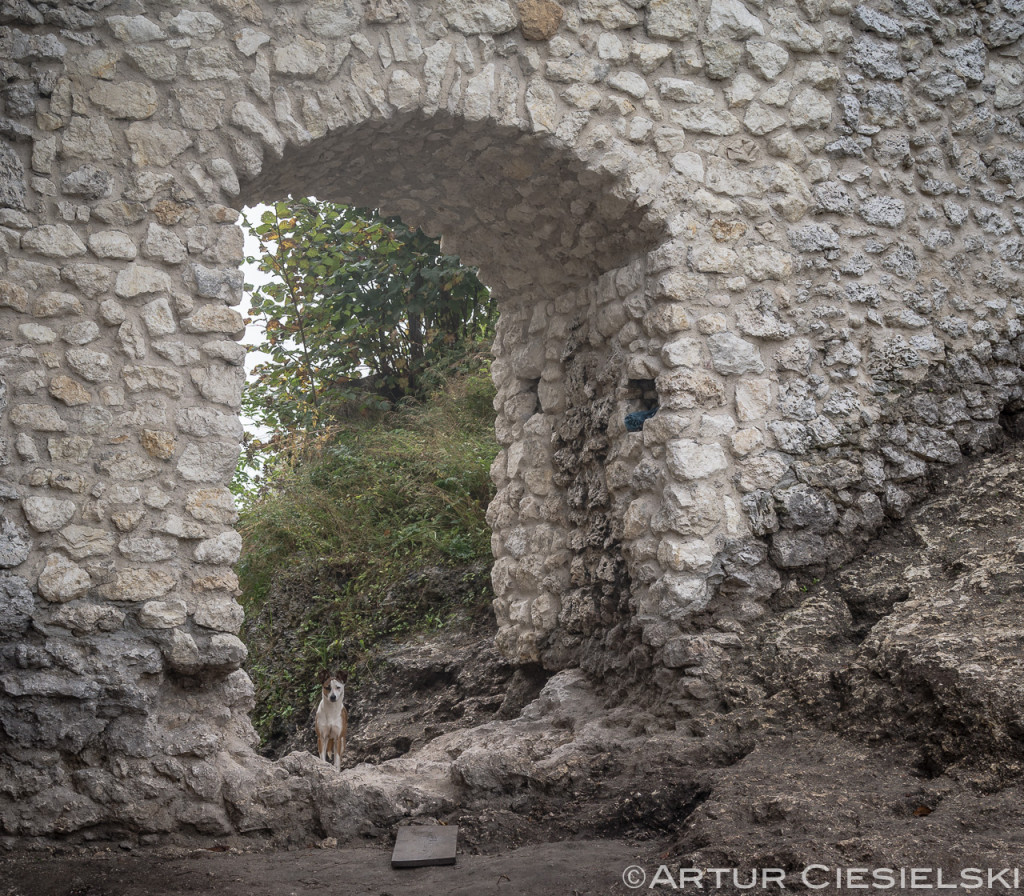 This massive castle was a treat to see, especially empty as it was. It was obvious that this is a hot spot for tourism with all the bars, restaurants, shops, a scare  house, activities and museum. It’s Tuesday and the off season. Just a hand full of people were wandering around the stairs inside. 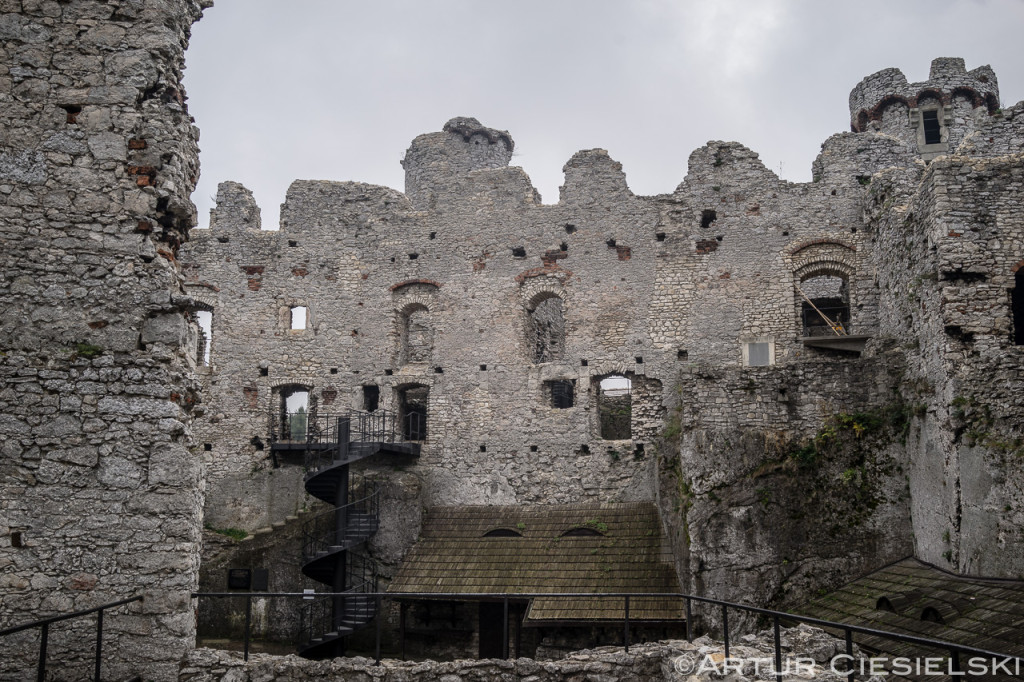 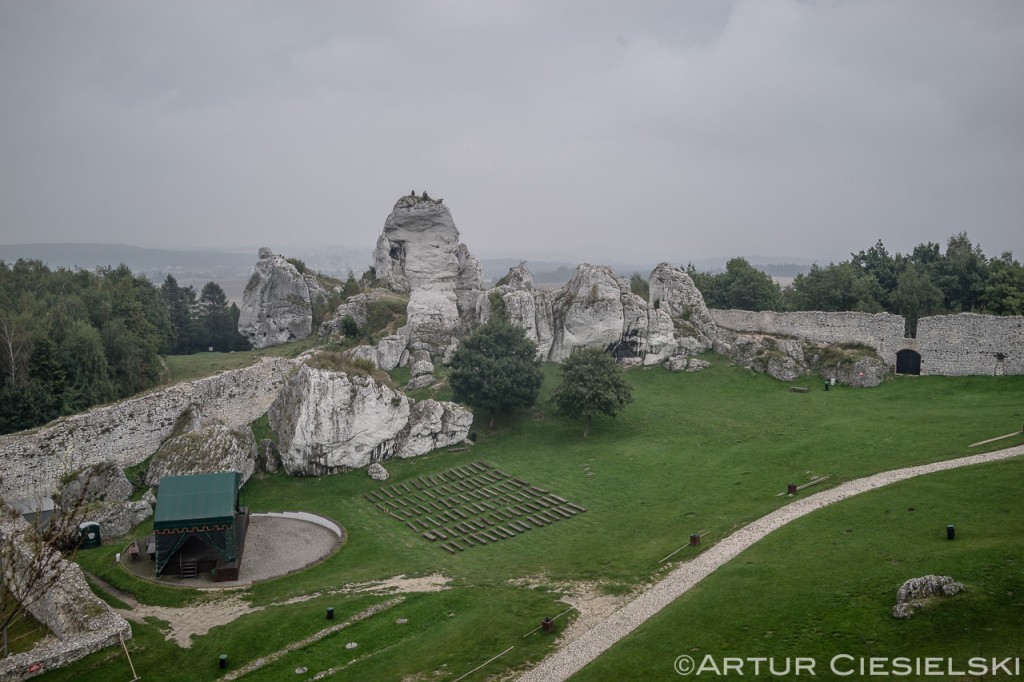 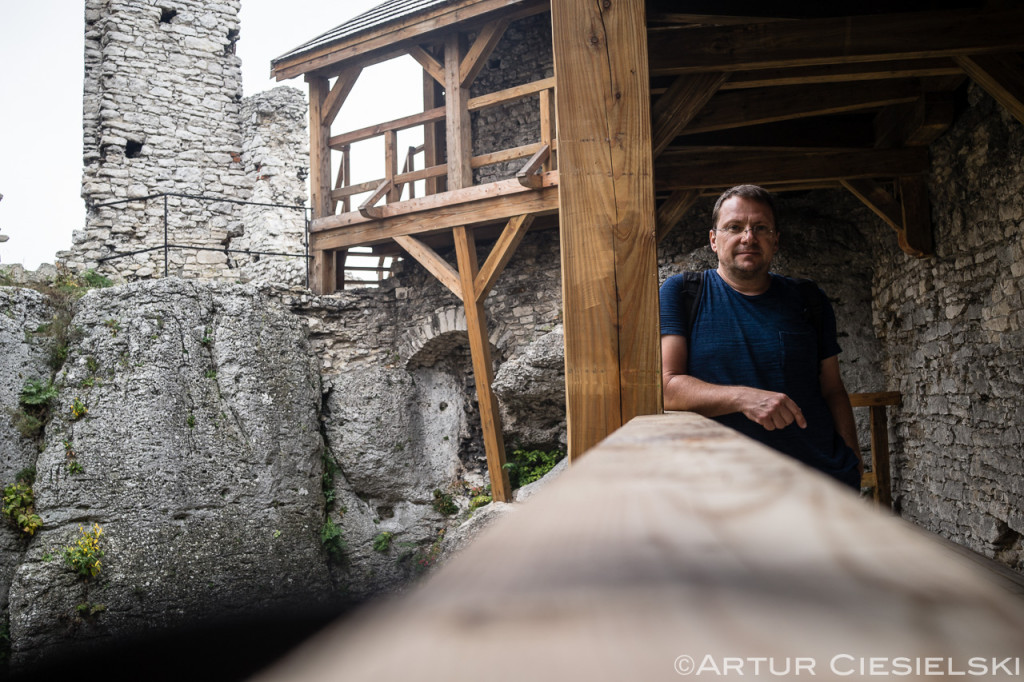 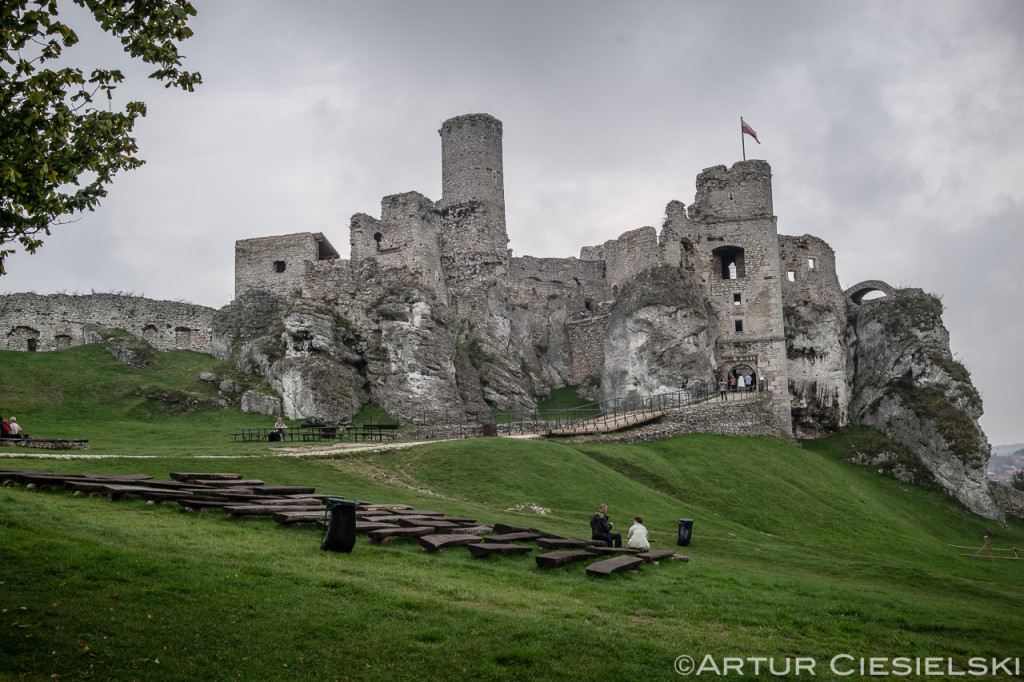 I had nothing to eat since yesterday morning except a yoghurt in the evening and a kefir in the morning. I was feeling it. The few restaurants around did not instill trust in me. When there is no turnaround in food I have a concern about freshness, so instead of taking a chance I bought Paprykarz Szczecinski, a roll of bread and 0% alcohol Radler beer. The combo was really good. A lunch from the old days. 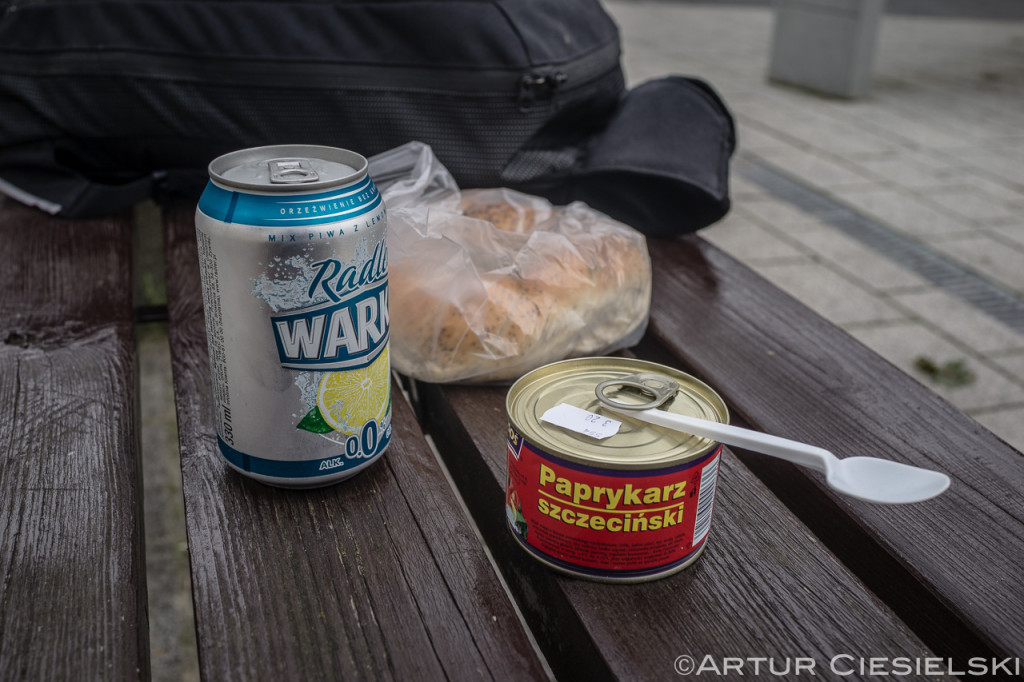 I don’t know what’s up with the straw dolls here, but here were many in 3 separate towns. The church has it’s roots as far back as the twelfth century. 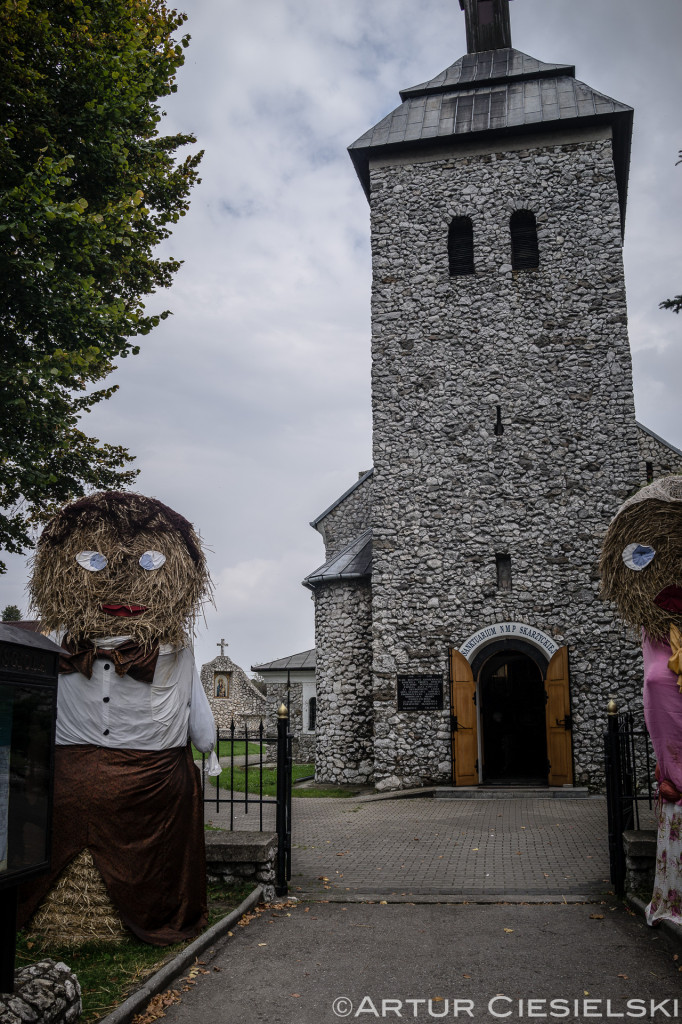 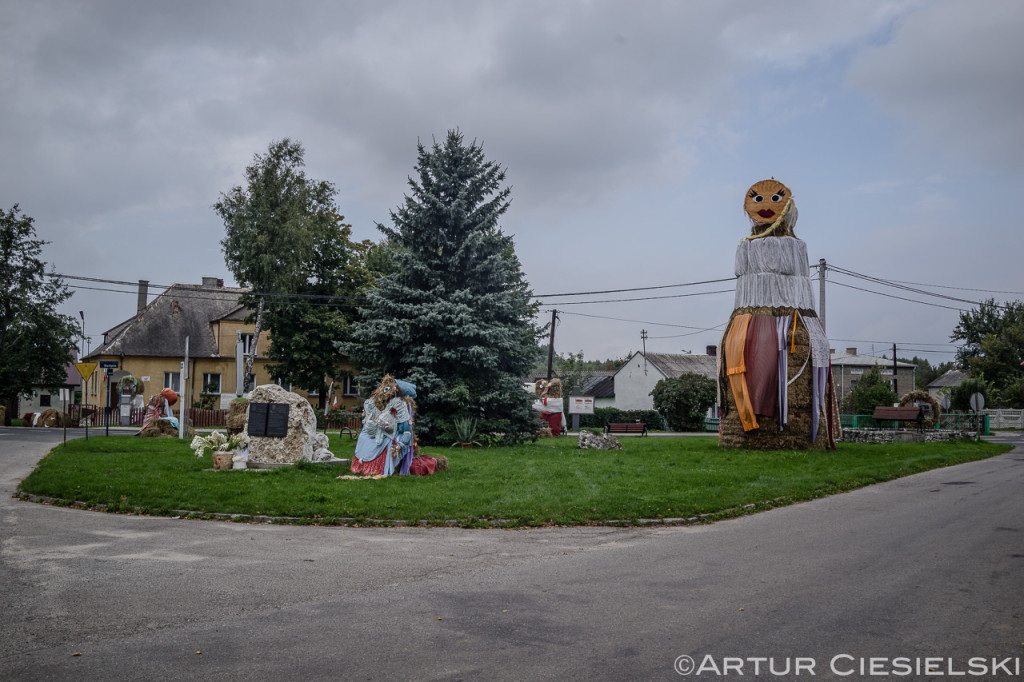 As you can see by the photo below, Bobolice has been rebuilt. It’s in private hands. It looks rather spectacular and if they re-built it like they are conserving Mirow the job was down right. 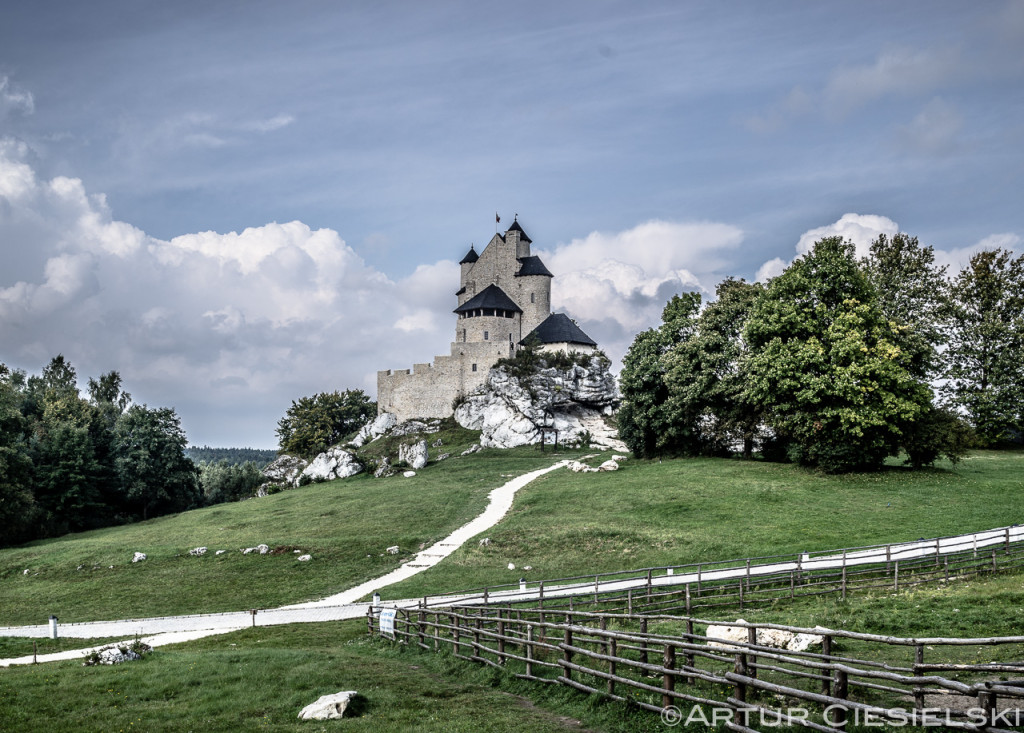 There is no access to the inside of this castle right now. It’s being conserved and somewhat restored as even recently parts of the wall fell. 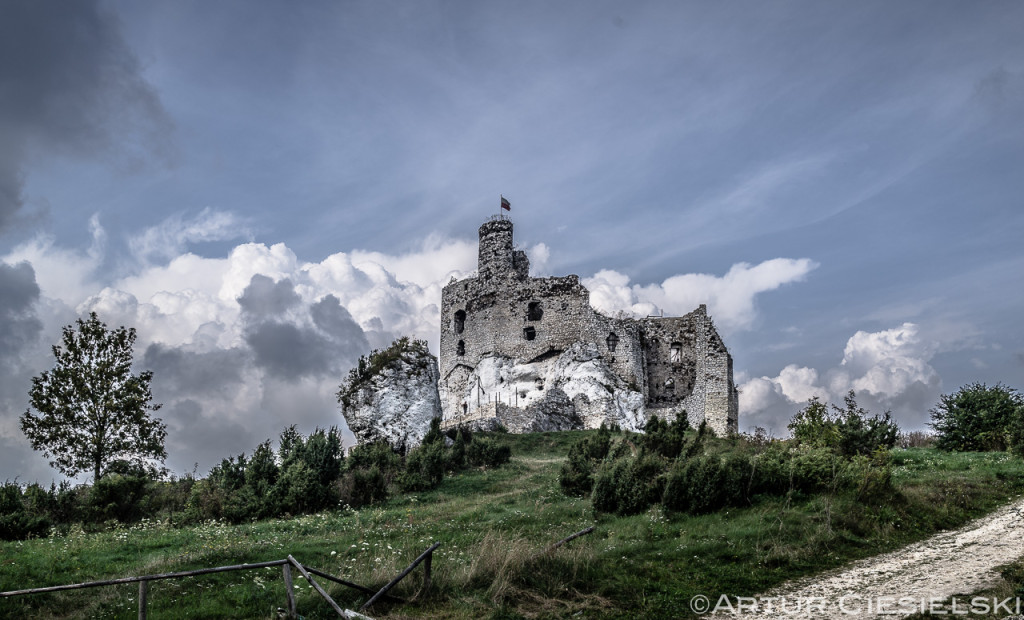 I was long gone from Mirow when I found myself there again.

2 hours later I was only thinking of finding a place to sleep: it was getting dark and some ominous clouds foretold rain. It was only as I approached the town that I recognized a home I passed.

None the less and despite the fact that I’ll be traversing the trails again tomorrow I enjoyed my extra long stay in Mirow. I got to see the sunset after wandering around the hills and rock formations with some magnificent views on each side and I finally ate something substantial in local Zajazd: the food was probably frozen, not fresh, but it was still good: pierogi ruskie and a beer followed by a watered down cappuccino.

I did forget to put on the sun screen lotion so the selfie below shows me at the end of the day, a bit scalded by the sun. 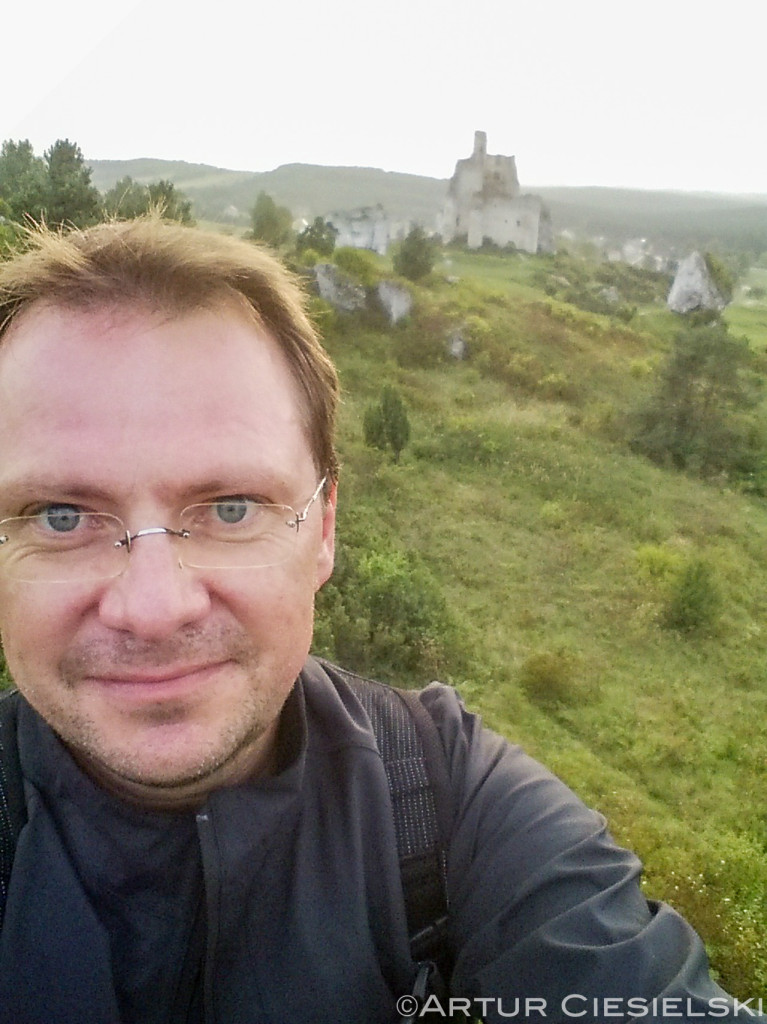