Royal Coffee In The Carriage House

Heritage Square in downtown Phoenix is a unique space, a collection of old homes and houses from the late 18th and early 19th century.

Amongst the many structures there is a small building, the carriage house, “…was built in 1899 as the mule barn for the Bouvier-Teeter House.

It is typical of the traditional carriage house structure, with vehicle, animal and tack storage below, and a loft for feed above.

This is one of my favorite buildings for its side and airy feeling and this is where Royal Coffee has one of its shops.

I actually found it while riding my bike here last Sunday morning, but it was probably too early for it to be open. I was surprised when the barista told me its been there for over a year. I can’t believe it’s been so long since I’ve been in this area. 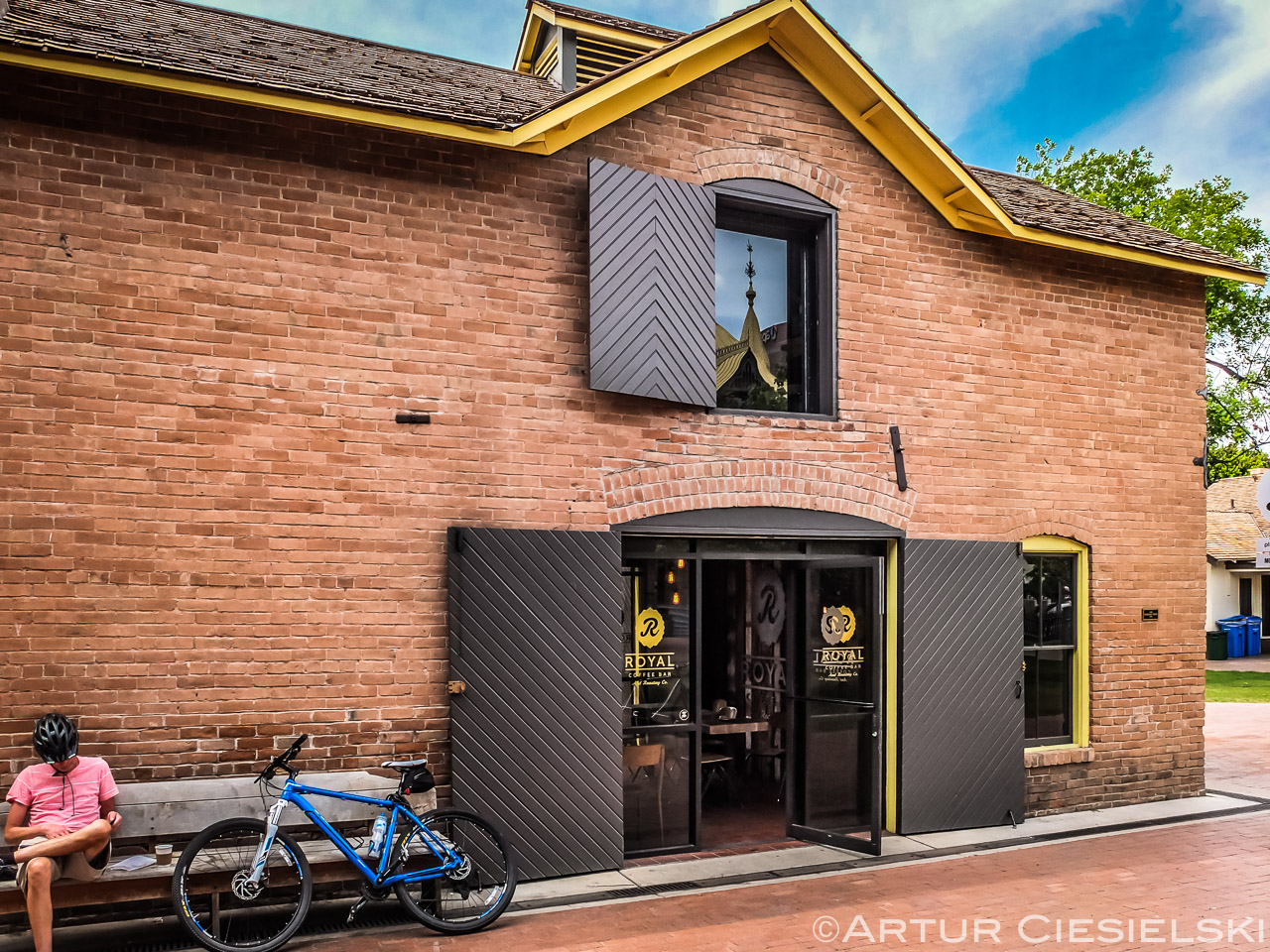 It’s not a big coffee shop. There is just a bench outside and no bike rack. The guy sitting above just had his bike by his side while I secured mine to a big pillar with only a millimeter to spare on the chain.

I ordered a cappuccino as usual, on the dry side. I love being offered the option of a wet or dry cappuccino. How do you like yours?

With the coffee and vegan donut in hand I hung around watching the few people handing around this area this time of day and enjoying the drink. 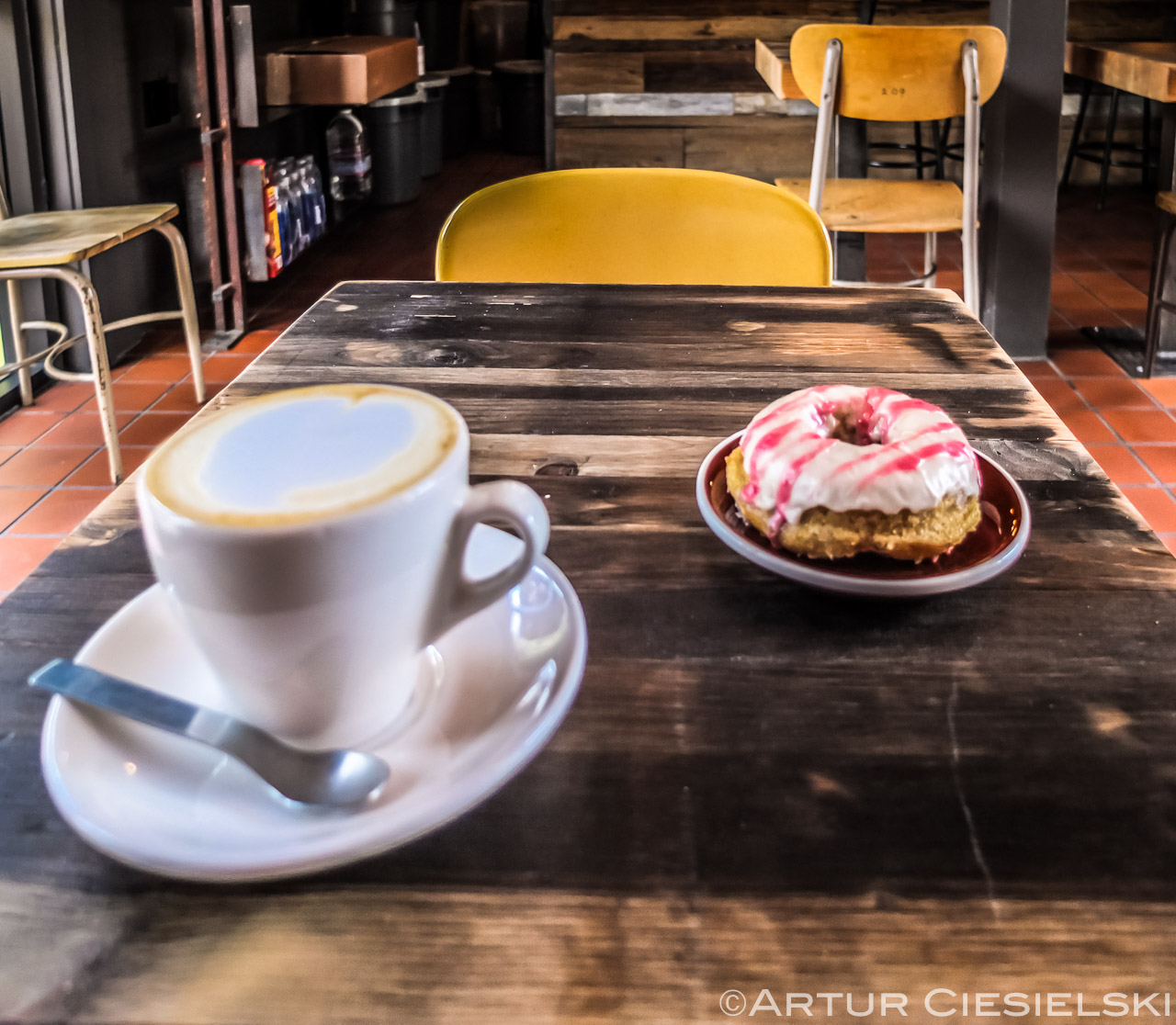 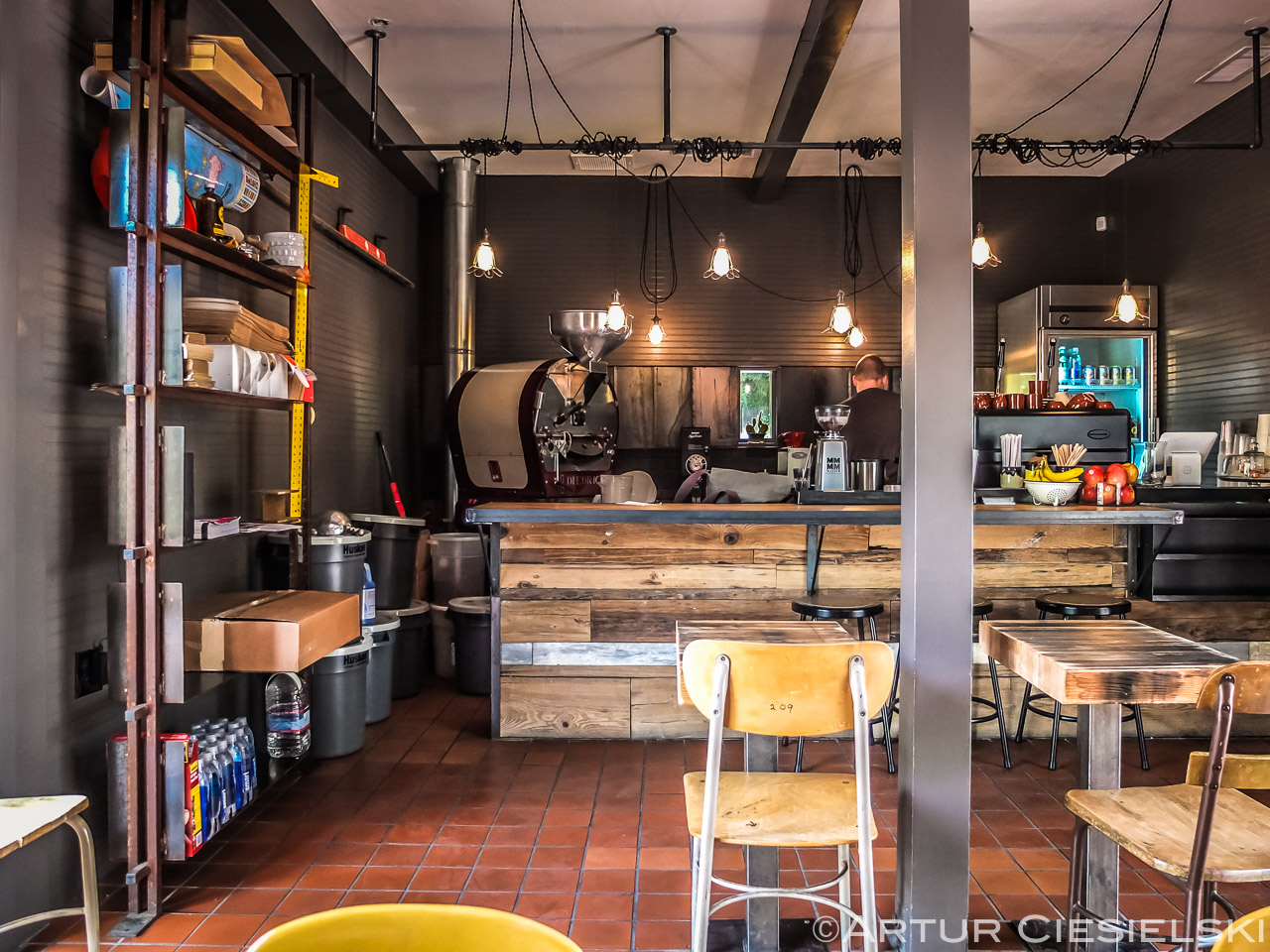 Check out that little sticker below on the window. Yeah, I know, I had to ask too.

I was told there was a large group of people, some 300, that inundated that cafe. One of them was a person dressed up as a robot. He/She was obnoxious and rude and was asked to leave.

The shop above make a sticker to prevent more robots or robot type people from coming in. If you’re living mechanically don’t go there. If you are a robot don’t go there. 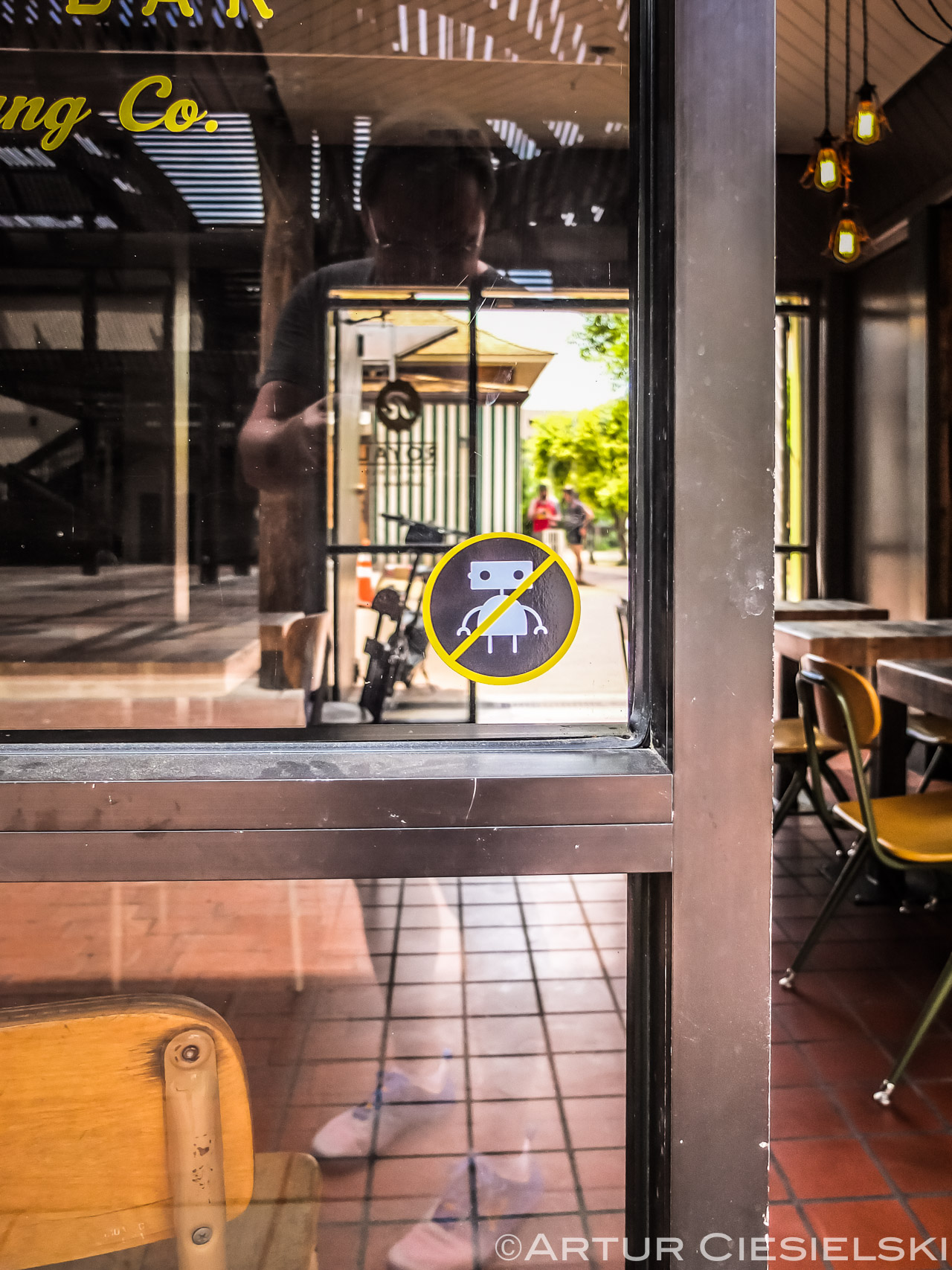 Below is my bike on the pol and a wide view of the carriage house.

I enjoyed just lingering there. It’s a cool place, a cool old repurposed building. It’s go character, style and you get a great cappuccino. 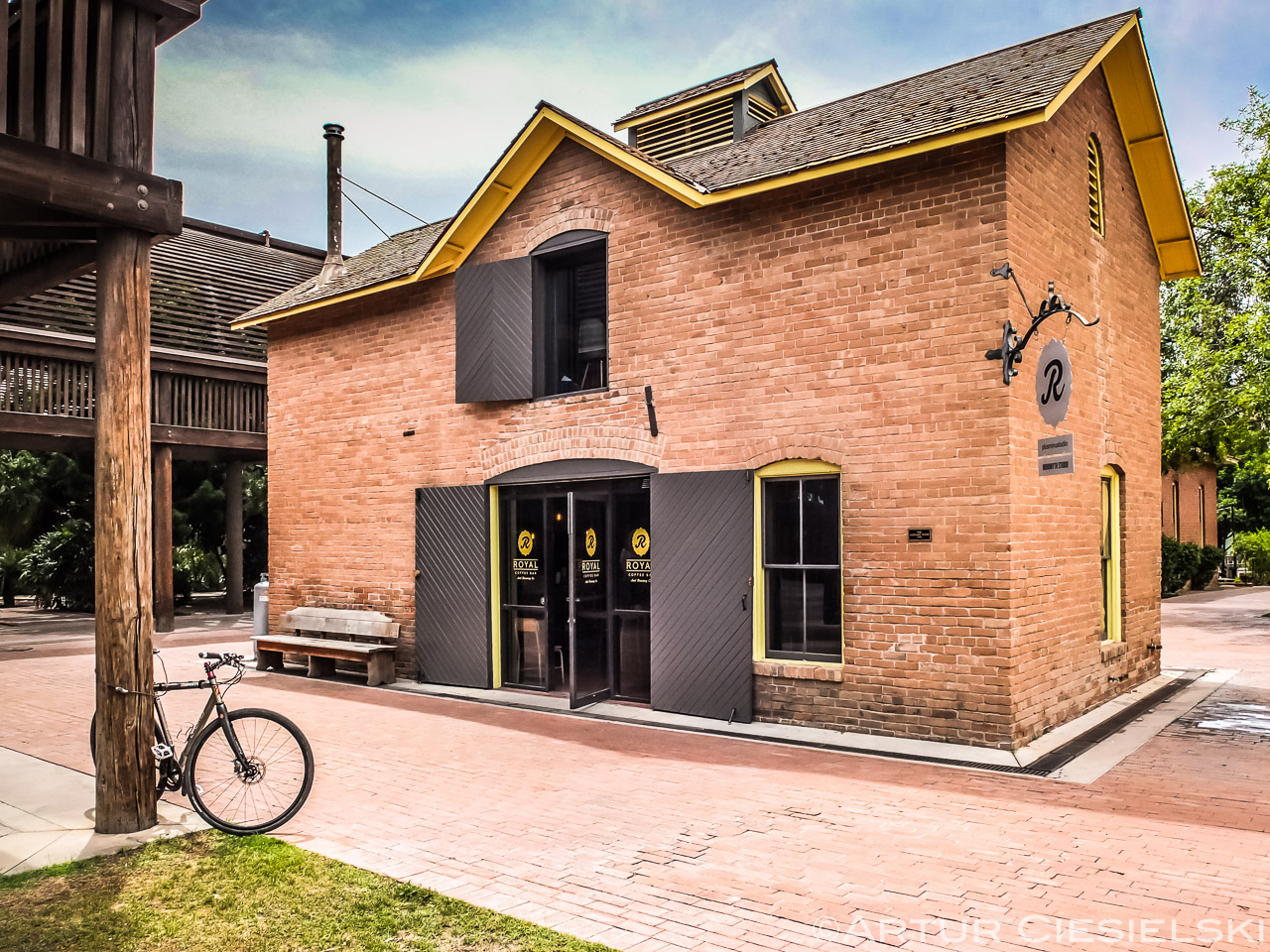 Day Trip To Cordoba Spain At 250 Km Per Hour