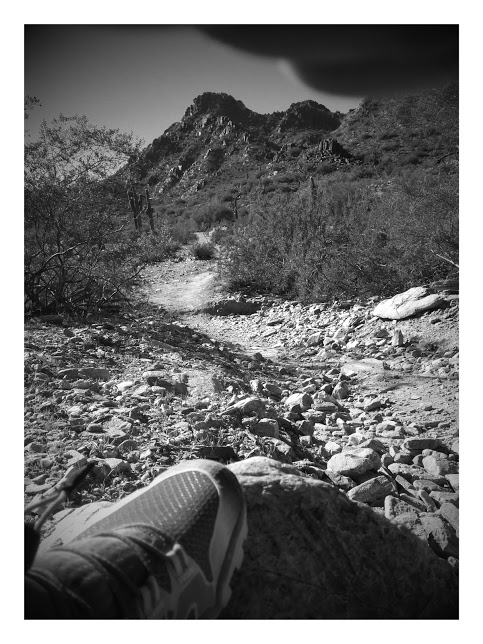 An example of the trails I walk/run.

The trails around here – Phoenix, Arizona – are brutal: sharp rocks, loose unpolished pebbles, cactus and sand. It’s a terrain that will beat any shoe into pulp.

This is exactly what happened with my first barefoot shoes – Merrells.

Since I’ve been on a streak of Vivobarefoot shoes – 1 and 2. Freaud’s 3. Bannister and 4. Freaud II, 5. Mata and it was time for another pair of trail shoes I decided to get a 6th pair of Vivobarefoots – the bright colored Trail Freaks.

My initial impressions out of the box.

After the first run 3 spikes were wiped off the shoe. Two in the front on one shoe and one toward the back on the other shoe.

Half of two spikes in the front and one complete spike in the back.

Many of the spikes in the front of both soles were gone or nearly gone – so much so that they hampered grip.

Once again – the trails are brutal here and I’m sure the shoes perform better a softer trail covered with dirt that’s a bit more supple like forested trails.

The grip on these trails is mixed. The soft spikes actually made me less certain of my movement and grip. I slipped more often as the spikes bent and gave in against the sharp rocks. 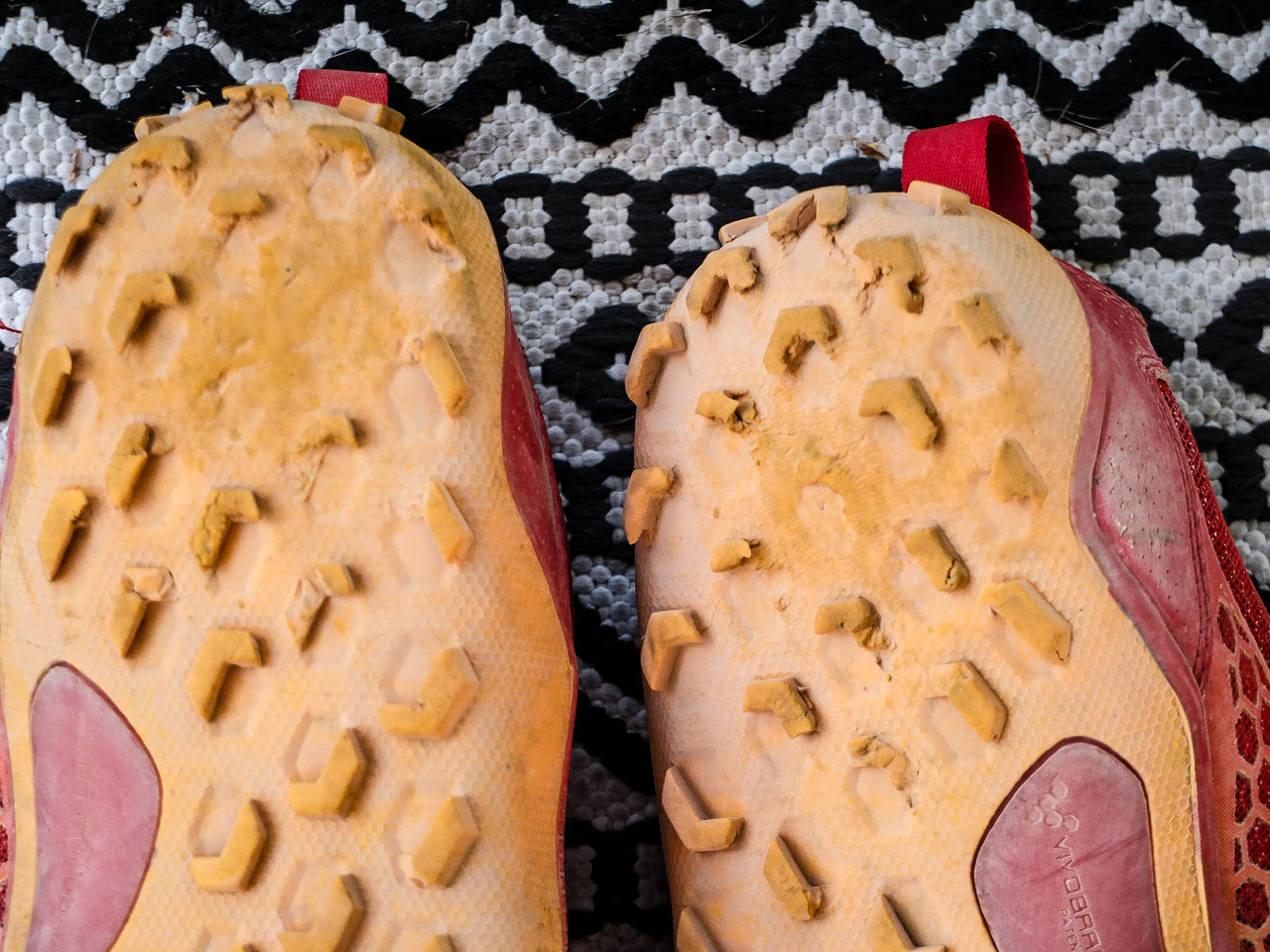 The shoes probably lost as many spikes as they were going to lose. The tops still look great. With a bit of cleaning they may look as if new, just shy 40% of the spikes.

I don’t dislike them, but I don’t admire them: specifically for the types of trails I run. I like wearing barefoot shoes because they give me greater control of my movement and grip. The spikes in this case got in the way.

I took an older pair of Freud shoes on the trail – they are not meant for that – and the grip was better, the control was better and thus my confidence on the trails, even over the rocks. 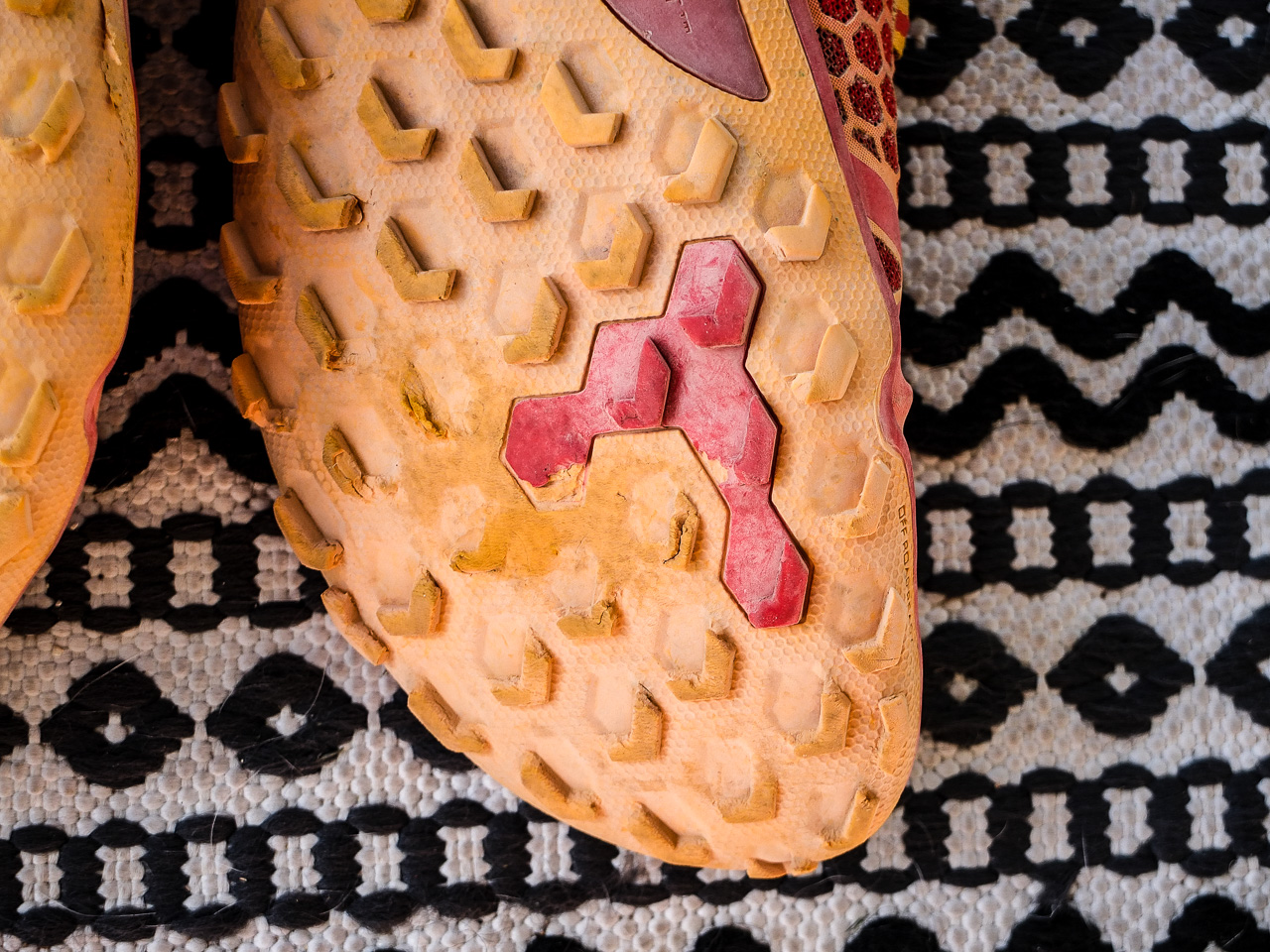 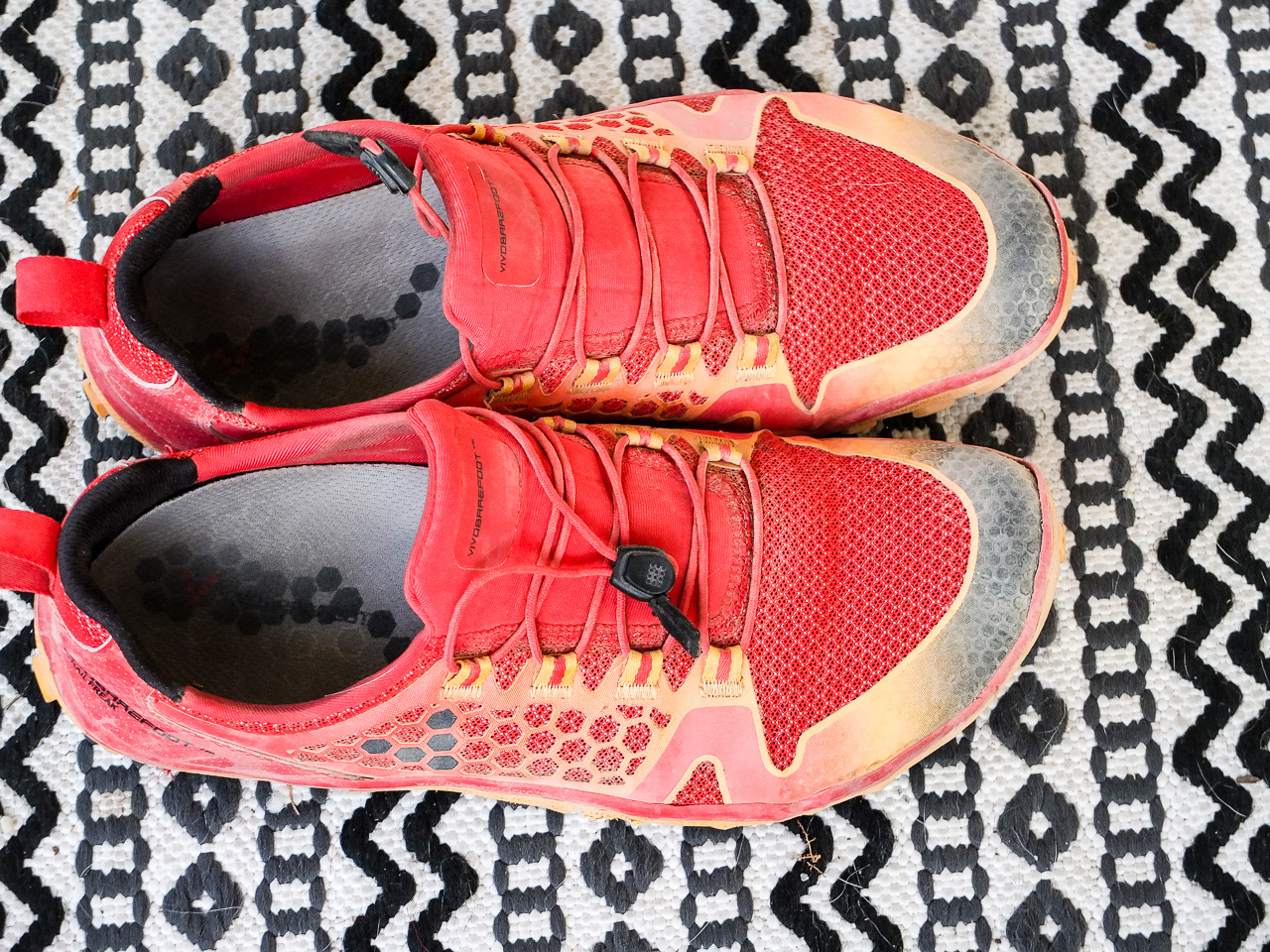 Vivobareboot just came out with some new Evo Pure shoes meant for the road, I’m going to give those a try. I’m pretty sure they will perform better on the trails, but we’ll see after some real world use.

The Vivobarefoot Mata In Blue Canvas – 2016