So I watched Three Musketeers and that helped, but my plan to wake up at 6am have something to eat and hit the train to Tranow came to halt when I woke up at 11:30am just before the cleaning lady got in to tidy up the room.

It was still drizzly: the rain brings out the worst in fashion and it seems not to be limited to one person, half the city was walking around in blue. 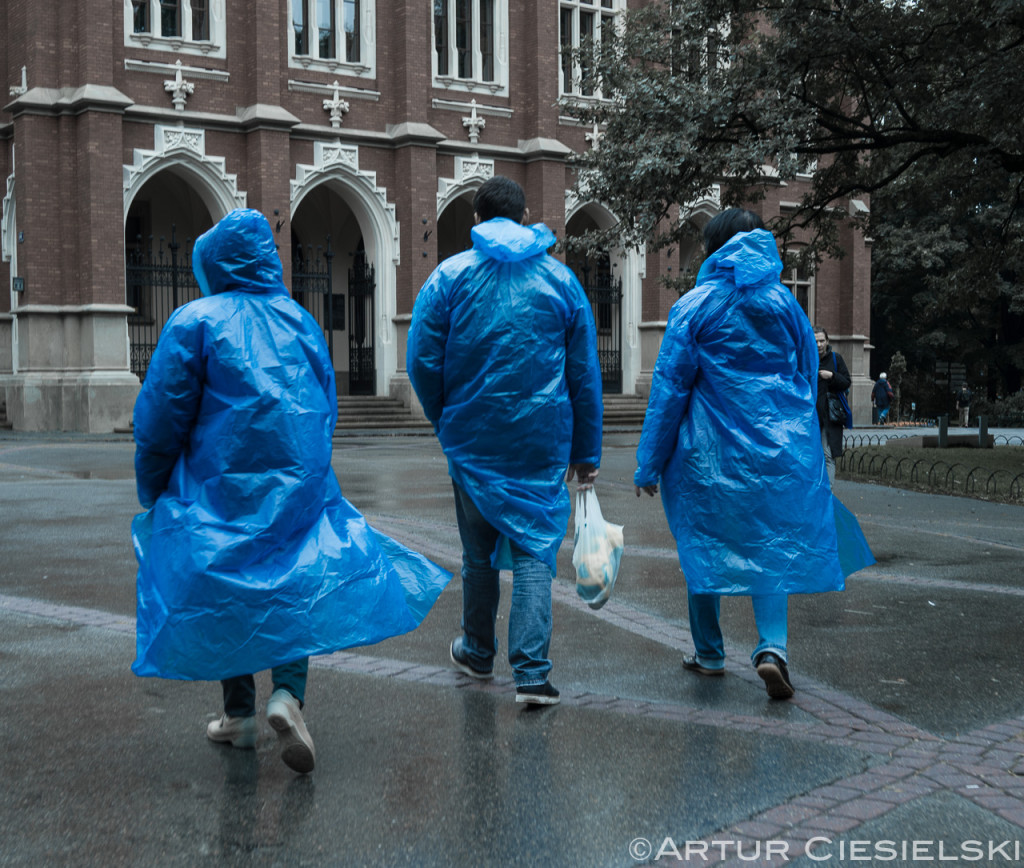 It took me two hours to walk to Bona for coffee and some of the best pierogi I’ve ever had. Bona is a book store on Kanoniczna street, one of the most beautiful streets.

I love this place, especially sitting outside. The tables were covered in water, but I took the plunge and ordered outside. The two beautiful girls serving me – ah that sound good – were surprise I chose the outside, but agreed brought the dry cappuccino and a spectacularly beautiful and tasty plate of buckwheat pierogi. 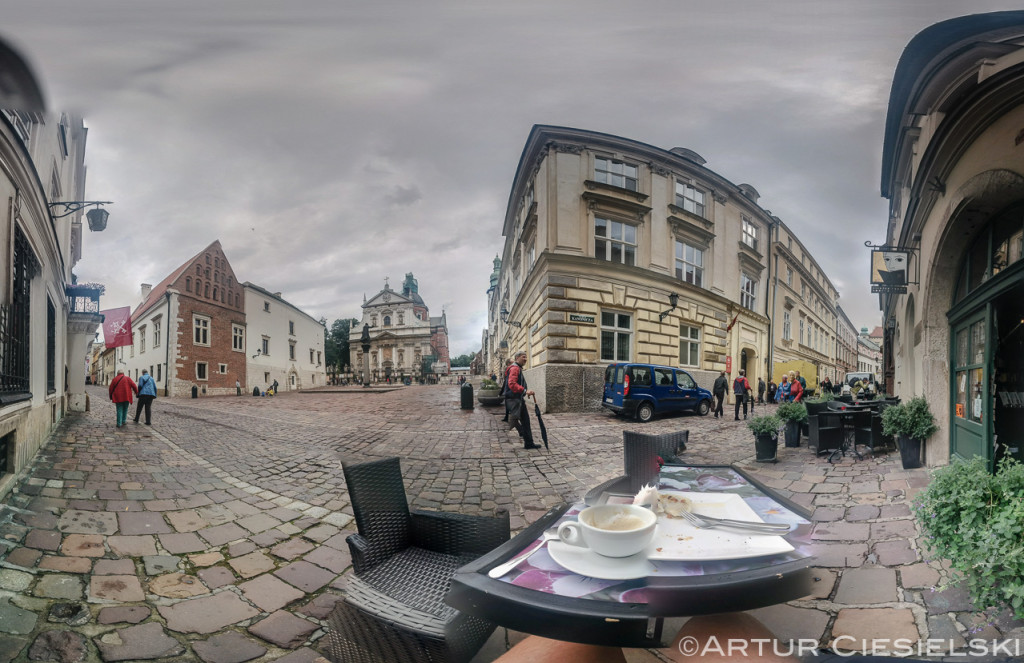 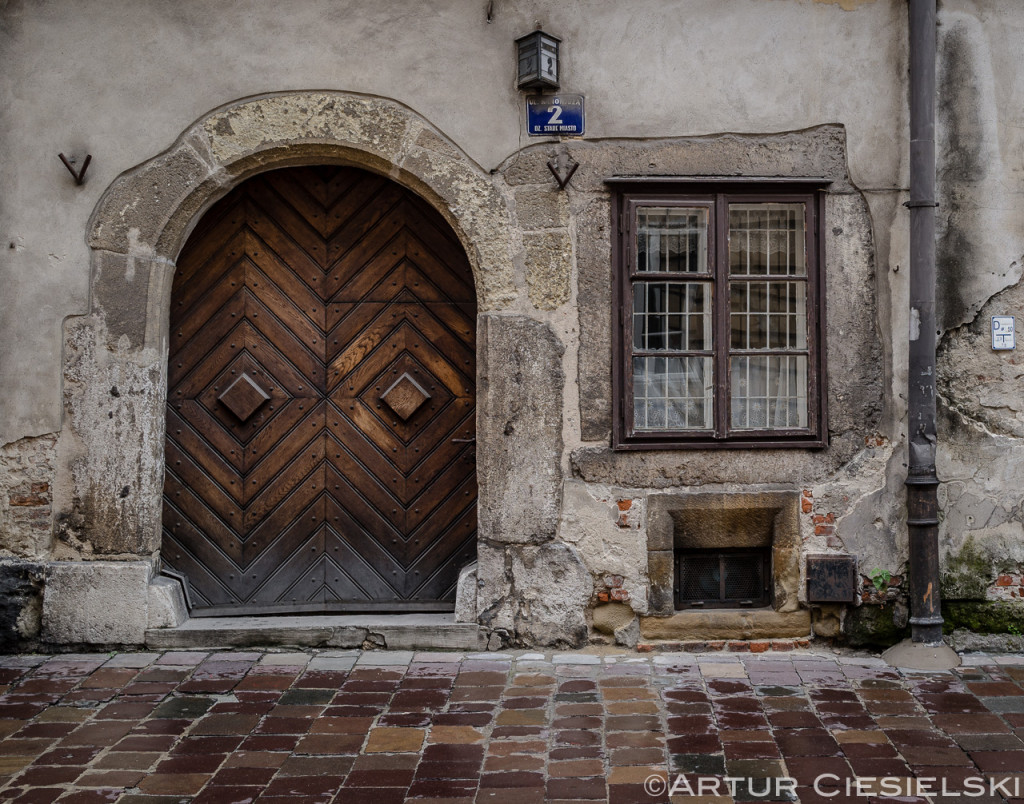 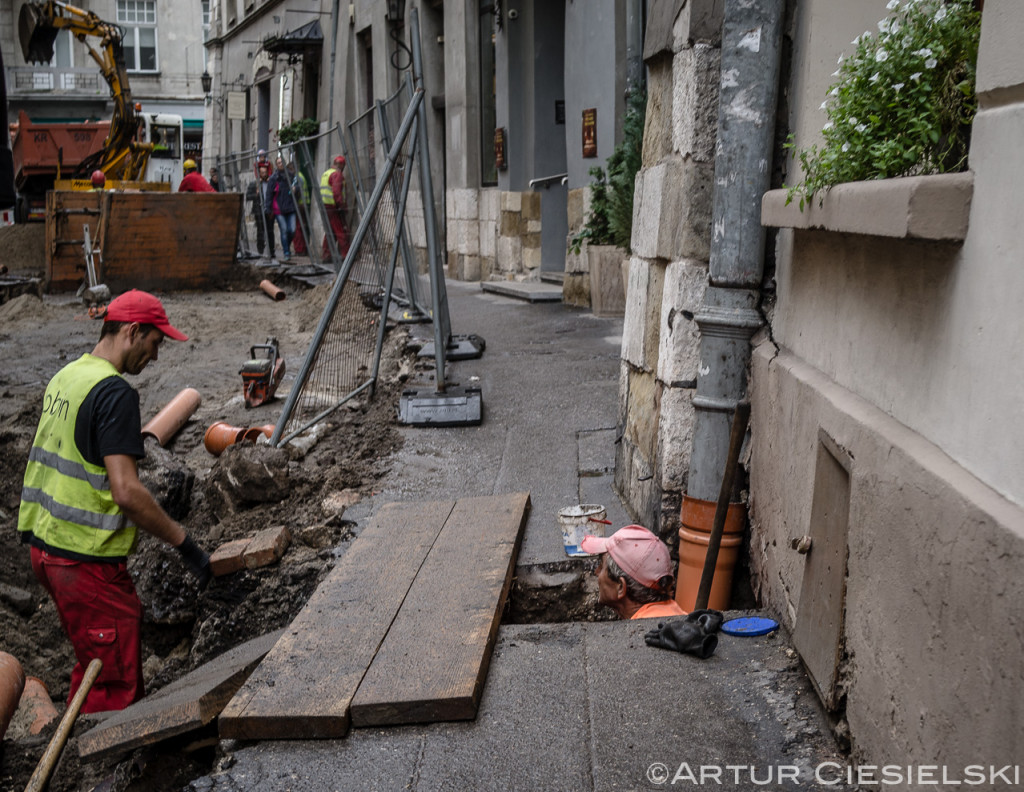 A display of our brethren from thousands of years ago thanks to the Archeological Museum in Krakow. 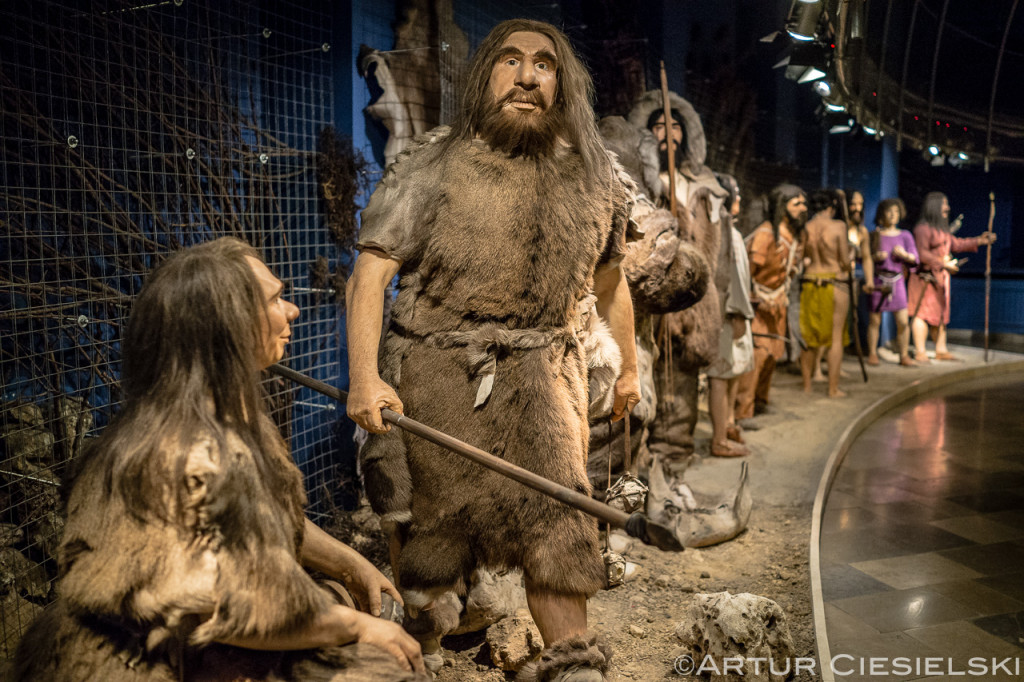 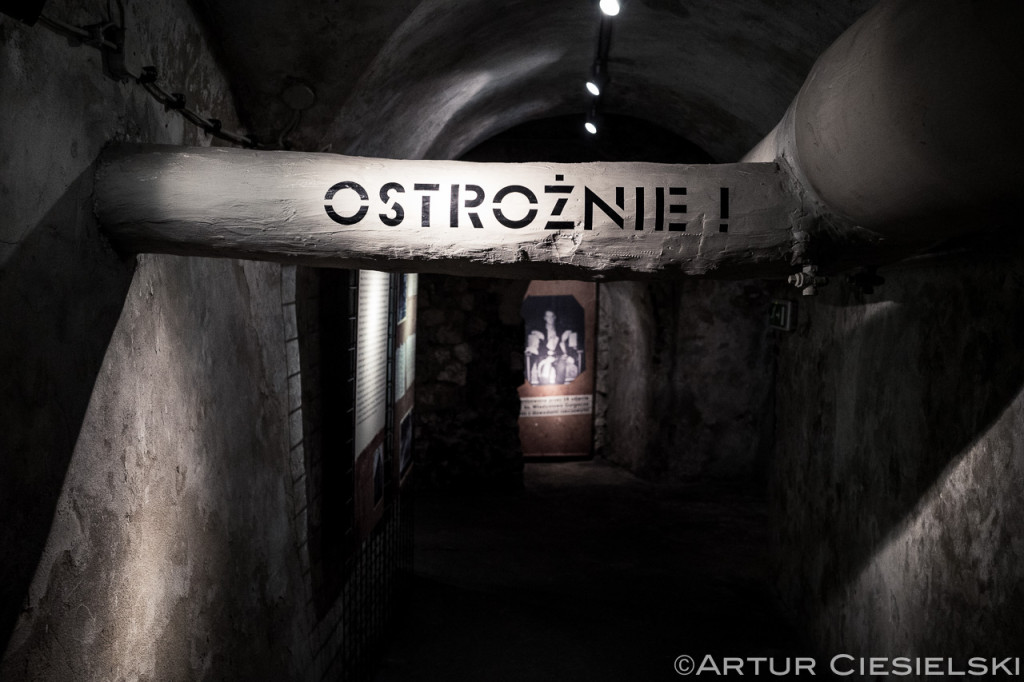 Now this is a tattoo I would like to have. I think this was 12,000 BC, if I remember correctly. 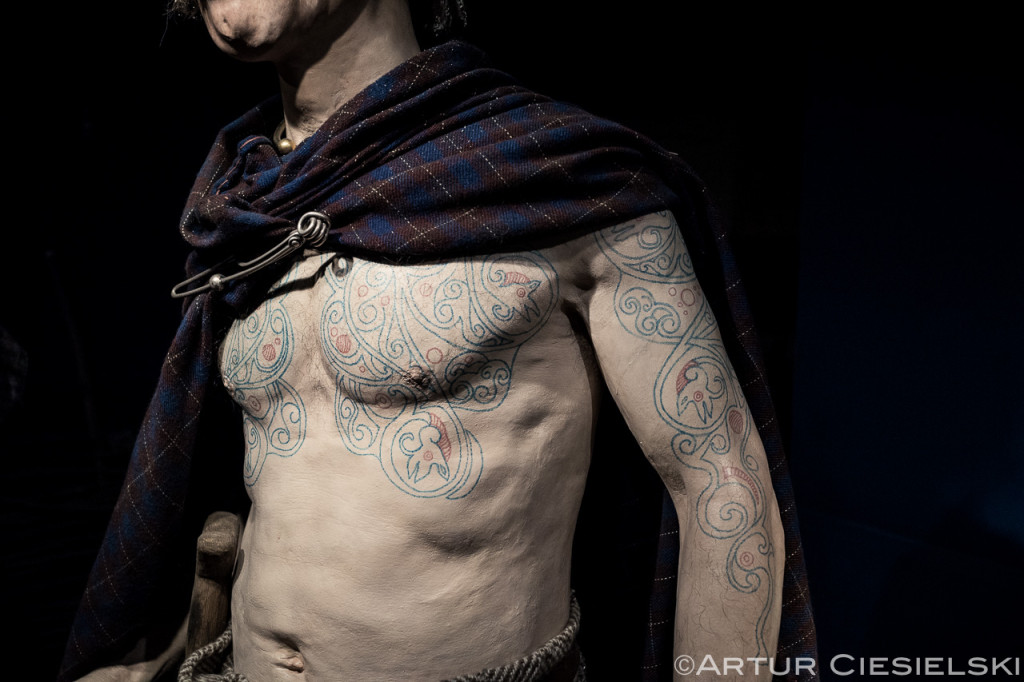 My first selfie. I’m not angry. That’s how I look when it’s bright outside. Well, maybe all the time. I am smiling though. 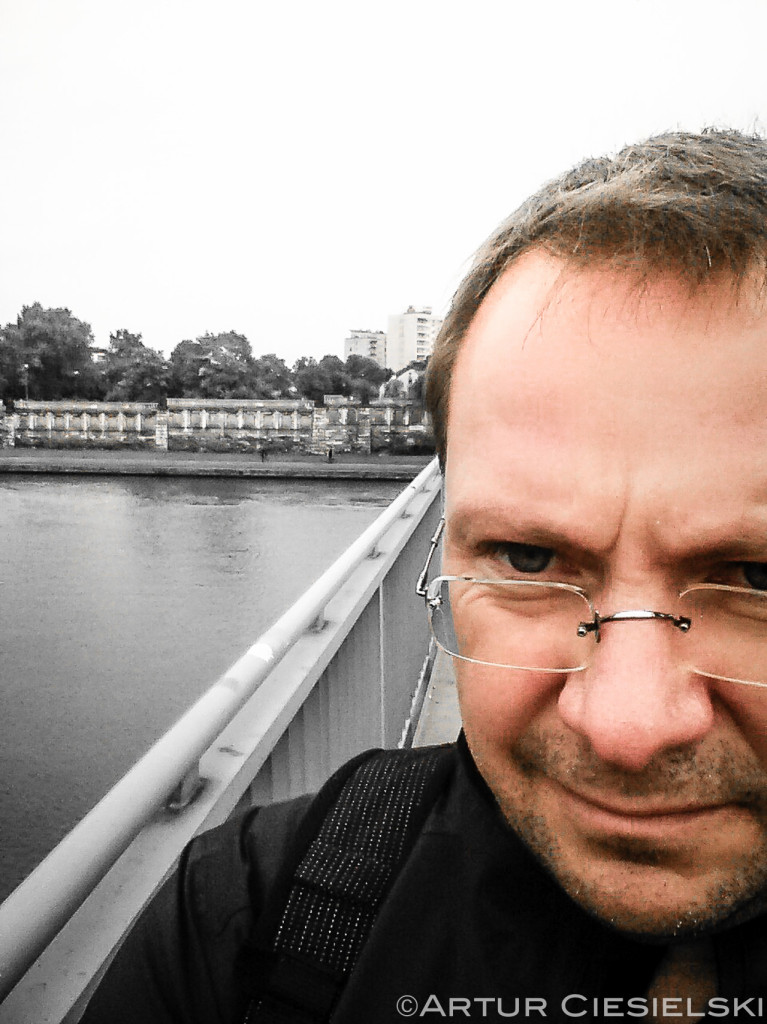 Wawel – a preview of what is to come. I had to reserve tickets for the next week since most were sold out for the next few days for the Private Royal Rooms. 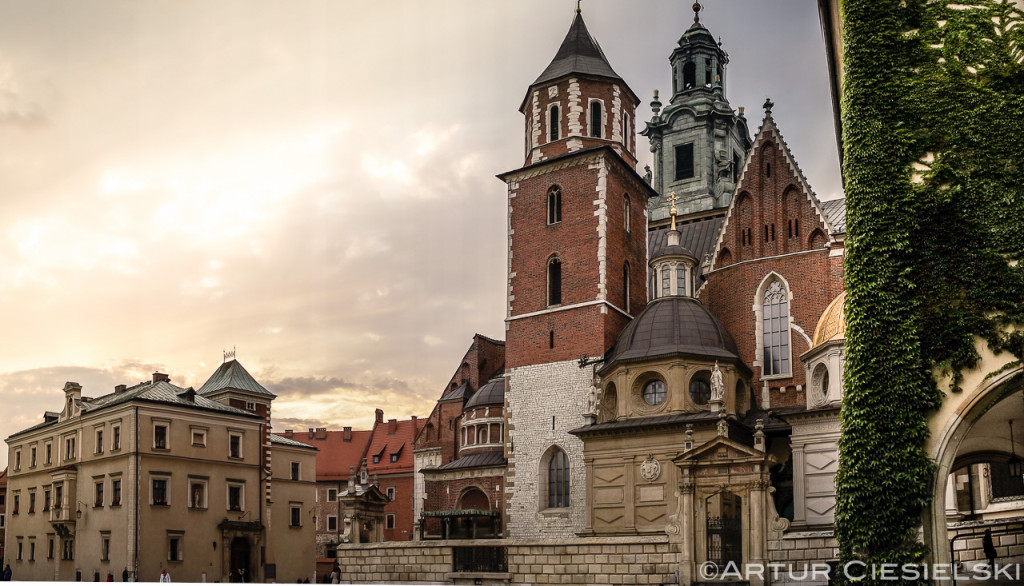