It’s three a.m., the telephone rings – I wake up surprised and nearly fall off my bed.

It’s been a long time since I’ve heard a stationary phone ring. “Hello” I say. The person on the other end answers, “Your taxi is here”, I’m surprised and of course not ready. My taxi is due at 15:00 not 3:00 – a mistake of course. After a short discussion the man apologizes and I try to go back to sleep. Thus began he last day of my visit to Peru, in Cusco.

Cusco was originally called Qosqo in Quechua by the Quechua people, and I think I prefer that, especially meeting so many of them, eating in their homes, having Xavier, a Quechuan, as a our mountain biking guide and having a bit of a grudge against the Spanish for being such asses when they invaded this country so long ago.

I did about 15 kilometers walking before having to go back to the hotel for a taxi pick up at 15:00
If you’re interested in Cusco, the photos below don’t really represent the city the tourists see. I went a bit beyond the typical street traversed by tourists, but not that far.

The city is very diverse and the photos below only show a tiny slice. I hope you enjoy these photos.

I do. And be sure to read the additional comments below the photos for a better understanding of what they represent and why I took them. 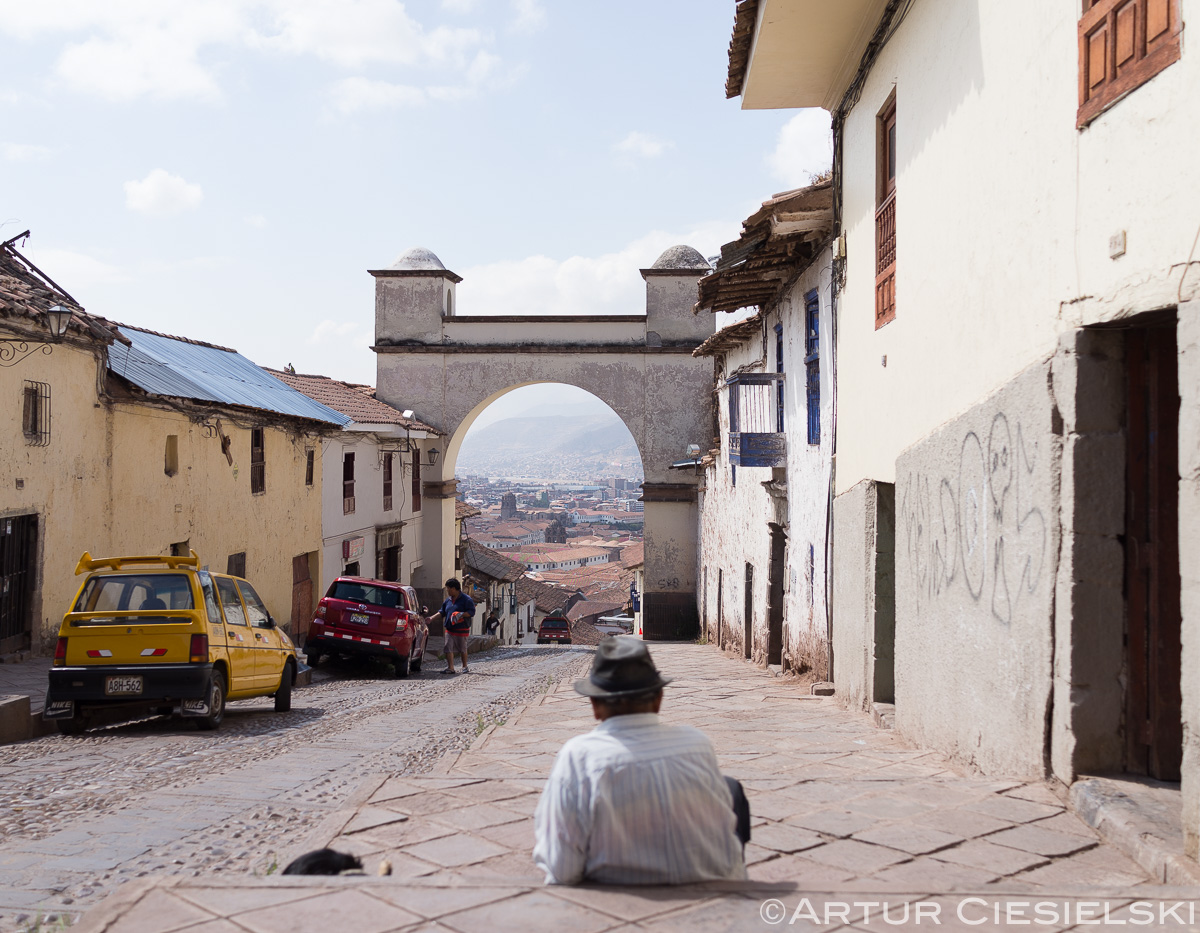 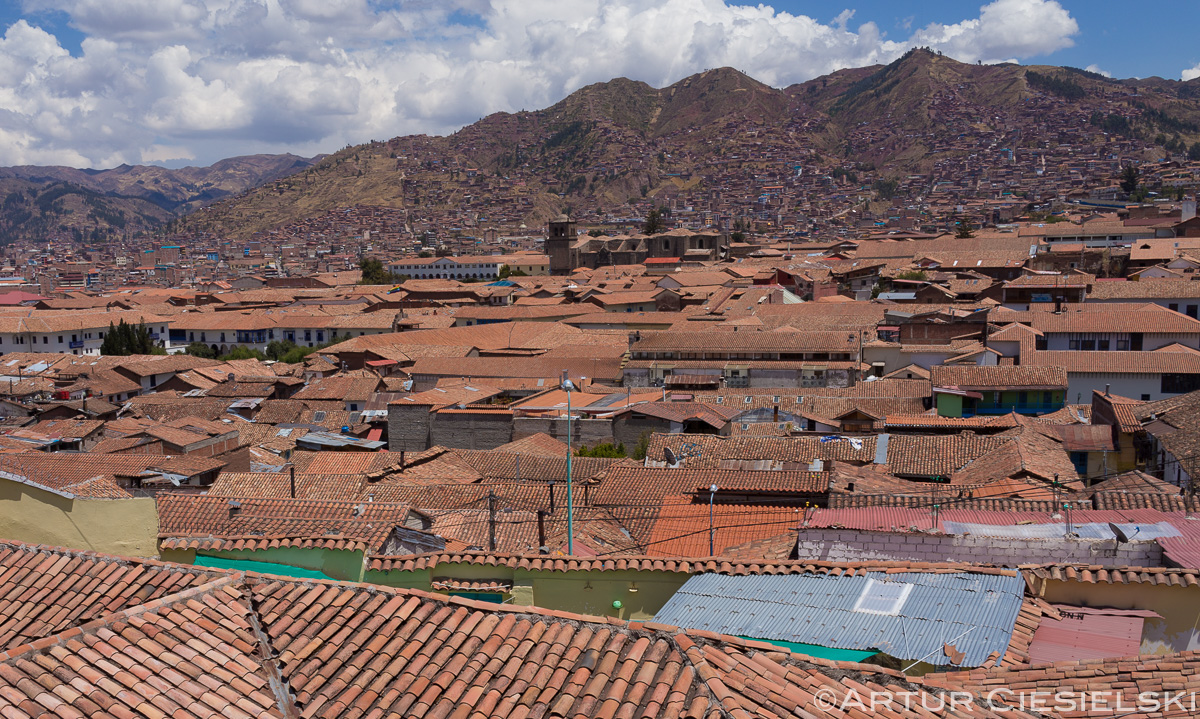 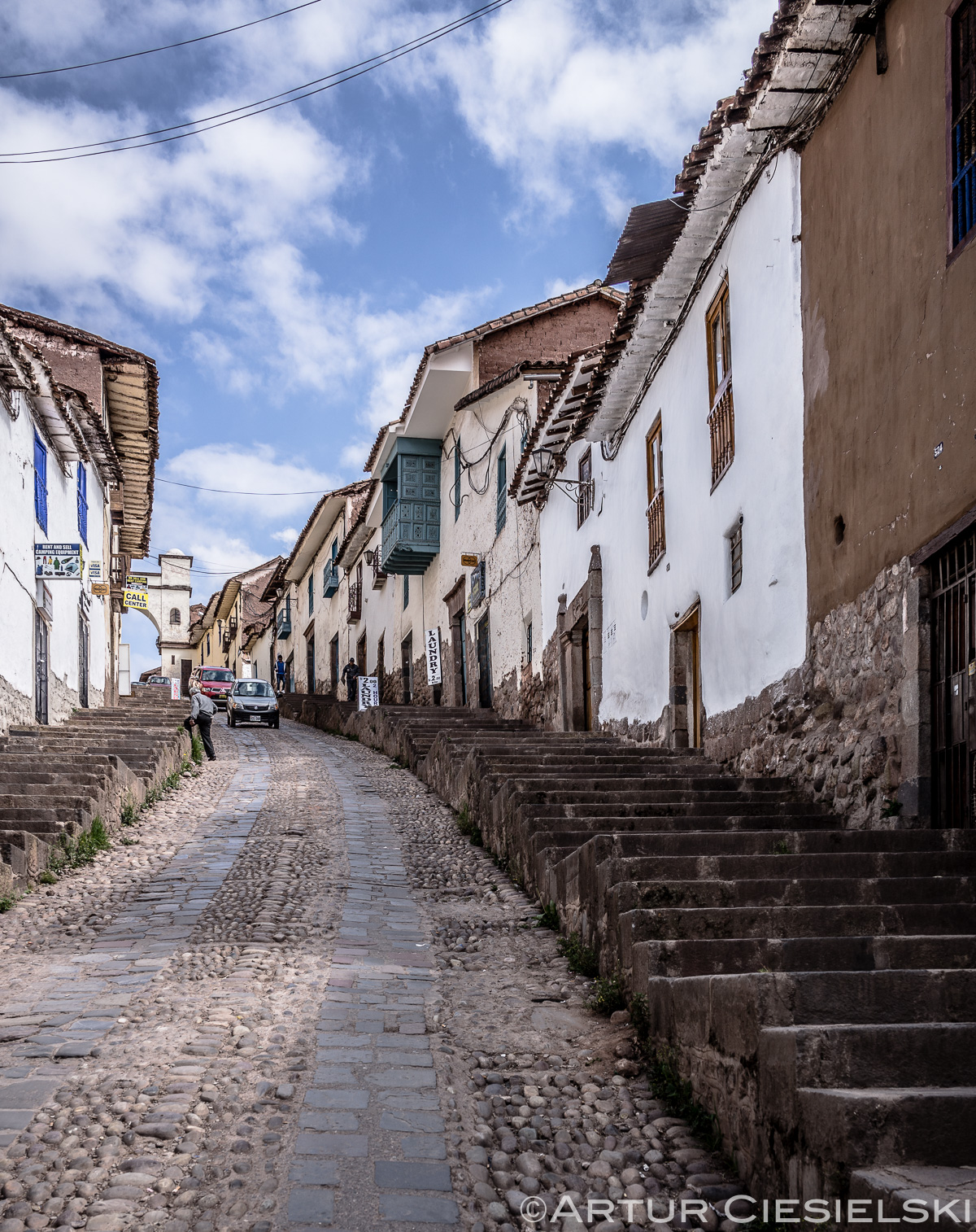 Most of the buildings in the city are built out of adobe in the colonial times. It’s amazing what was done with mud, grass, bamboo and tile.

The doors, too, are often beautiful even if beat up. 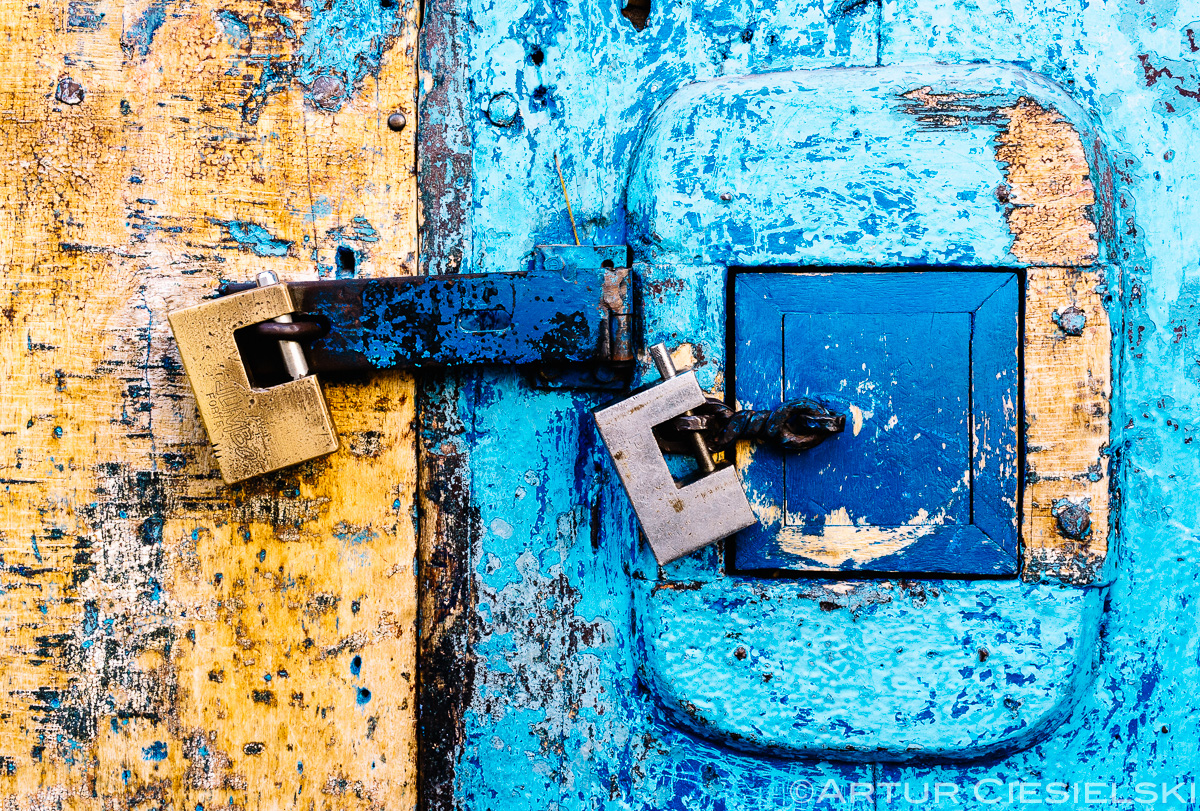 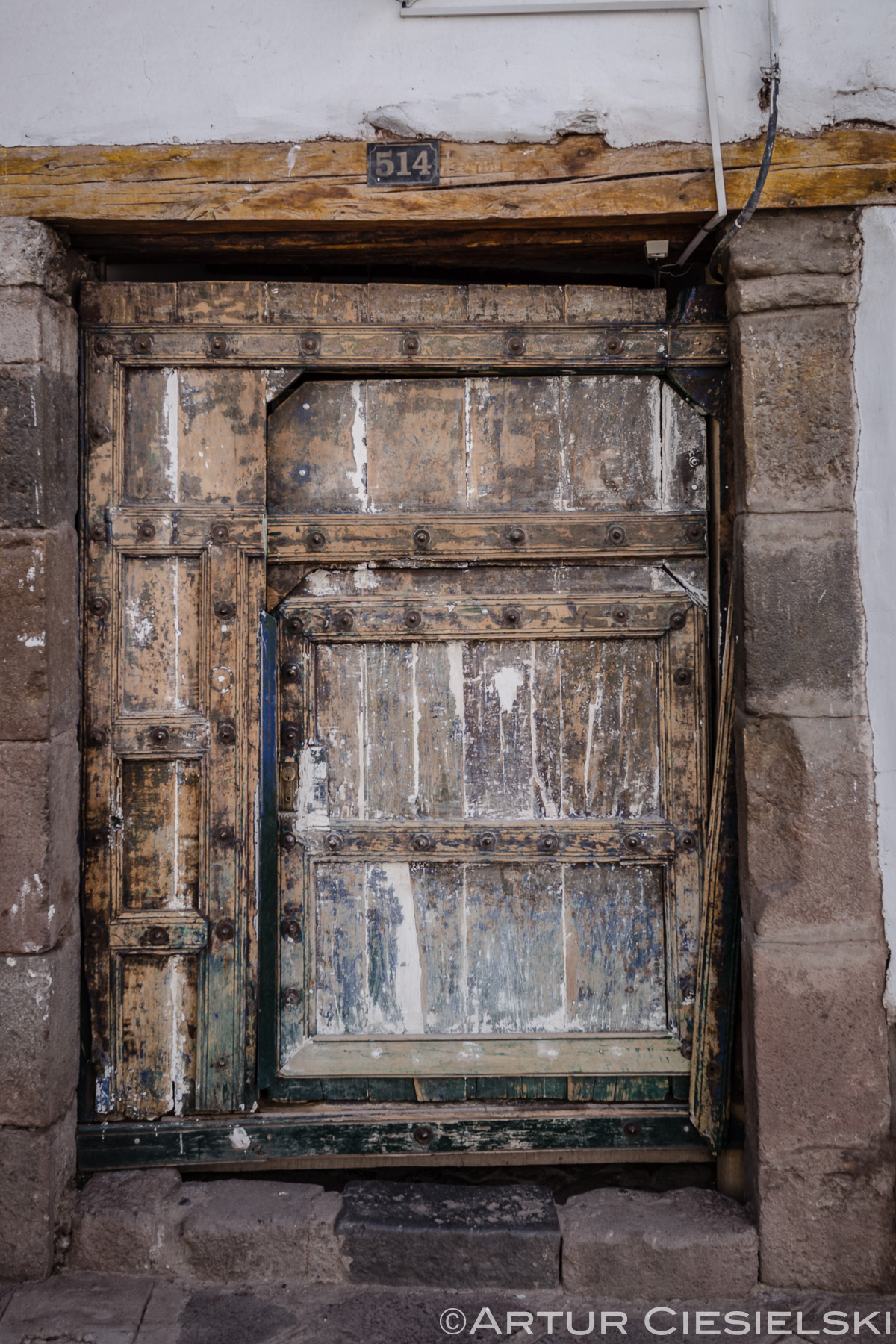 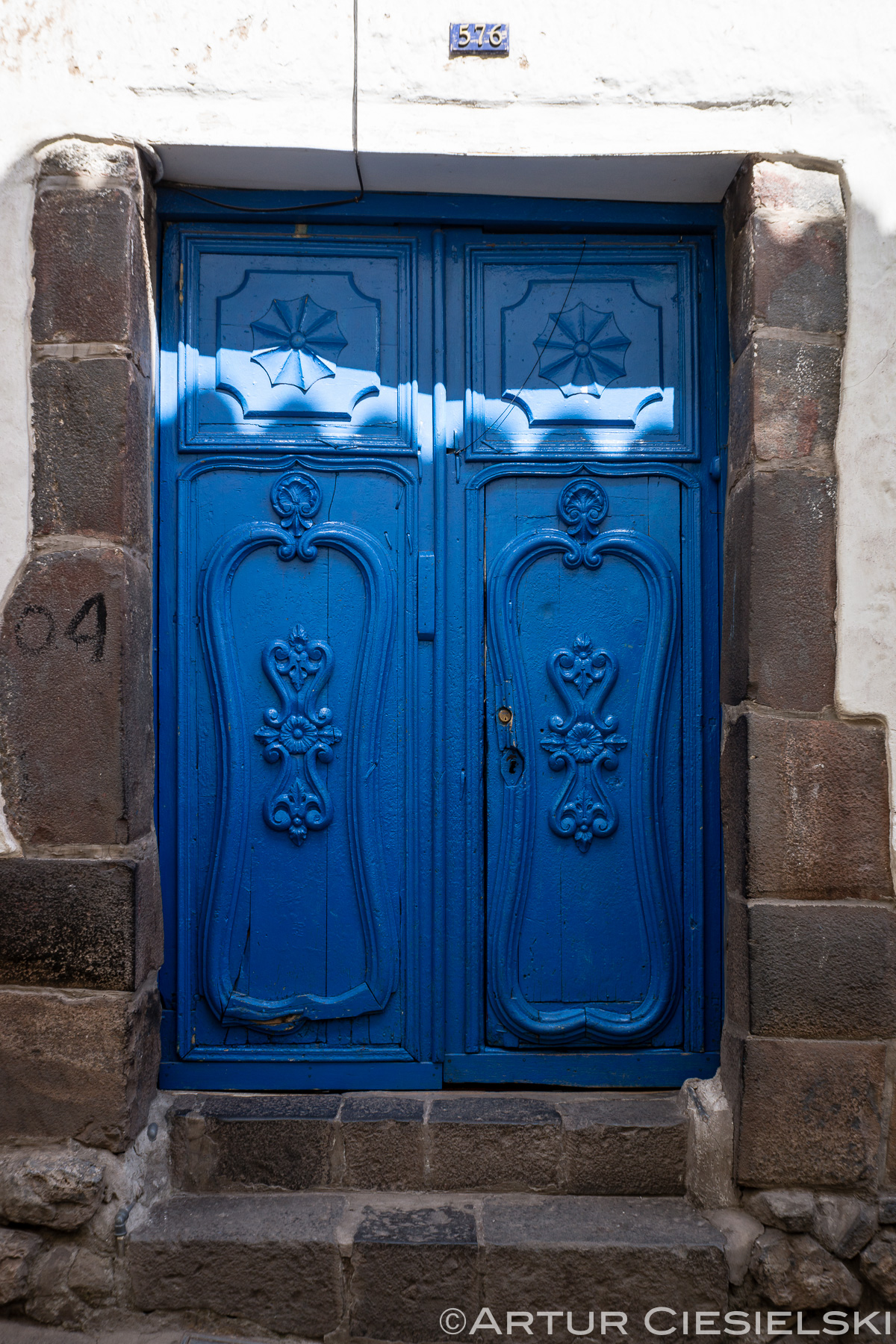 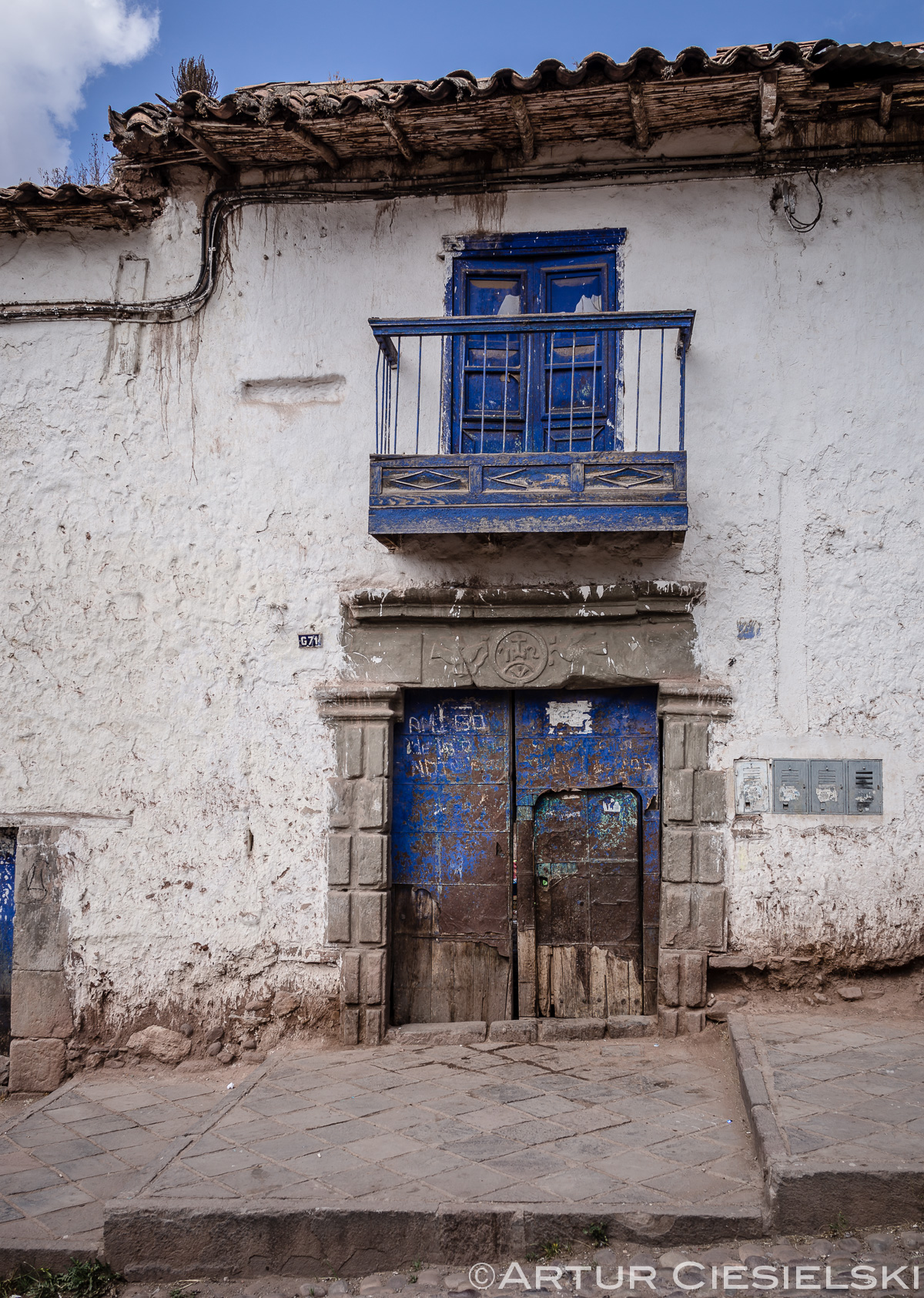 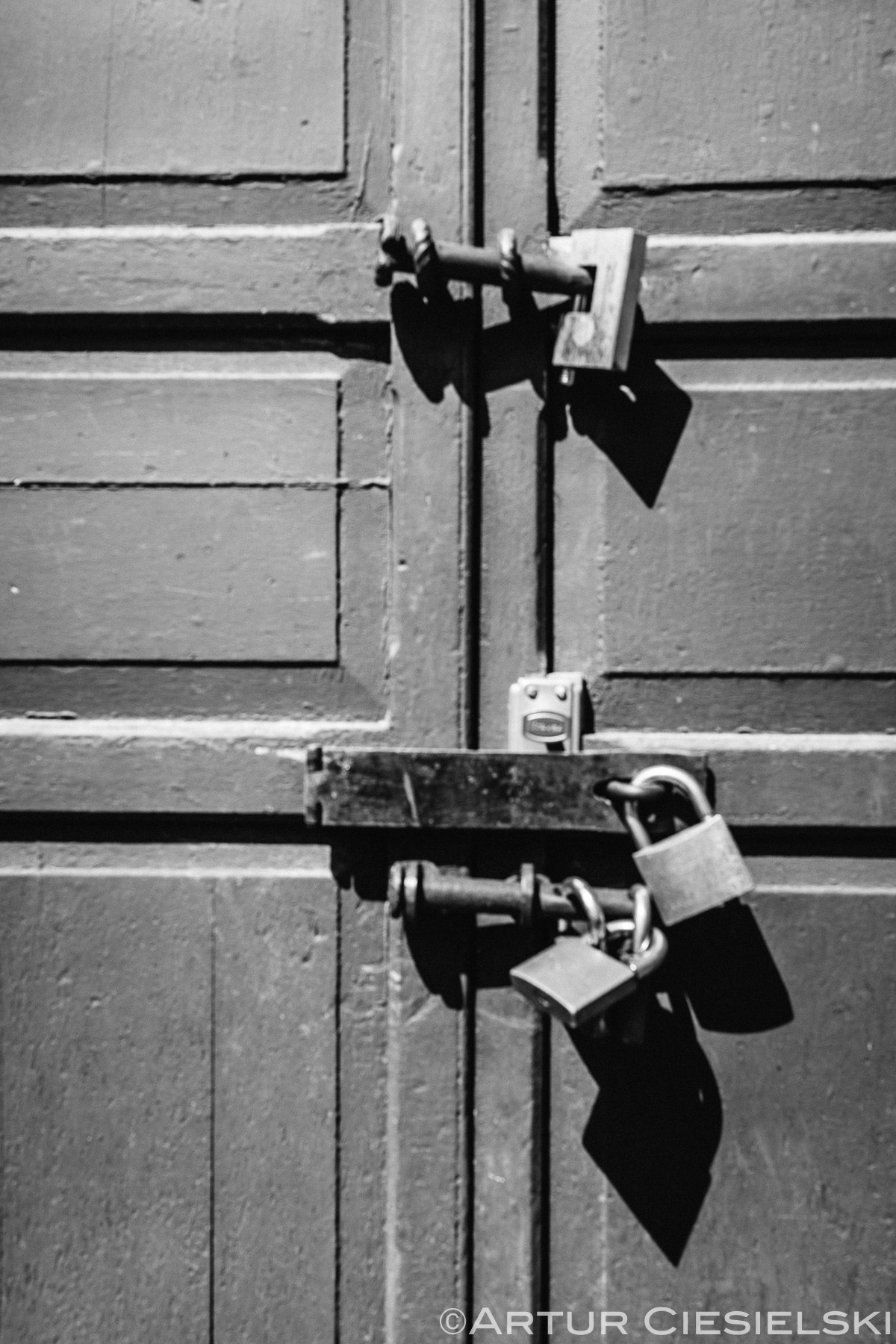 Dogs are part of the city. They are everywhere: in the center and in the suburbs. Many are stray, but they all seem in tune with the workings of the city. 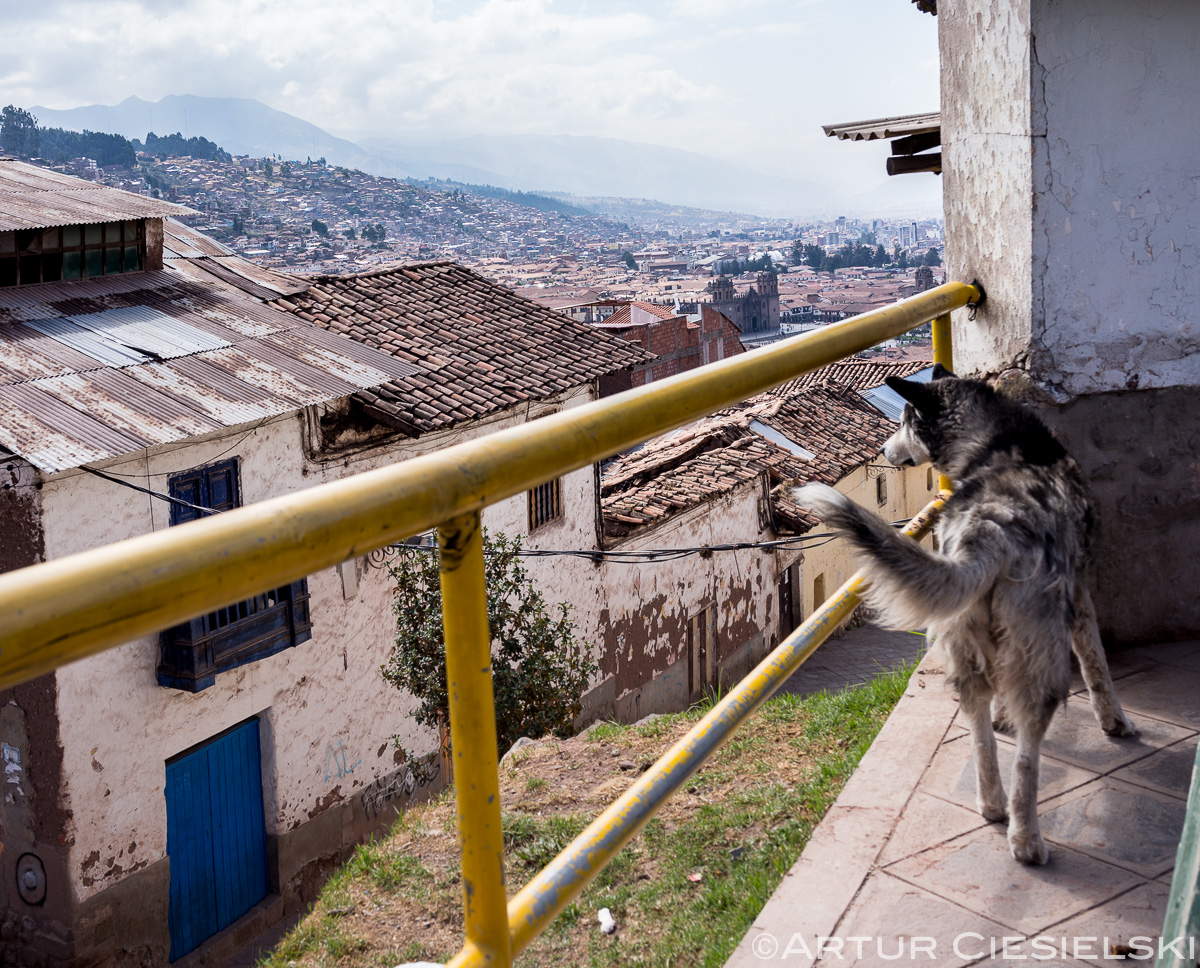 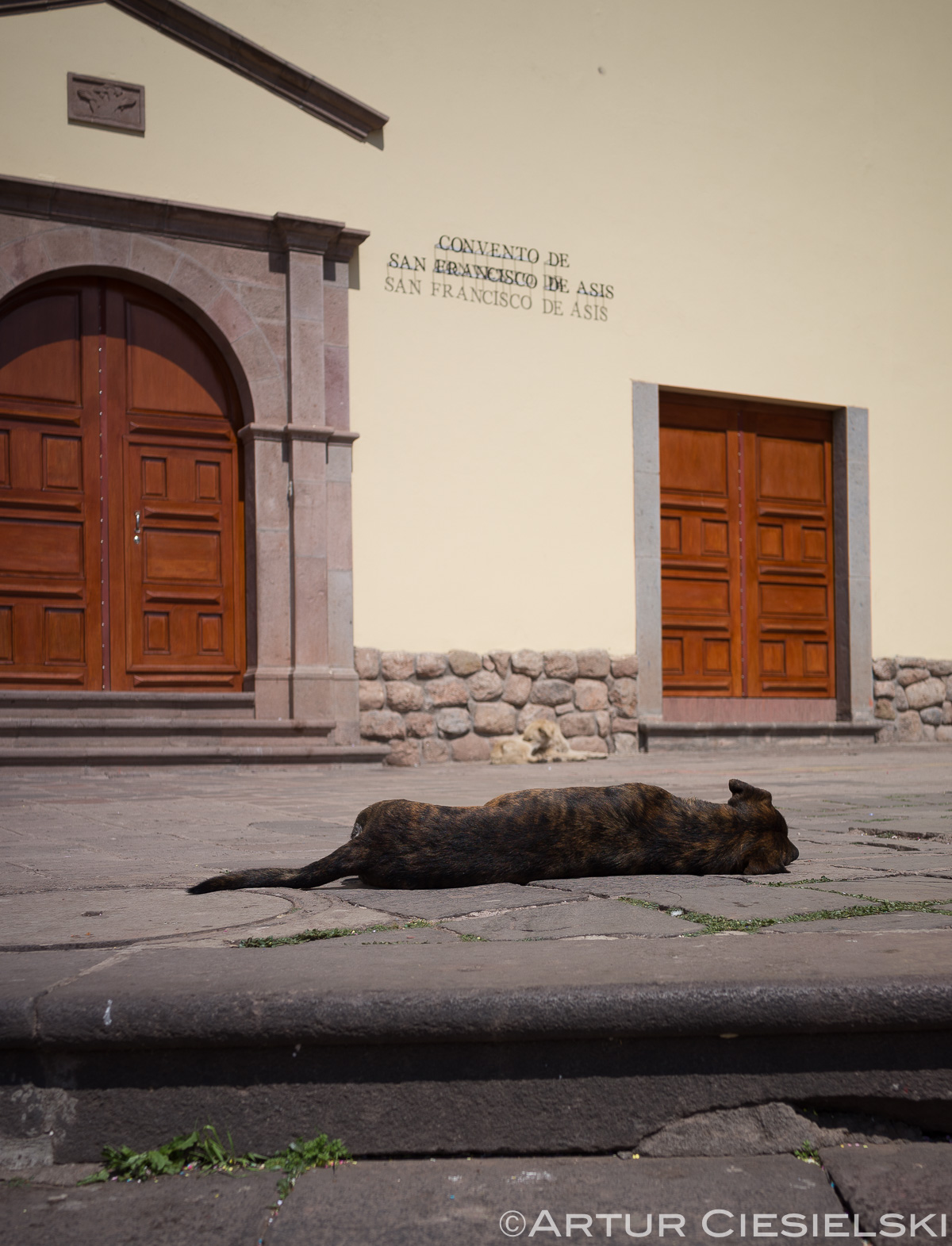 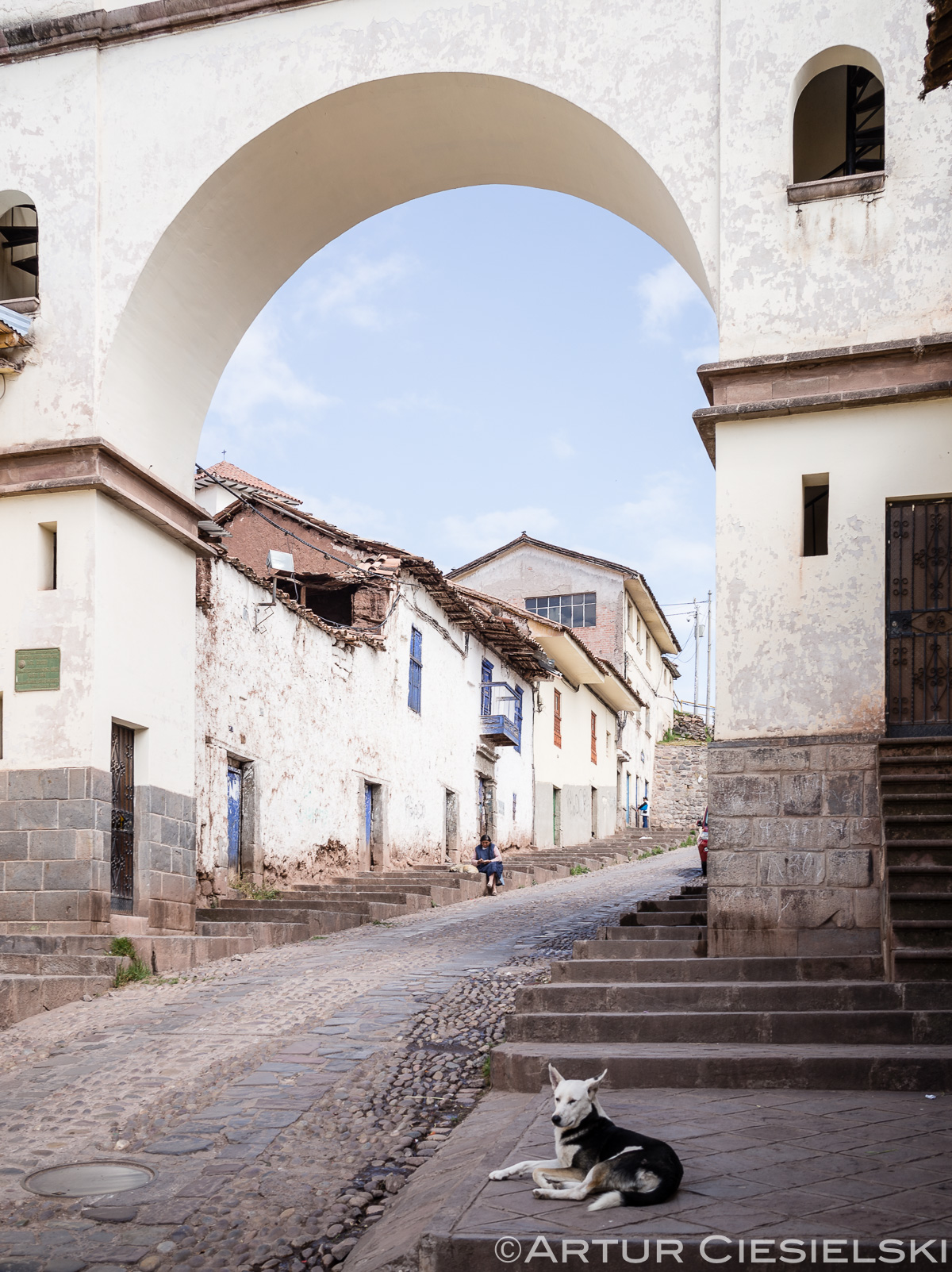 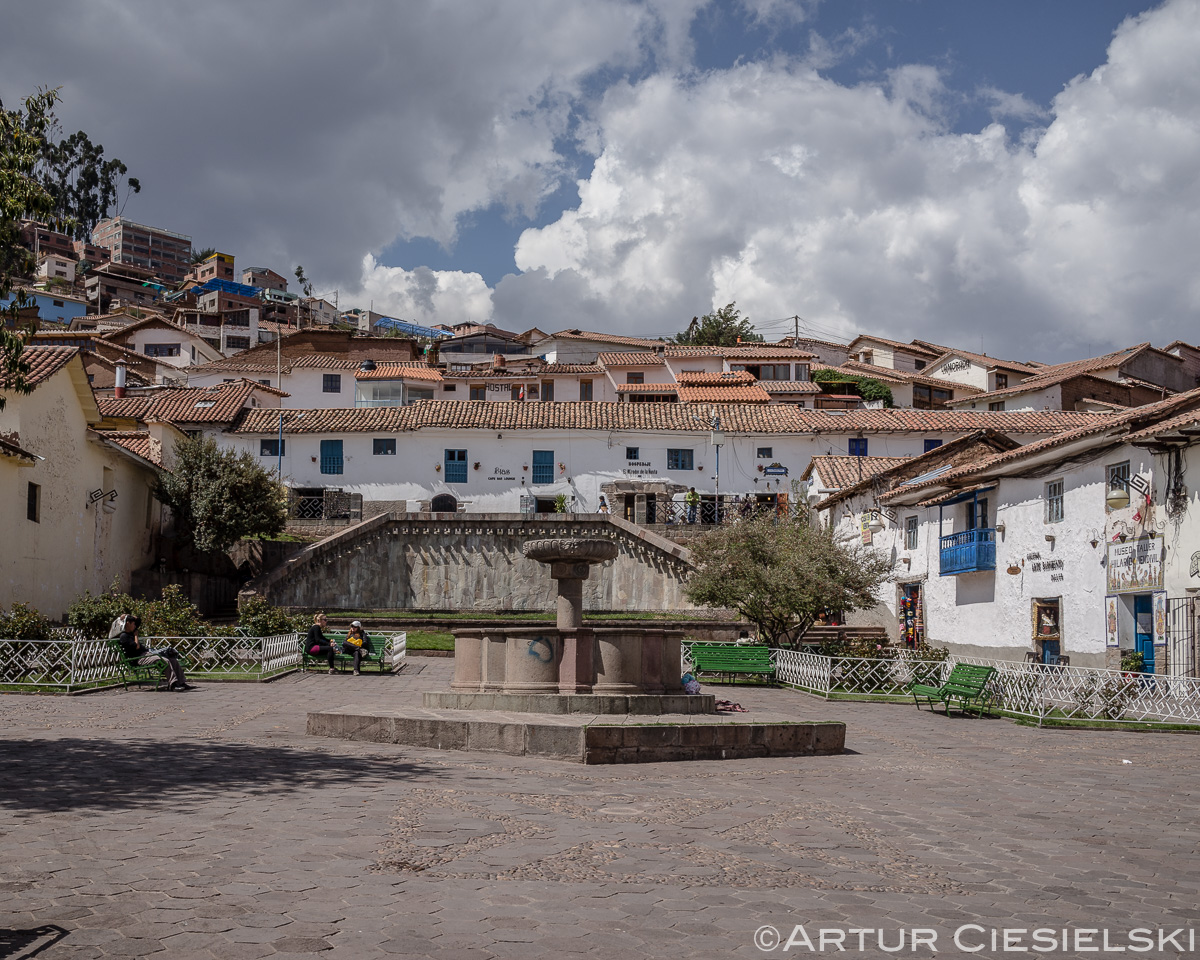 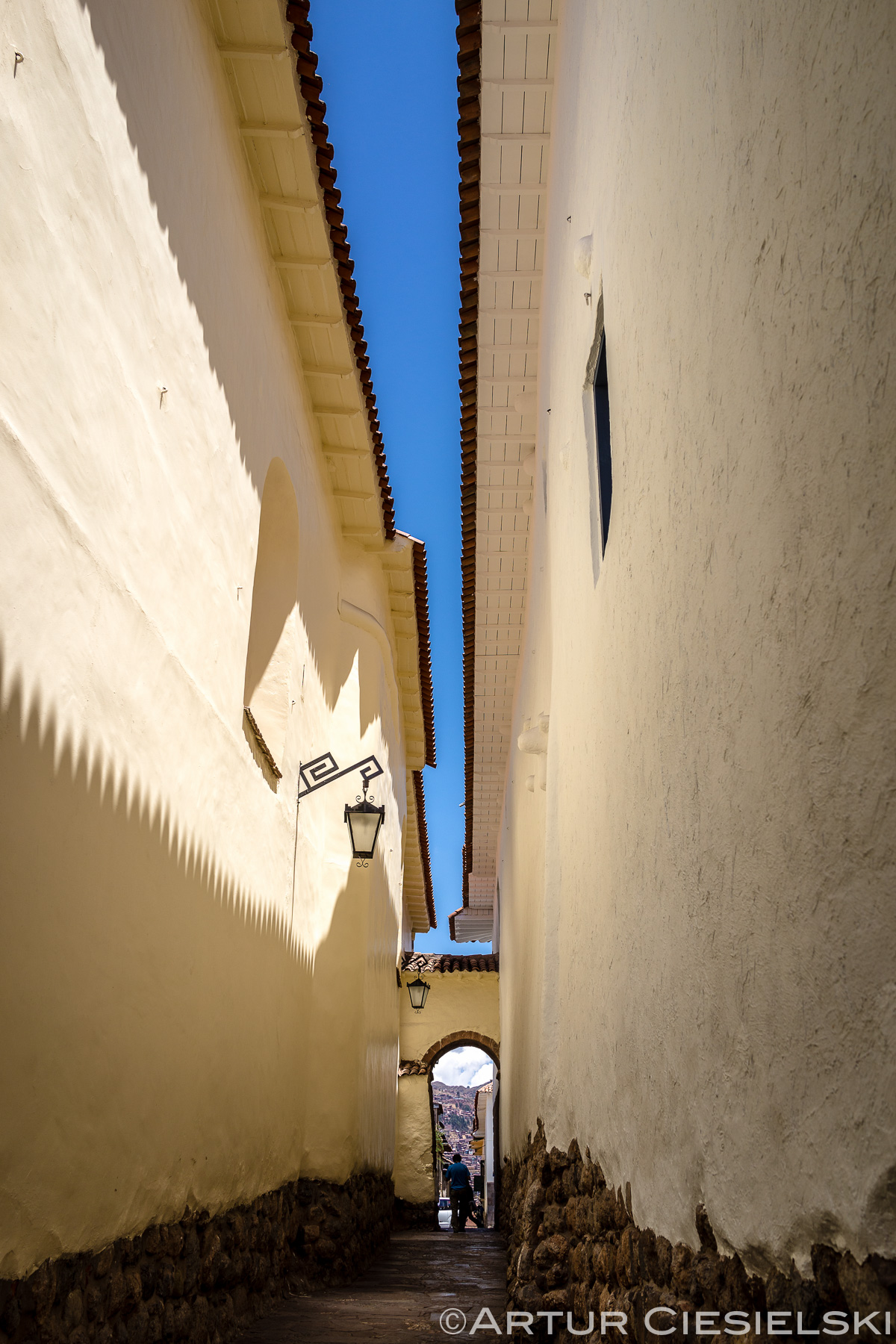 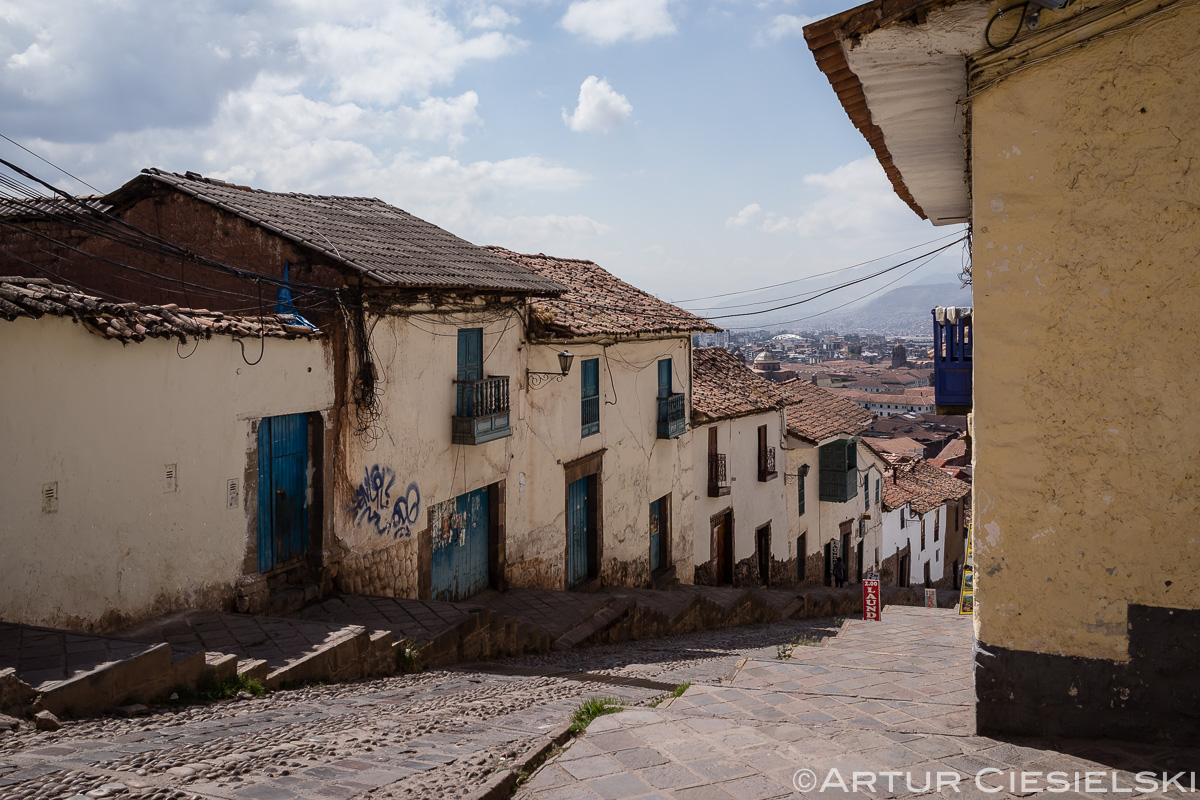 This lady walked up the fountain, opened up a hole in the ground and disappeared. Only about 5 minutes later her hand revealed itself first with a large hose followed by the rest of her. It was very amusing. 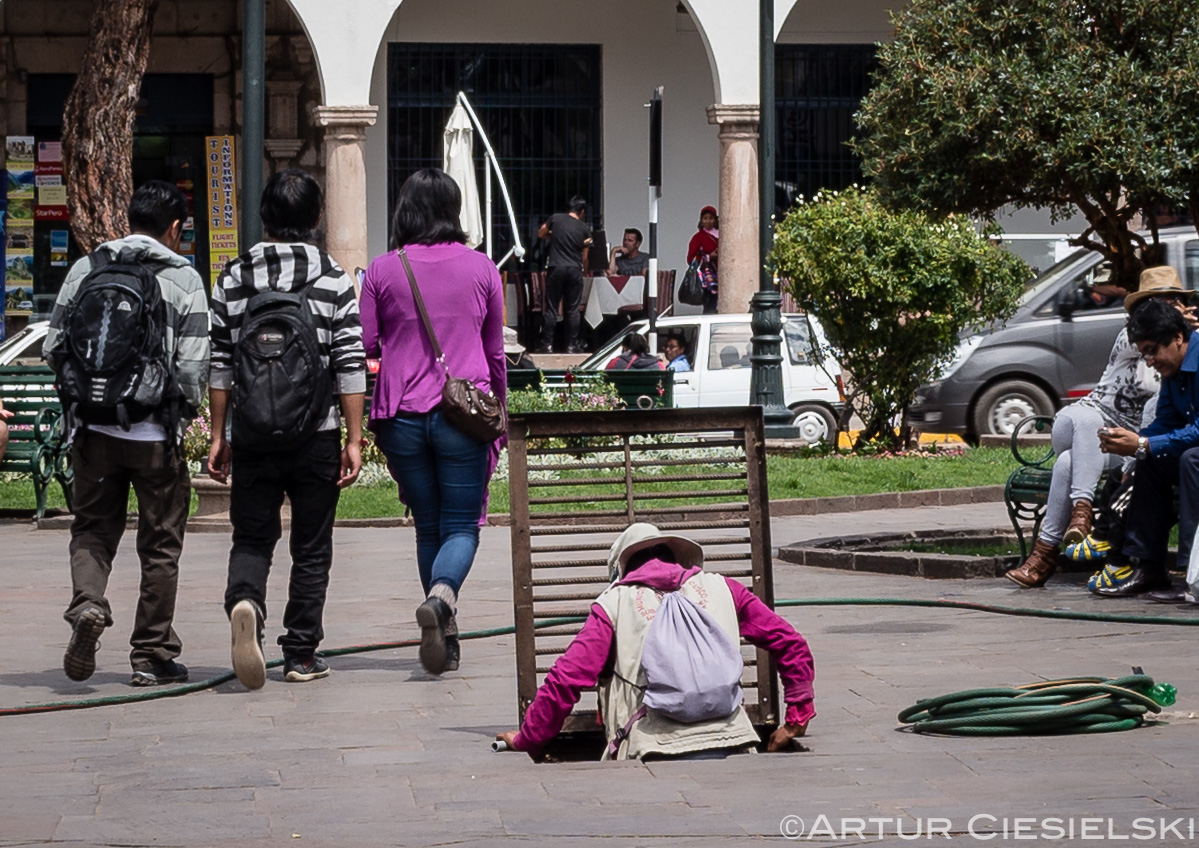 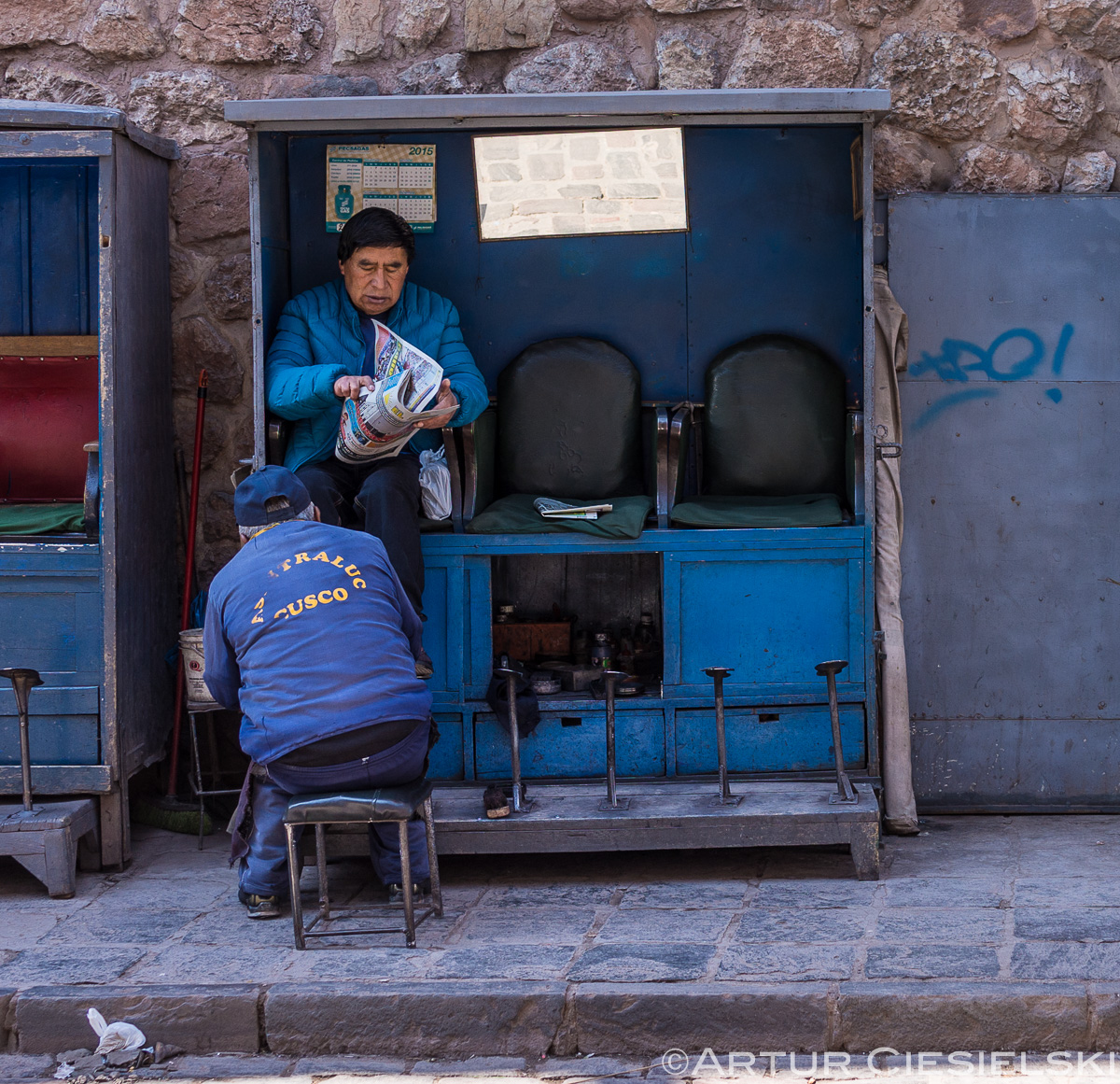 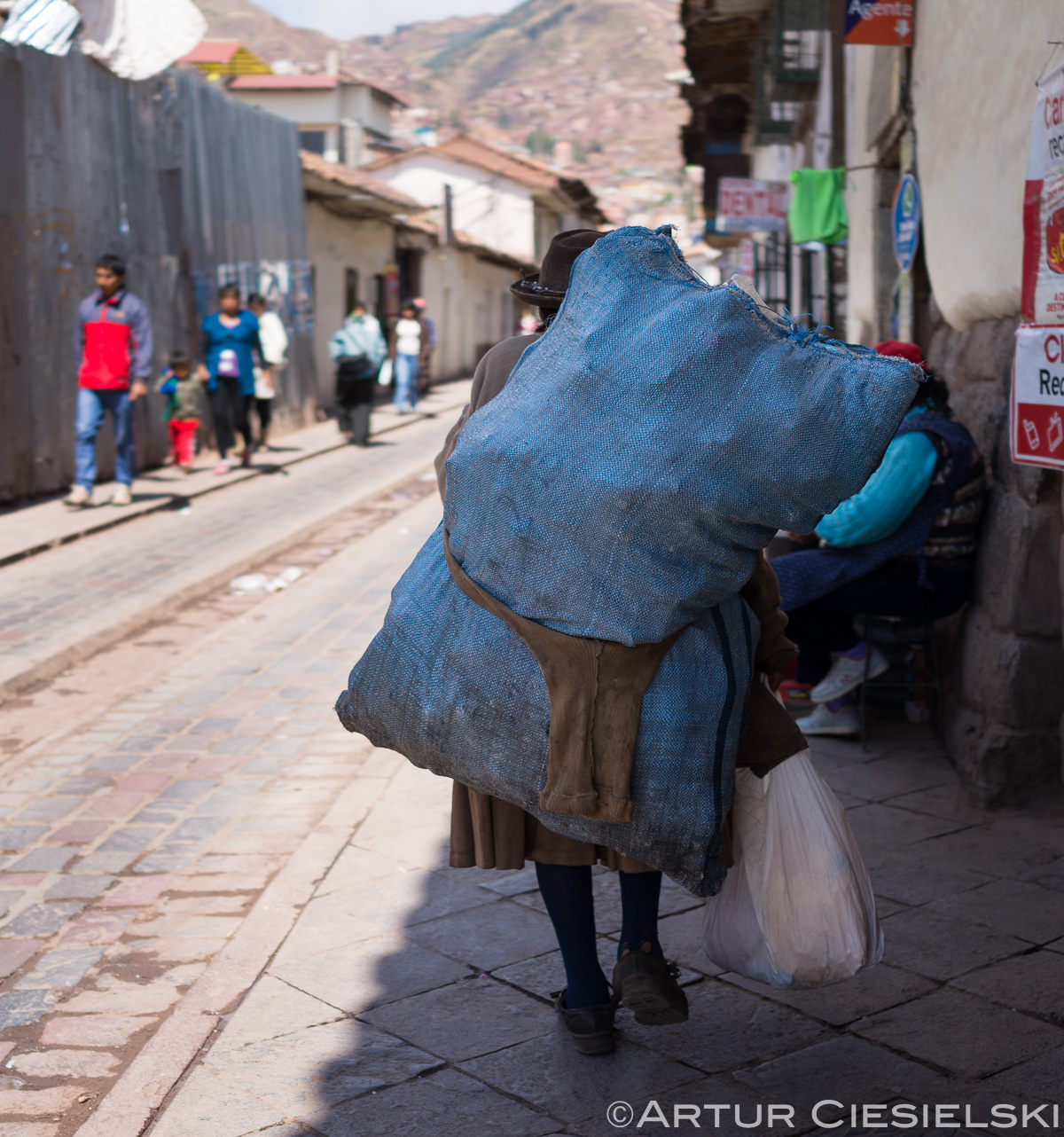 I walked around the San Pedro market and in when we first arrived in Cusco. This is where the locals shop. It’s scary, beautiful, intimidating – everything is there – from cow lips, spices, hundreds of potatoes, beans, and so on, and fruit. 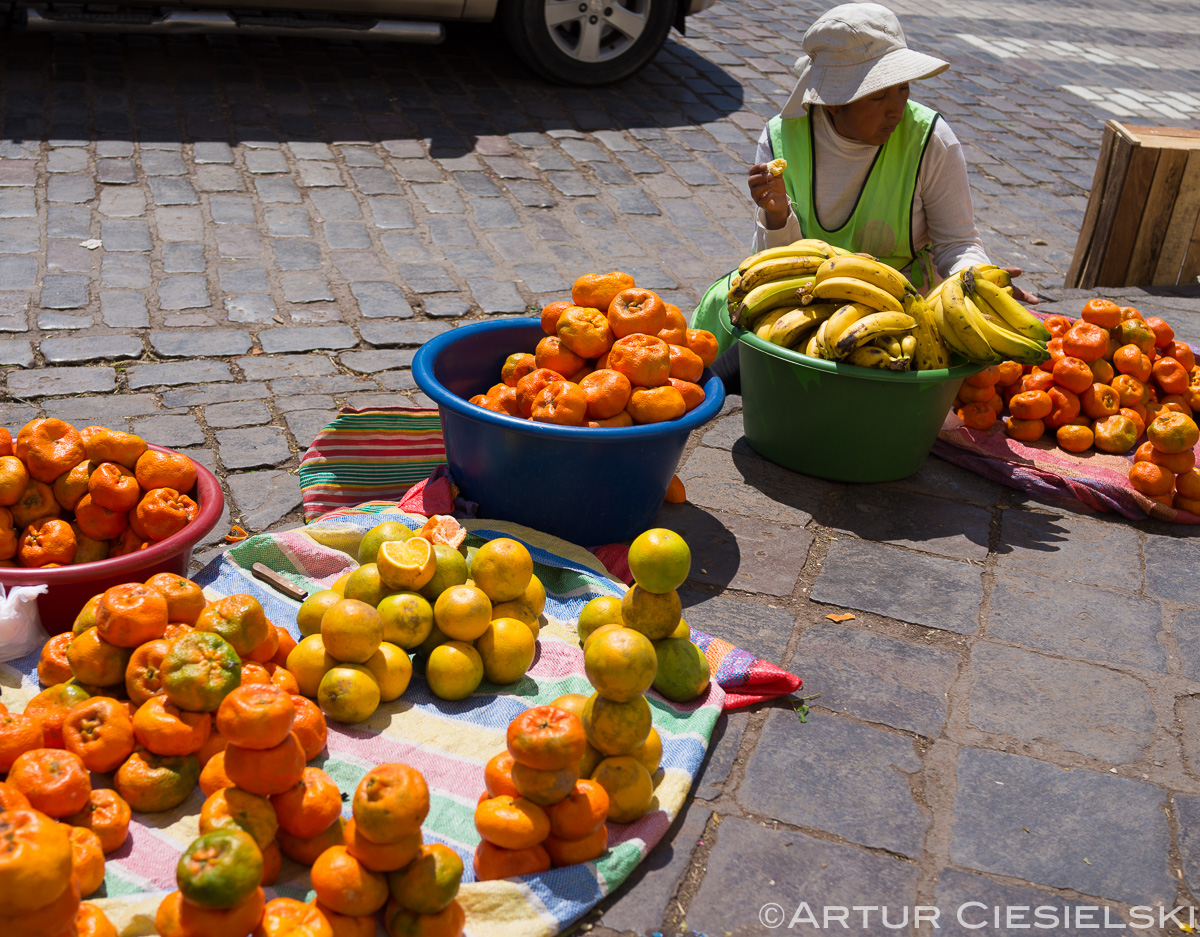 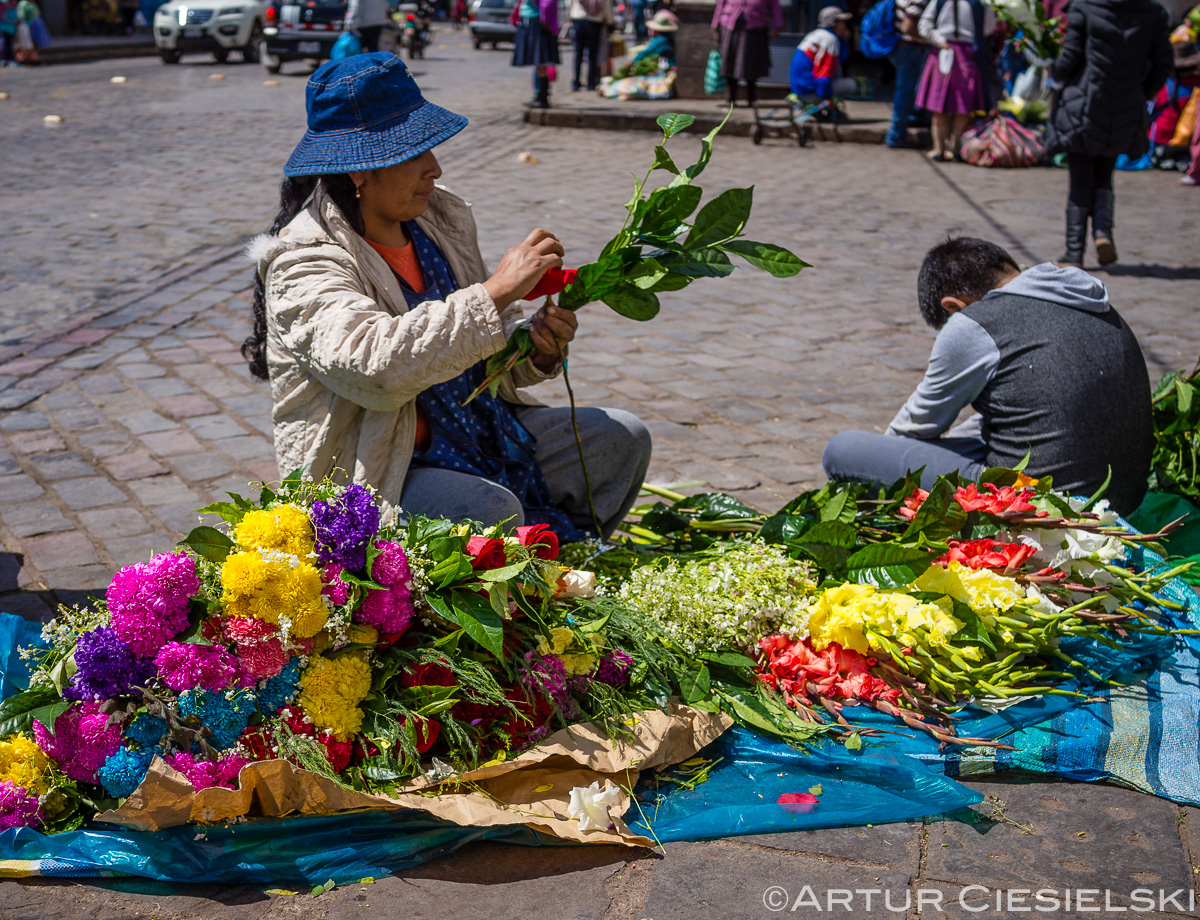 I left the city of Qosqo and Peru – even though I’m still at the Lima airport – with mixed feelings.

I enjoyed my visit here, very much. The people are great, their treasures too. The food in Lima is amazing and so it is in the private homes we visited. It’s a diverse county, of which I only saw just a bit, but likely so much more than most people who visit it. That was afforded by having a local guide and mountain biking throughout.

I think what bothered me the most is the litter which you’ll see everywhere, and it seems the lack of care about it. Some of the most beautiful places are covered with trash – along the streets, the sides of mountains and rail way – anywhere people are – so is their trash.

As of now, I don’t think I’ll come back here. There are so many places to see in the world. I certainly don’t regret my visit and I would not discourage anyone from visiting, just make sure to do more than go to Cusco and Machu Picchu.