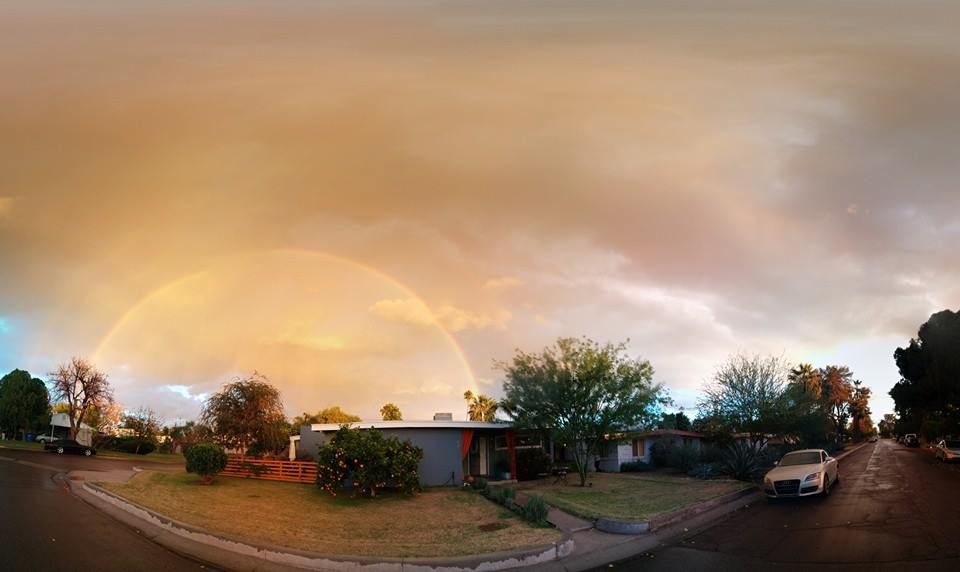 It’s a phone, yet it’s a camera. Taken with the awesome Google Nexus 5 this photo was taken using the sphere function – an ability to take a photo of one’s complete surroundings on all sides, up and down in one photo, though I did not to that here – I used it to take a partial photo of my surroundings.

Taken on a fall rainy day, this sky just floored me and then the rainbow showed up. It was something spectacular.

The Backyard Garden Over Time

Previous Post Grass On The Oregon Coast Next Post Lazying On A Sunday Afternoon, Cappuccino In Hand