Continuing the neighborhood projects I decided to take on Dream Draw this Friday and ended up having to call for a ride home. More on that later. 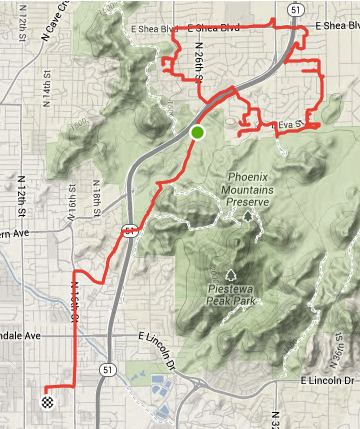 Dreamy Draw has an interesting history.

There is a reason it’s called dreamy and it has nothing to do with those beautiful views – rather it’s a toxic substance induced feeling of lightness, one luckily outlawed and long over.

But its history is not only about toxic substances used in mining. Did you know there is a UFO buried under the Dreamy Draw dam, one that crashed there shortly after the Roswell incident?

I will get to that once the neighborhood page is done.

Most people don’t know the history, they don’t need to, but it sure make things more interesting.

Today this area, a somewhat natural desert setting in the middle of Phoenix is all about mountain views, mountain biking, cycling and hiking trails.

As you can see by the map on the right, my ride was mostly on the Northern end of Dreamy Draw. I was going to get into the Southern-half on the way back, closer to home, closer to A/C, but I, foolishly, decided to take the 1A trail instead of a paved road. The bike had the wrong tires and it was not long before a pinch flat left me walking instead of rippin’ the trail. I knew it would happen, but I still did it. So the trip back was partially a walk and then a lucky ride from Joanna.

I’ll have to continue the photo session another day.

What is interesting is that once you start paying attention the distinctions between the neighborhoods are truly clear: even though Uptown Phoenix is close there is a different lifestyle there than living in Dreamy Draw.

And a few photos from today’s exploratory ride. 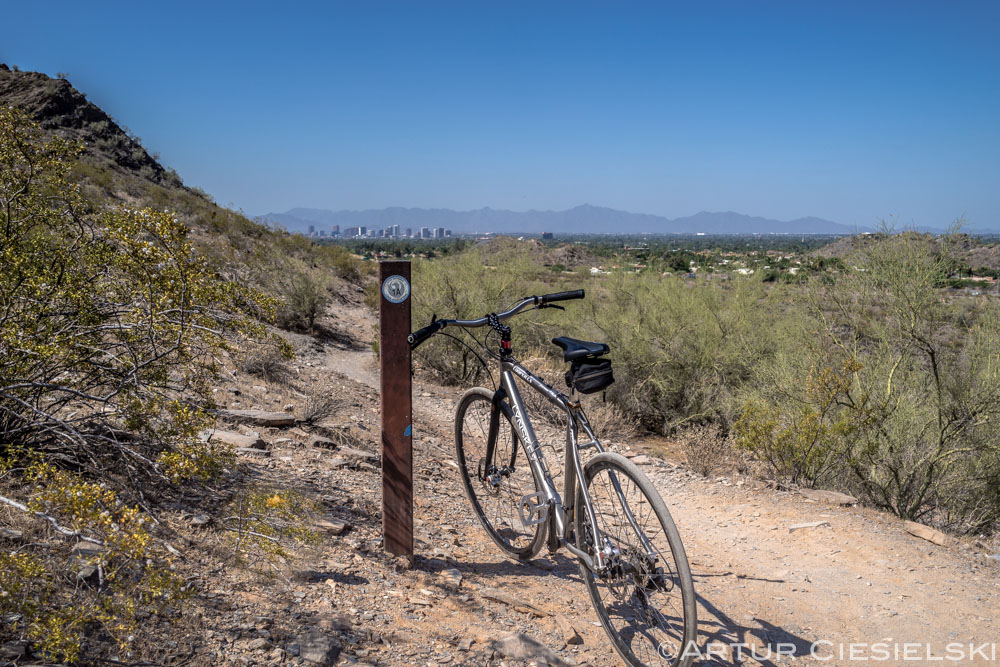 Cycling Trail 1A in the Phoenix Mountains Preserve.

An overpass above the Piestewa freeway connecting neighborhoods and trails. 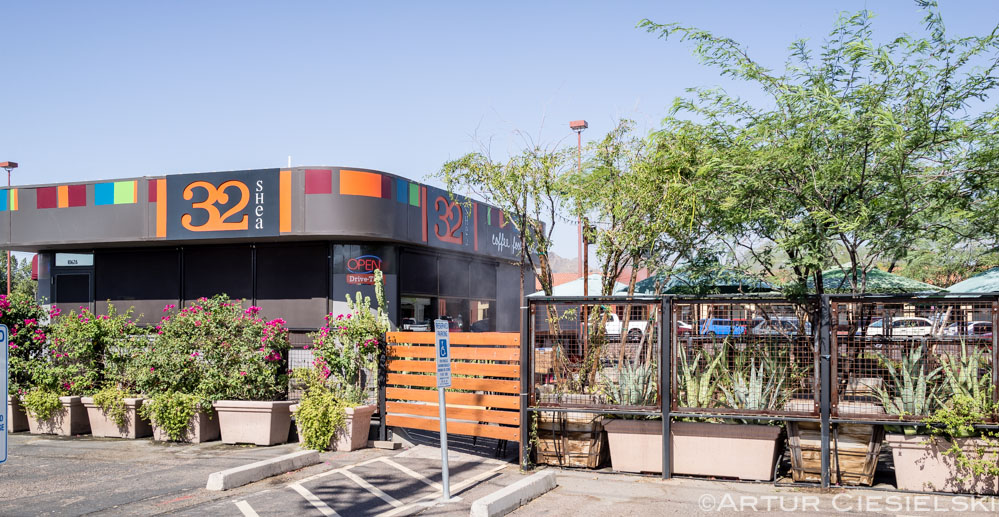 Shea Coffee – dine in or drive through.

All this for this page. Check it out – as it’s being built – but it maybe already done depending on when you visit this page.

And then there is compassion.

Lazying On A Sunday Afternoon, Cappuccino In Hand