The Backyard Garden Over Time

This is an ongoing photo journal of a back yard. Photos will be added as time passes, with the oldest on top and newer photos at the bottom. 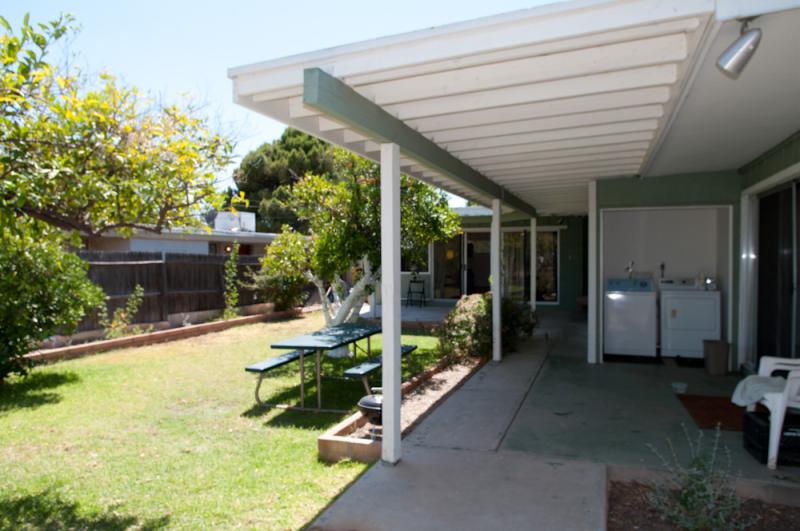 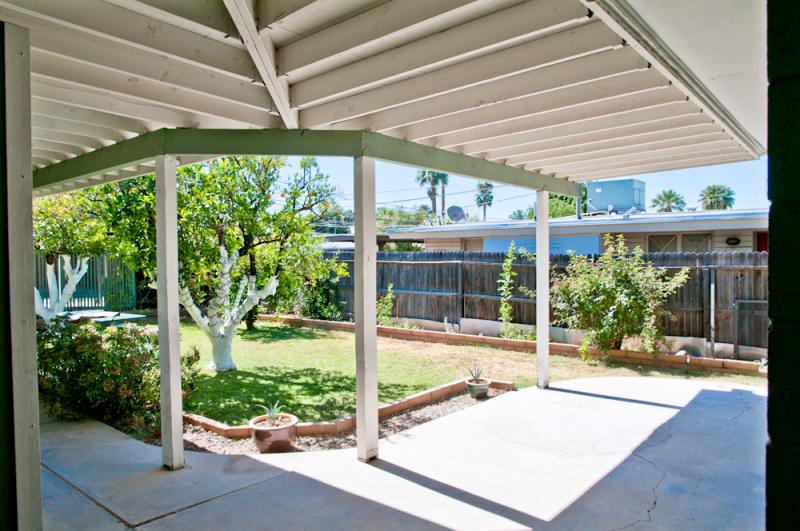 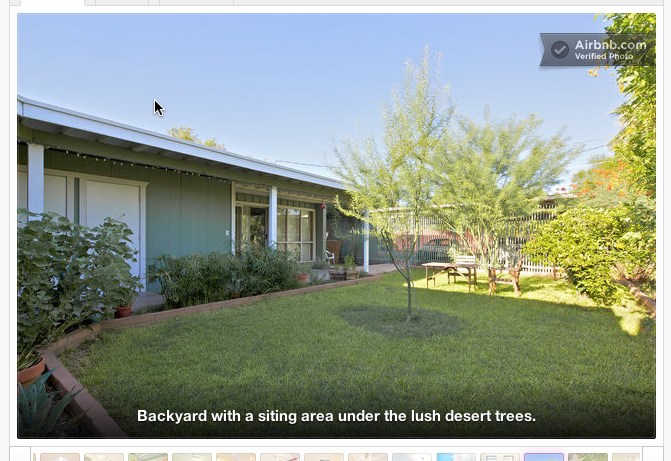 The first photo was taken mid 2012 when a photographer came to take shots to be included in our Airbnb listing.

In just 1 year the Palo Verde trees matured, providing lots of shade, some of the walls were painted – see the blue. Look – way in the back, Rupik is there.

In mid 2014 the tree toward the back fell completely. It was taken down to the roots and replaced with a new 3 year old tree.

Later in 2014 the tree most in the middle was broken, leaving only a 3 foot stump, by super heavy winds that also knocked down a lot of trees around the city and partially uprooted the grapefruit tree on the side.

From the stump a new tree will grow. Within two months it has new off-shoots that are already about a foot tall, but this is not the growing season so the tree will probably stay like this until the late spring.

There are more roses – trimmed in the photo below.

It’s mid March and many of the roses that started to bloom are now coming up in masse. 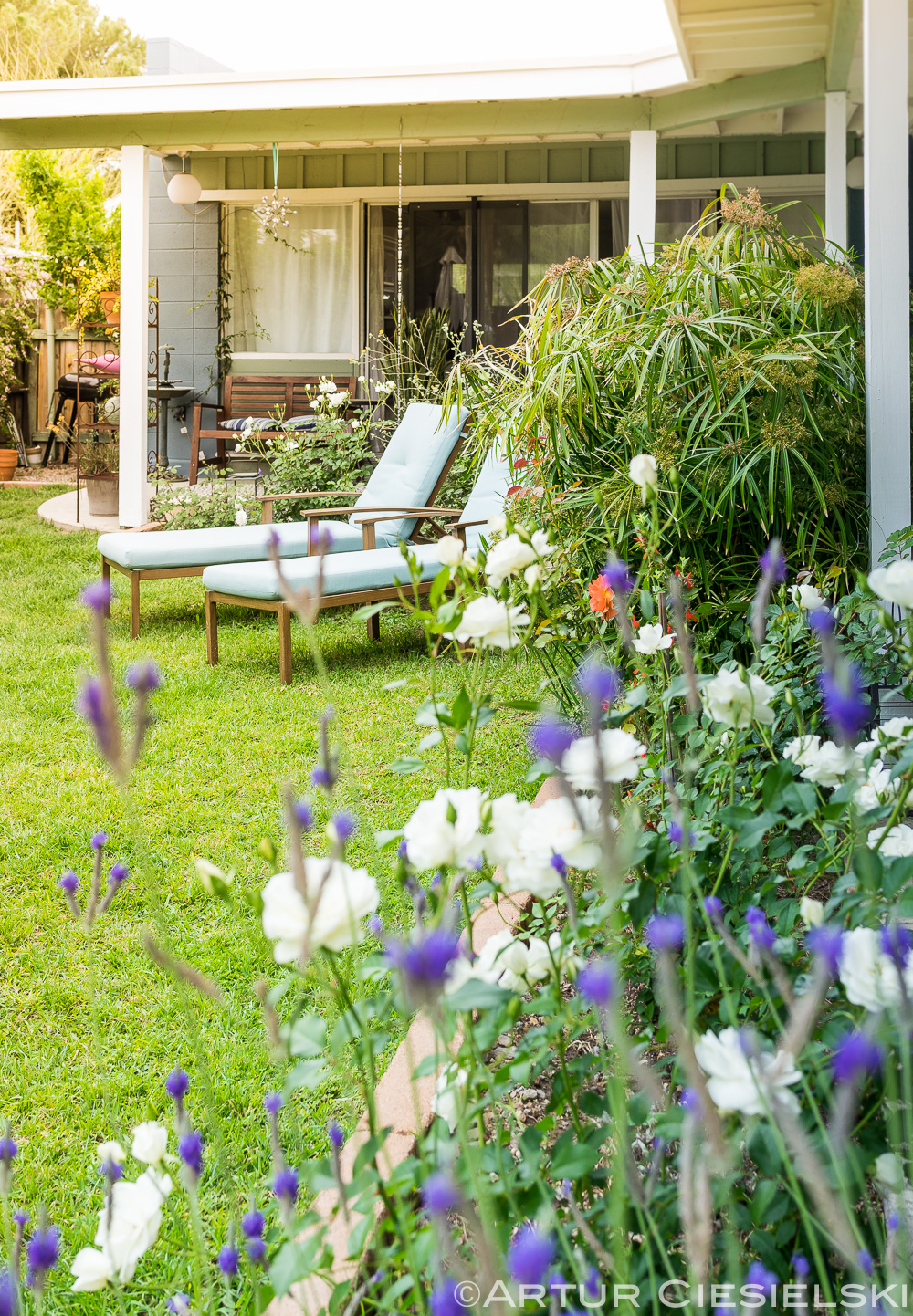 And here, below, in mid-April. 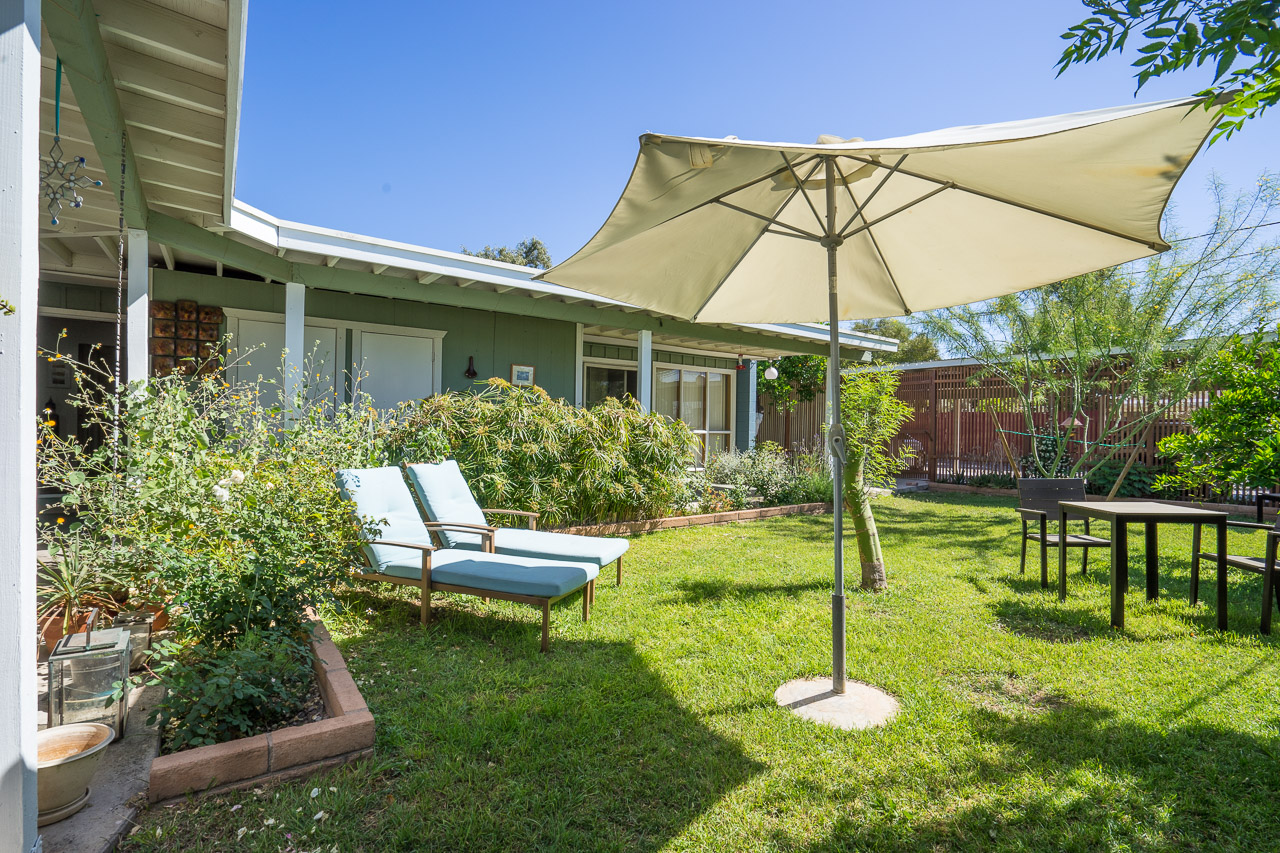 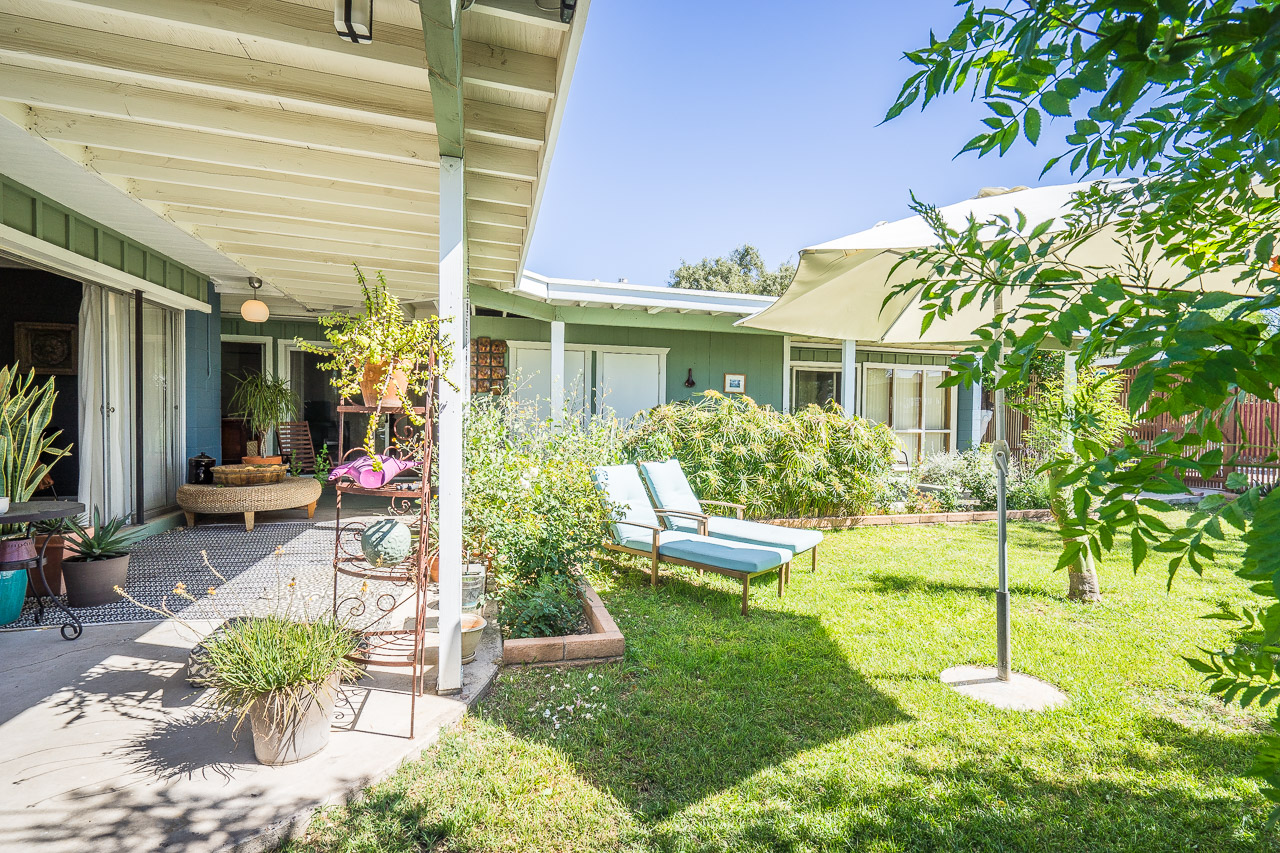 Through the winter the grass was rough, a bit patchy and not as pleasant: I think the heavy rains in December and part of January just simply flooded the yard too much, so much, it was soggy.

It’s now March 30th, the grass is much better, the roses are plentiful and fragrant, the nearly all gone, and much has changed.

The Palo Brea which broke in October 2014 is now large and healthy, again. 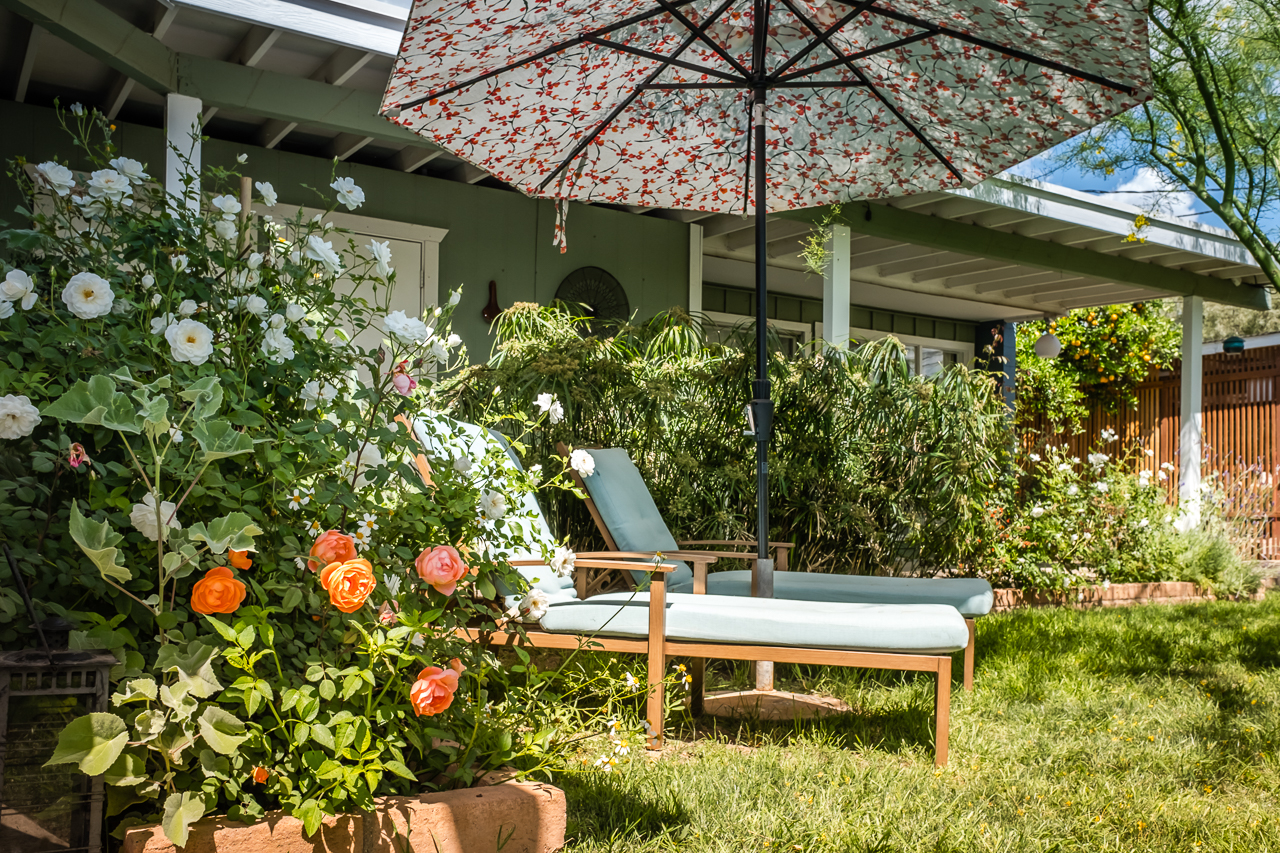 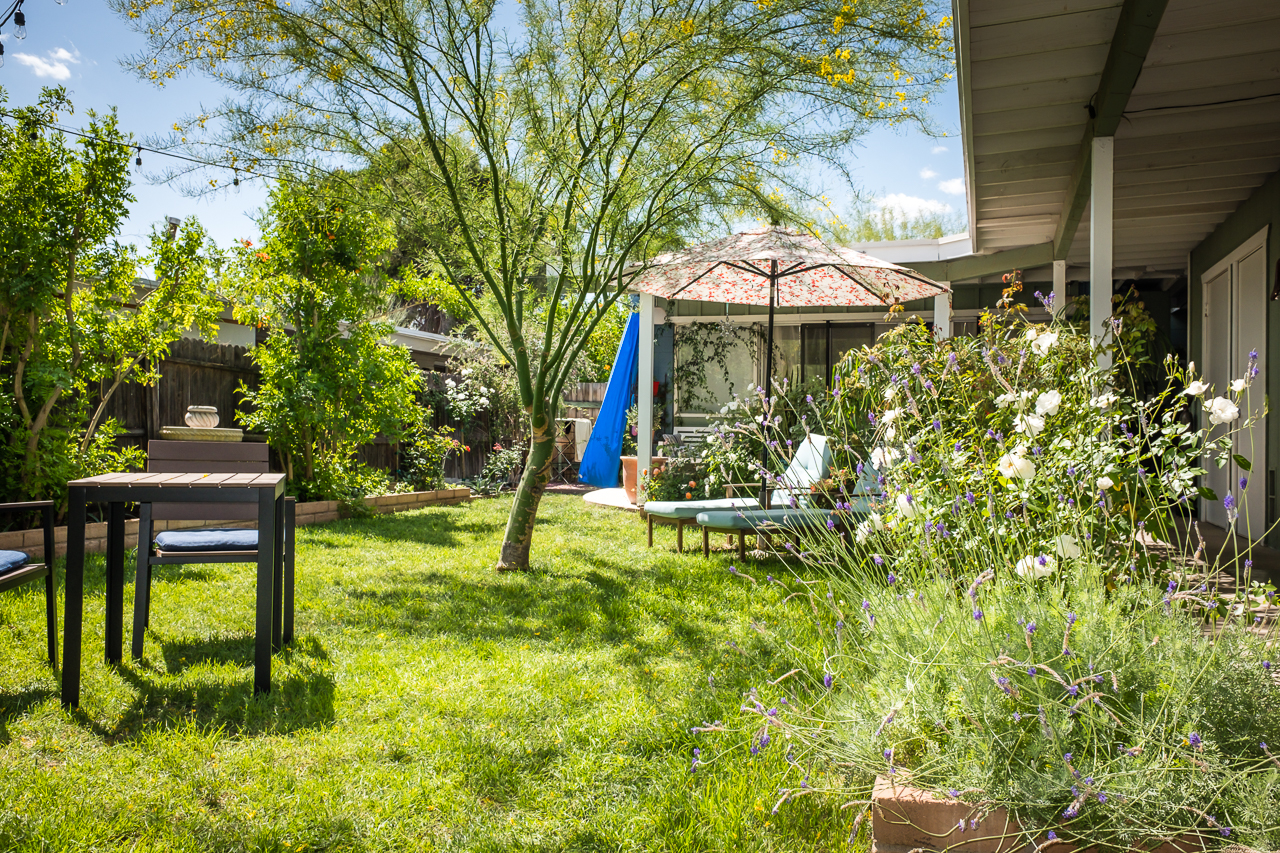 It’s now April 16th and just 2 days ago I took these photos below. There is more of everything. The old fence was replaced in January. In the first photo on the left is part of the new carport that was added for the 4th car in early April. 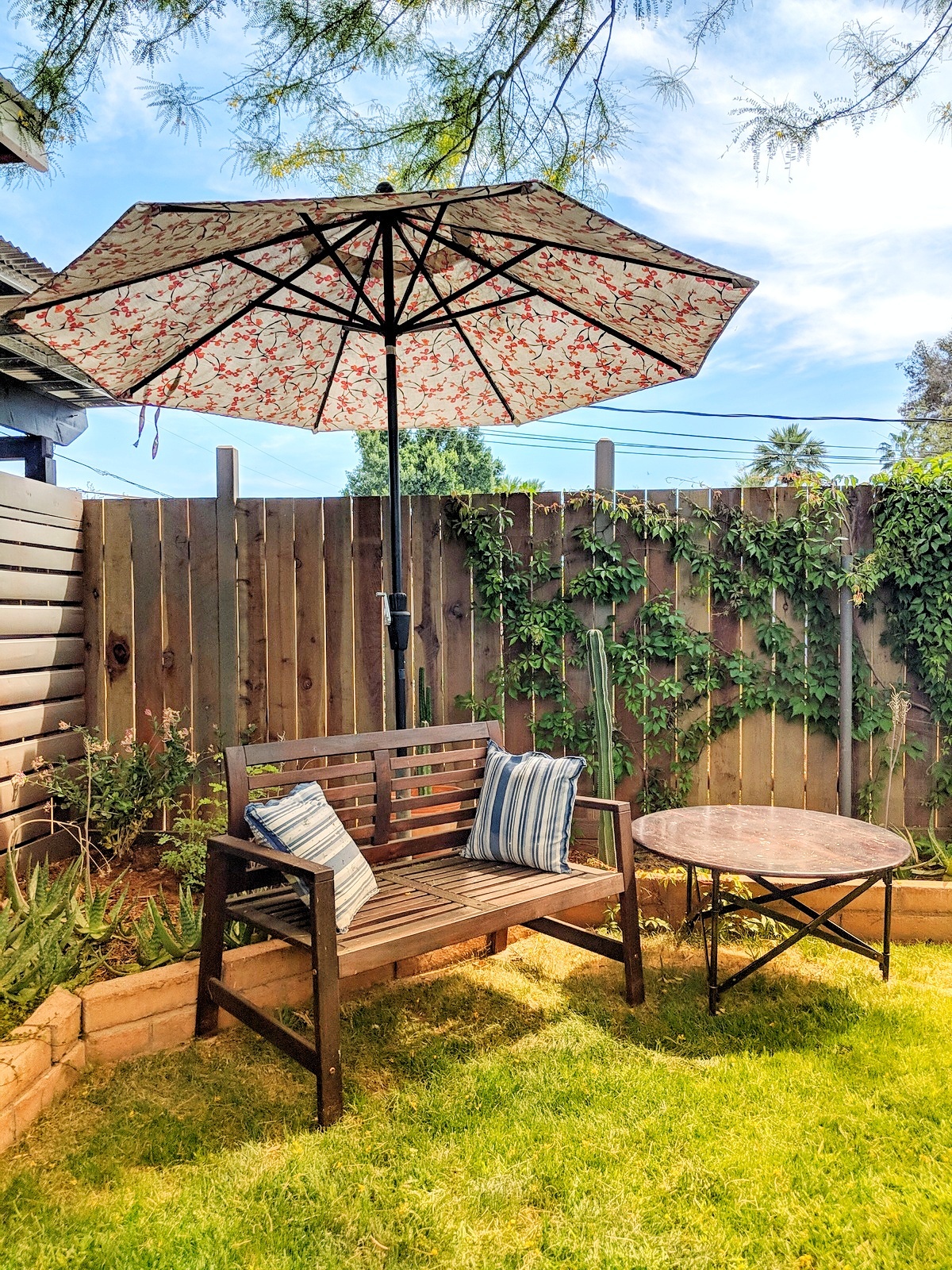 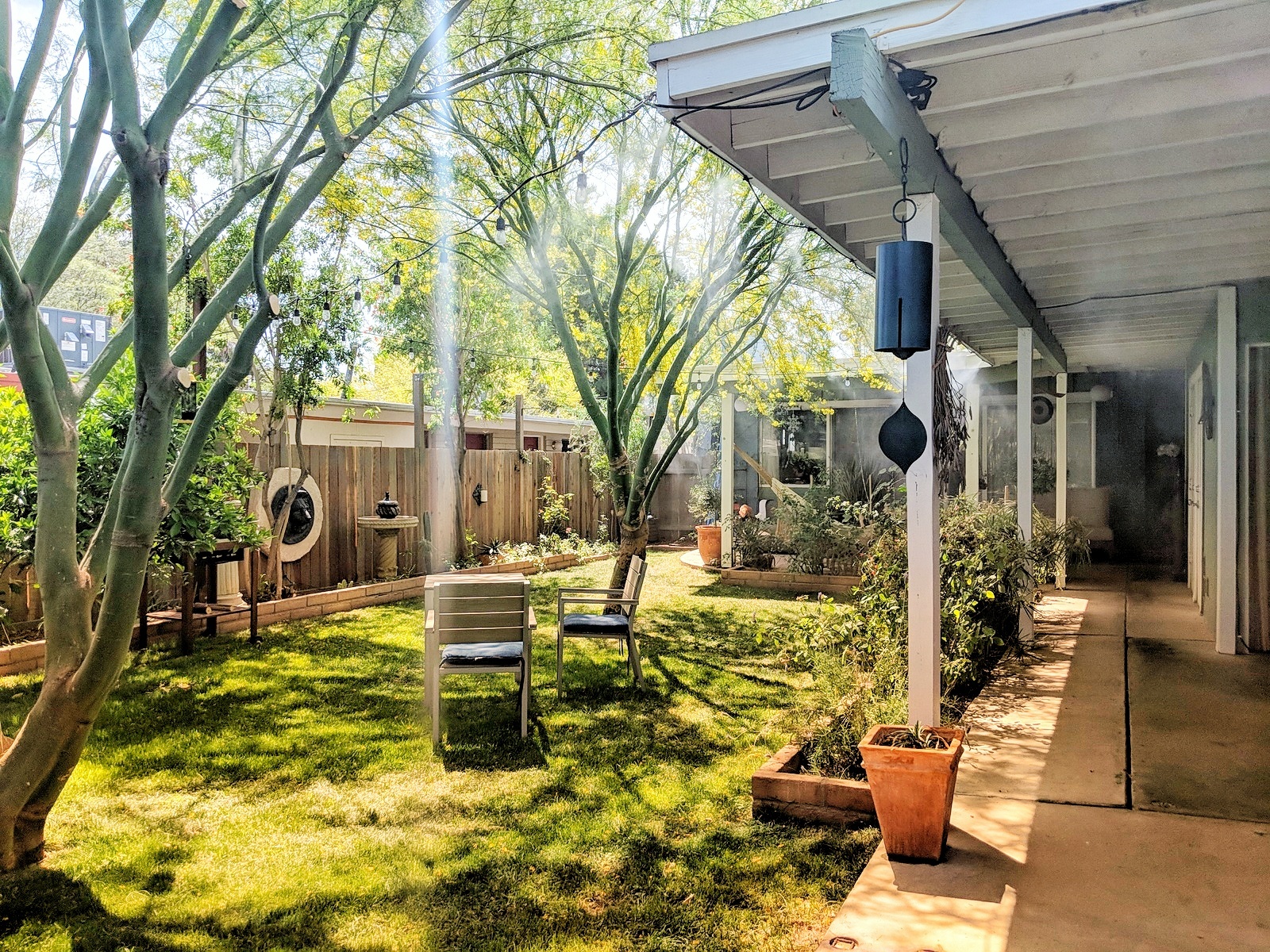 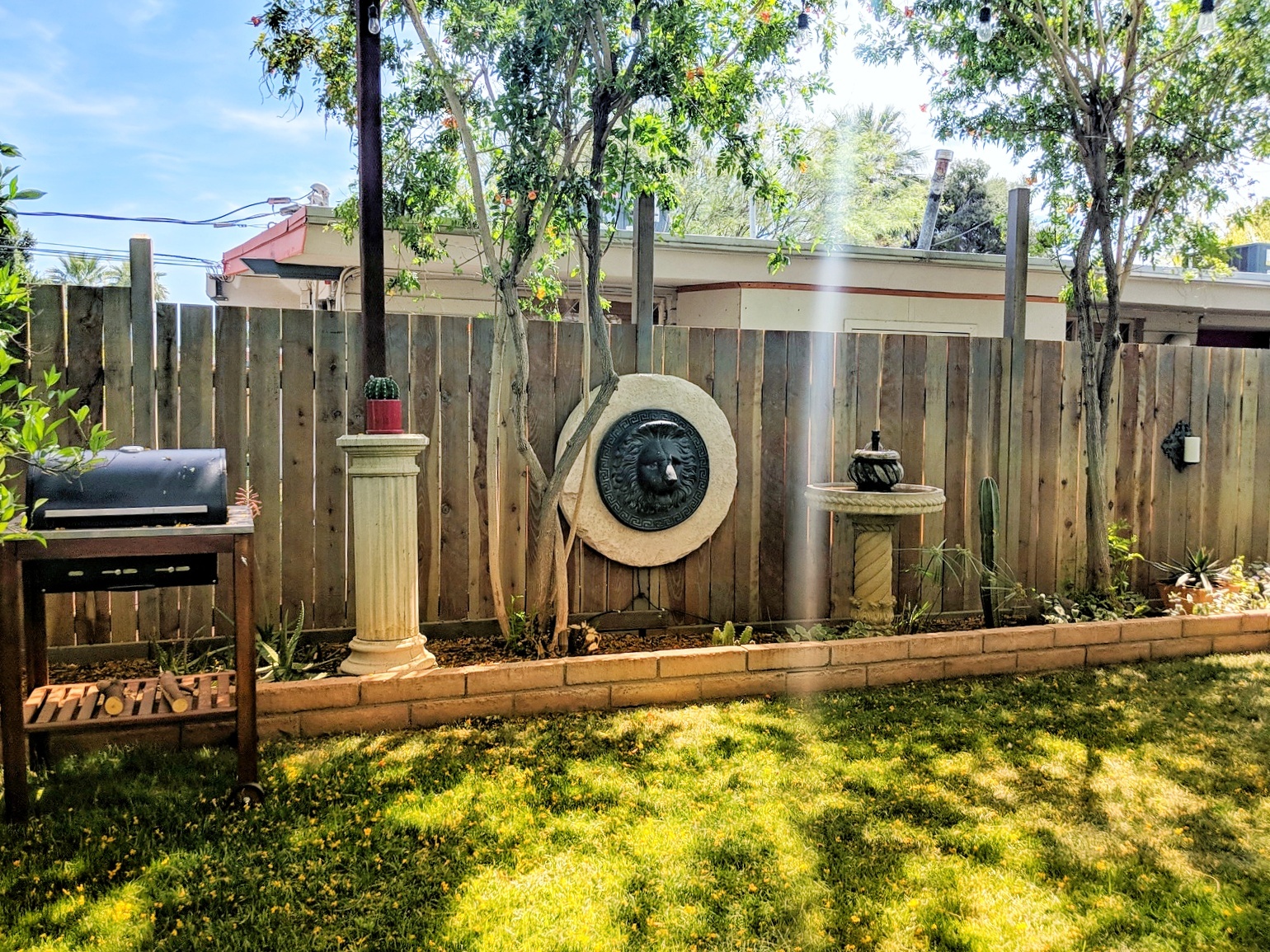