3 months in this pair of shoes have been in 4 countries, up to 15,000 feet, in temples, going down hill at 70 kilometers an hour, over rocky terrain and on brutally rough trails in my neighborhood.

Here is how they did.

I purchased this pair in preparation for a trip to Peru. I wanted to take along only 2 pairs of shoes: 1 for sport and 1 for the more casual wanderings (Mata – of which I have both a black and mole [3 pairs so far] and fit it all into my Minaal backpack (review coming at some point).

On the last mountain biking trip I had a pair of shoes similar to the RA in canvas. They were the first Vivos I had and did really well. I liked them a lot, so much so that when I found a yellow pair I got two, one of which is still in my closet and the other well worn and now gone.

After being rather disappointed with the Trail Freaks I wanted a shoe that will also work on my local trails and not get ripped to shreds within weeks by the sharp rocky trails around Phoenix. 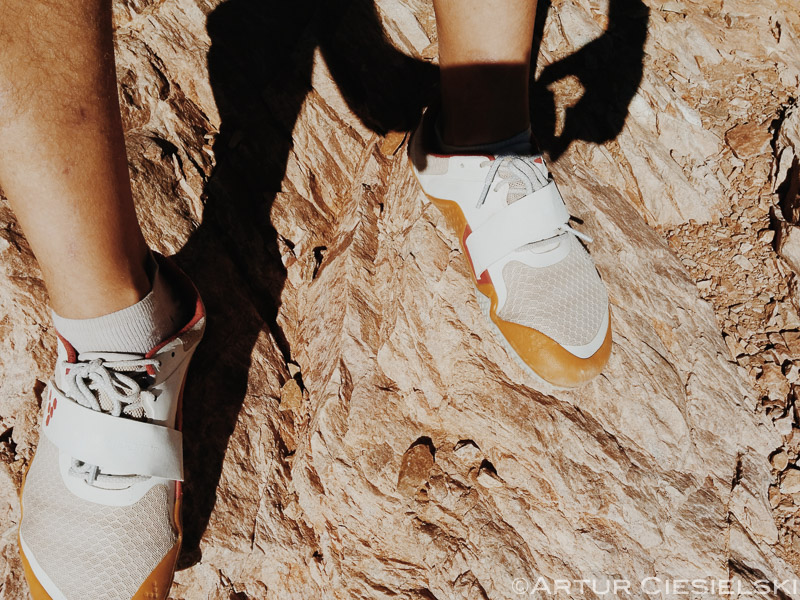 3-month-old Motus shoes on trail 8A in the Phoenix Mountains.

So how did the Motus do? Did it live up to the hype and my demands?

Yes, and I used them for activities they were probably not intended for. I’ll go by some of the activies they were used for.

I use flat pedals on both my road bike and especially my mountain bike. This is probably a remnant of the BMX days, but also, because I don’t want to be caught stuck to my bike and the way I ride demands that flexibility.

Riding the local trails and during the trip in Peru they were outstanding. They afforded me just the type of control I want: a solid grip, even during fast technical descents on rocky and bumpy trails, fast drying after riding through rivers and mud and a solid base that allowed me to push hard uphill. 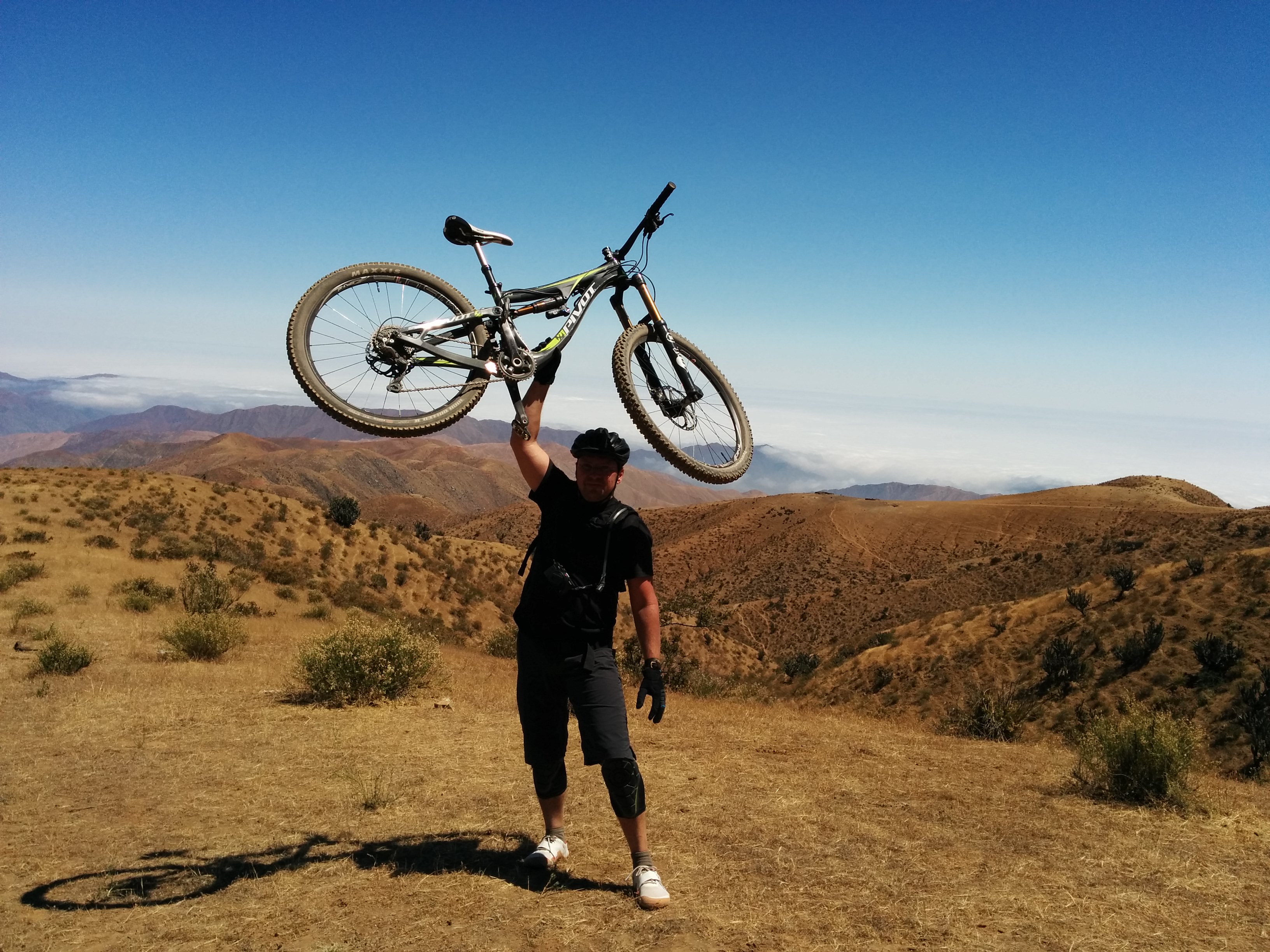 On all day walking excursion to Machu Picchu, on city streets or to a casual dinner they were comfortable and rather good looking.

They provided all the comfort and protection and very little intrusion.

They encouraged additional exploration because of their comfort. 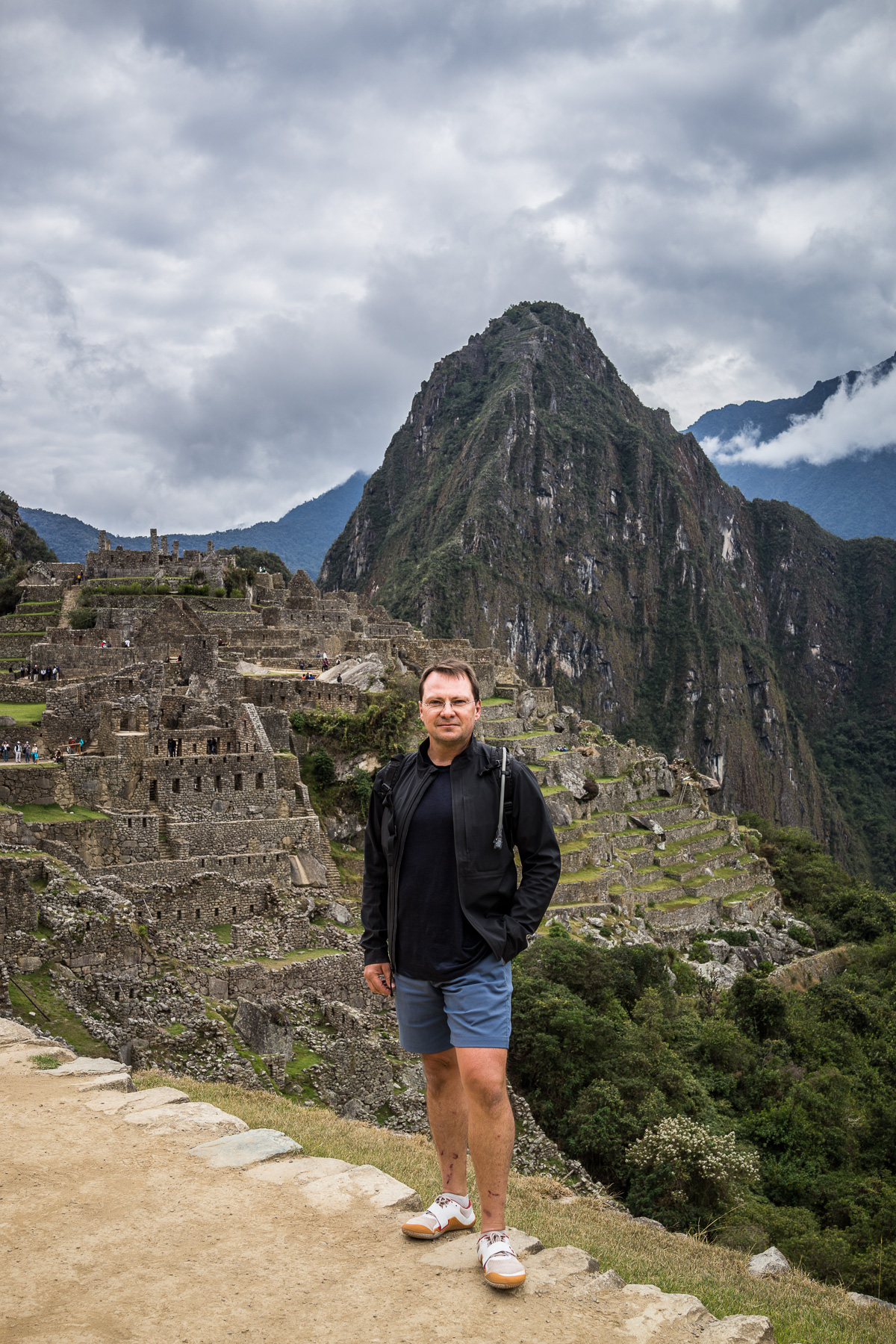 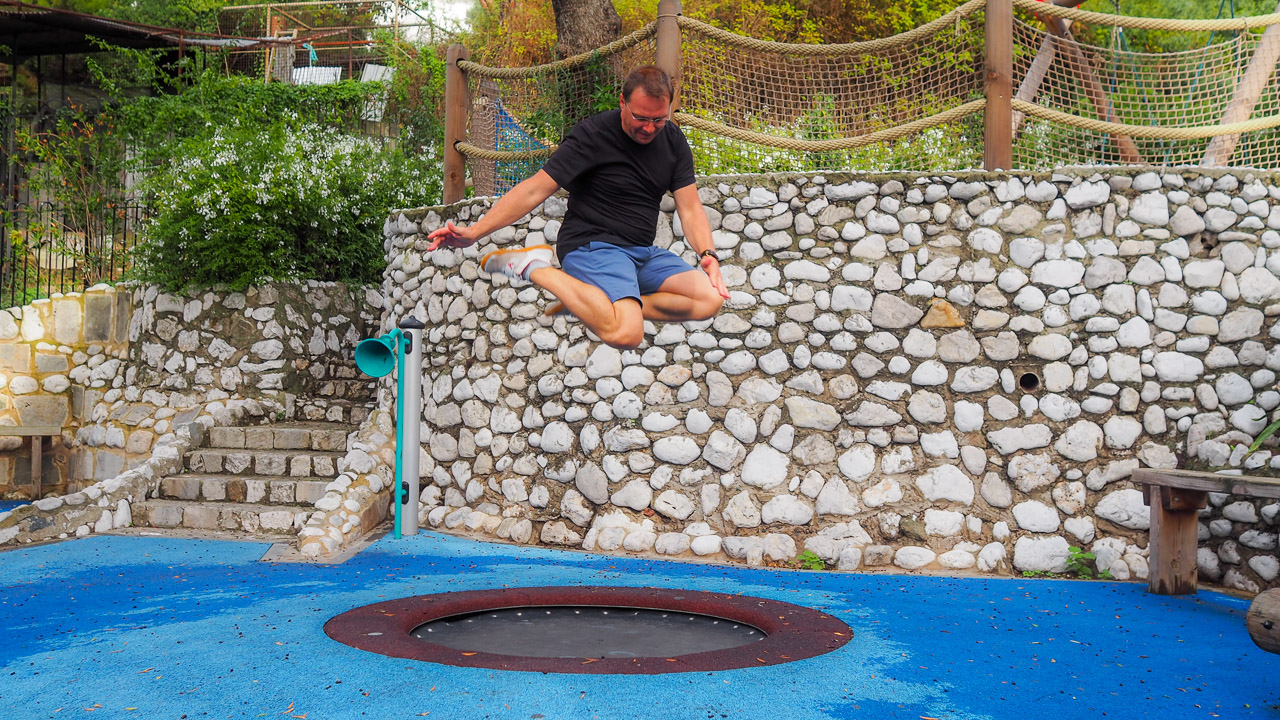 By far the most taxing activity for any shoe in Arizona is trail running.

The Vivobarefoot Trail Freaks failed. They got wasted, ripped apart and thrown away in no time and they failed at providing me the support, comfort and agility I desired.

The Motus on the other hand excelled.

My primary concerns when running trails around Phoenix is grip and protection.

The grip is amazing. Those little studs kept me sure when jumping and running on large rocks, loose rocks, sand and gravel. I had the grip and confidence to push myself and my abilities each time I ran.

Protection on these trails is important. The rocks can cause serious injuries to barefoot runner.

Of course, not so much protection as to have traditional cushioned shoes, but enough not the allow most of the rocks to create a painful pressure point.

The 4.5-millimeter sole is perfect. It provides the desired protection and still retains enough feel in the foot for superb maneuverability.

Since 2011 I have had 17 pairs of Vivobarefoot shoes. I’ve been able to hone in on the two pairs I would and have purchase again and would like to have with me all the time at home or long and short travel trips. These would be the Motus reviewed here and the Mata.

Once we got back from Spain I’ve been on the trails nearly every day: each day it was for 3-5 miles.

Here is how the shoes, on the left, looked after those 45 days.  From mid-September to late December the shoe went from new to what you see here. As a result, it has been retired to other lighter duties, like yard work. Makes sure you see the second photo of the sole. 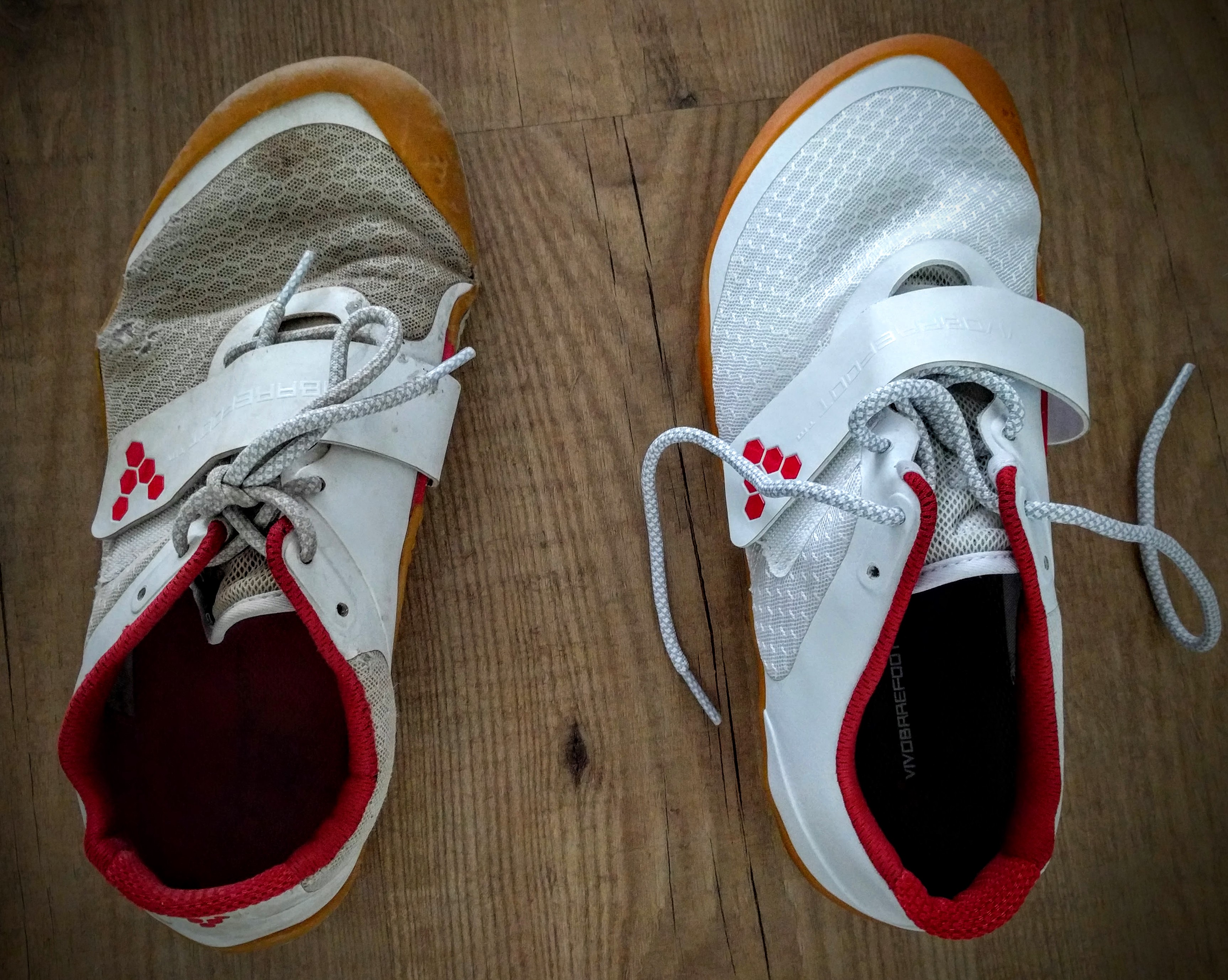 The retired 4-month-old Motus on the left and the replacement on the right.

While the top looks a bit grungy, the sole is the real reason these got retired.

The impact point has lost its traction and I started to have some slippage while running.  Also the sole became thinner because of the wear and some of the rougher rocks started to put additional prossure on my foot upon impact: not a good feeling on sharp rocks. 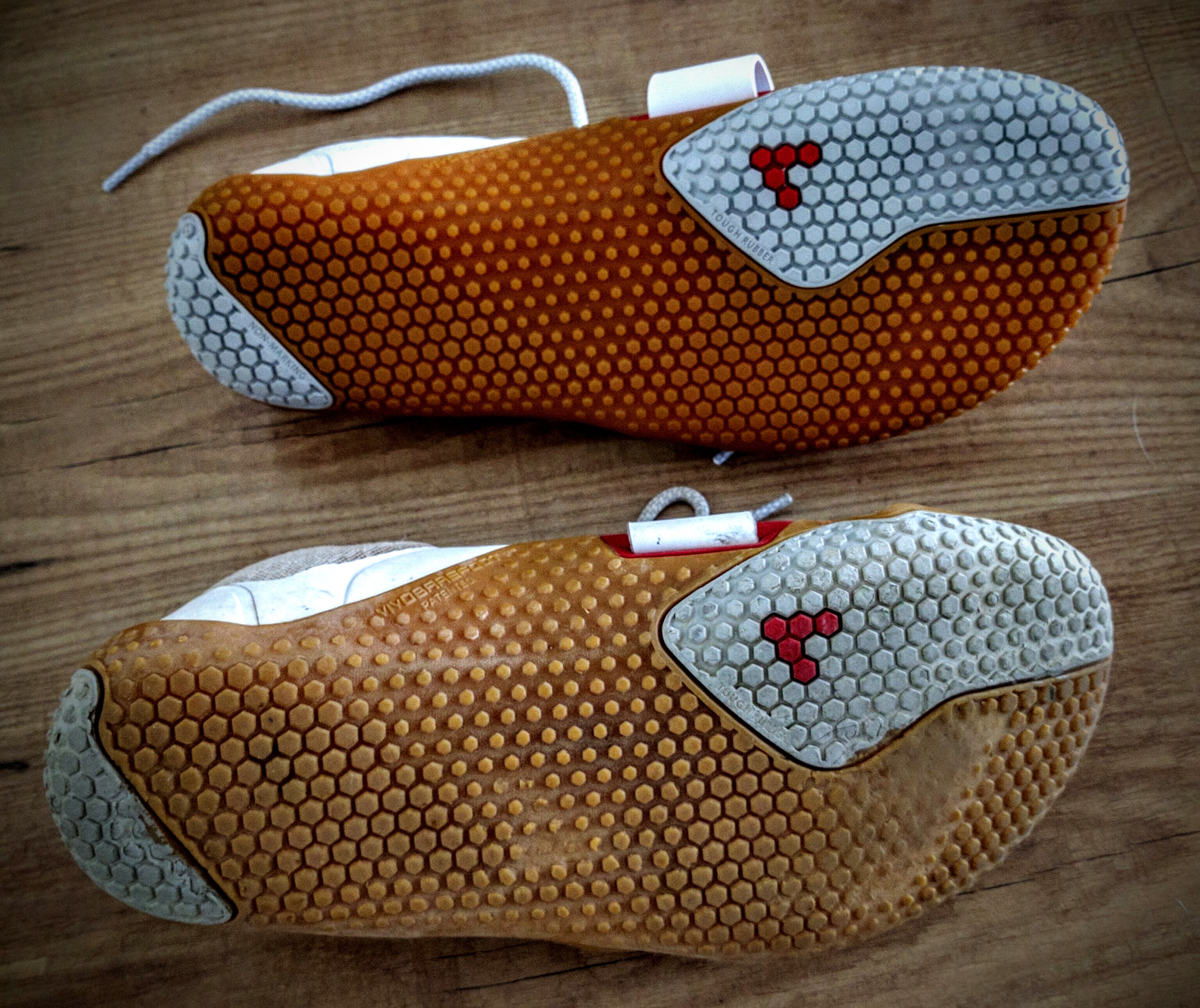 The new Motus on top and the retired one on the bottom.

As you can tell, I did replace them with the same shoe and I have two more pairs in my closet as spares. Purchased during the winter sale. I should be good for a while.

Traversing Iceland On A Mountain Bike

The Vivobarefoot Mata In Blue Canvas – 2016

Artur,
Thank you for your informative review. I am looking for a shoe for cycling. I raced for many years using the traditional hard sole, narrow cycling shoe. You mention that you use a flat pedal. Did you use a strap over the foot to allow a full pedal stroke? Did you have any foot pain due to flexing during the pedal stroke? Aside from a $1500 custom made pair of cycling shoes, there are no wide-toe box options.